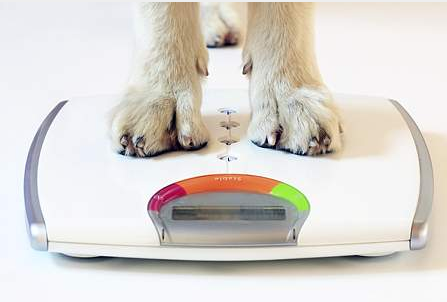 Canine obesity needs to be regarded as a serious issue and one that can no longer be ignored. The dilemma is that an overweight dog is more difficult to exercise, as obesity gives rise to respiratory and musculoskeletal issues that also have a negative impact on a dog’s quality of life and an already short lifespan.  Obesity can also increase the risk of other chronic diseases such as canine diabetes and heart disease, making canine obesity an important health concern in veterinary medicine. 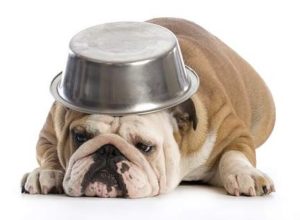 and programs for dogs are met with varied success, and it has been reported that few dogs are able to maintain their optimal body weight if they have developed a metabolic disorder linked to being overweight. As such, prevention is always better than the cure, and knowledge of predictive markers linked to canine obesity would certainly help to control this problem.

Although studies in human obesity have identified that a high birth weight and weight-gain during growth are classed as early risk factors for obesity in adulthood, it was not known if the same was true of dogs.

In a recent BMC Veterinary Research publication, a group of researchers from LUNAM University and Nantes-Atlantic College of Veterinary Medicine in France performed a longitudinal study in growing dogs to investigate predictive factors that could explain becoming overweight and obese in adulthood.

Beagle dogs from ten different litters were kept in a controlled environment and followed for two years after birth. Keeping dogs in identical conditions enabled researchers to measure growth, body composition and hormonal variations throughout maturation with reduced external variables. Although the sample size was small, the study did demonstrate differences in the development of obesity and becoming overweight between dogs matched for age, sex and breed.

It was determined that some dogs, despite being from the same breed and kept in the same conditions, are more susceptible to fat gain.  Body weight of the mother and father were positively correlated to that of their offspring, highlighting a possible parental link to canine obesity that requires further investigation.

Unlike humans, neonatal bodyweight did not appear to be correlated with becoming overweight later in life. The earliest predictive marker was thought to be at 2 weeks after birth, where it was observed that puppies which had a growth rate greater than 125% were significantly more likely to be in the “overweight” group; a finding that is comparable to human studies, which have shown that high weight gain in early life stages is associated with the development of adult obesity. However, it was unclear whether the dam’s milk and/or litter size had an impact on the overweight status. 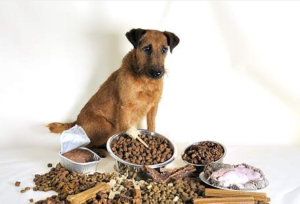 These preliminary results are encouraging, and such knowledge about predictive factors of obesity should be used by breeders and veterinarians to make dietary recommendations earlier in life. Dogs with a high growth rate during the first two weeks and high body composition score at 7 months should be started on a restricted diet early on, to ensure dogs maintain a healthy weight and better quality of life.

We always advise speaking to your veterinarian if you are concerned about your dog’s weight before placing them on a calorie controlled diet.  However, we hope that a greater awareness of the causes and risks of canine obesity will help to “slim down” (sorry!) this current epidemic.

Senior Editor at BMC Series
Hayley obtained her PhD in veterinary science from the University of Cardiff, UK before joining BMC in 2009. Following her time working in the veterinary and medical field, Hayley has been eager to support initiatives that champion innovation in research integrity processes. She is also the President of the International Association of Veterinary Editors, and is involved in running author and referee workshops to help encourage and support young researchers. Hayley is currently a Senior Editor for the BMC Series and regularly contributes to the BMC Series Blog.