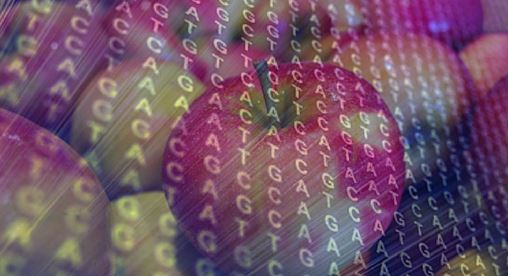 Studying the complexity of the relationship between nutrition and health
Pixabay

Fabio Virgili is Senior Scientist at the Food and Nutrition Research Centre of the Council for Agricultural Research and Economics in Roma, Italy. He graduated in Biology at the University of Rome and completed his Ph.D. on “Cellular and tissue pathology” at the University of Modena and Reggio Emilia, Italy.

What inspired your interest in food and nutrition research?

Let us quote the statements by two ancient gentlemen: the first one, named Hippocrates (4th century B.C.) said: “Let food be thy medicine and medicine be thy food”. The second one, Tito Lucretius Caro, in the first century B.C. said “what is food to one man, may be fierce poison to others”.

Believe it or not, the ancient thoughts expressed by these old gentlemen perfectly fit with the most recent nutrigenomic tenets. So, we can say that we were fascinated and seduced, just like they were in the far past, by the complexity of the relationship between nutrition and health.

Their intuitions still hold, but we can now explain their scientific basis. Our initial fascination was further corroborated by the most recent advancement in genetics and genomics, which opened novel, original avenues for nutrition research. Why then should we not dedicate our professional life to this topic?

How has the field progressed during your career?

Tremendously! Until a few decades ago we had very little understanding of the basic mechanisms of the nutrition-health relationship. The first real revolution occurred in the ’80s, when it was shown that some genes depend on dietary molecules for their regulation, a concept that nobody would have ever expected at that time.

Until a few decades ago we had very little understanding of the basic mechanisms of the nutrition-health relationship.

Since then, the technological advancements of molecular biology did the rest. They brought about an incredible conceptual leap. We now start to understand ‘what is inside us’ and how to make it work better. Not a minor issue!

What do you think has been the most exciting discovery over the past say ten years?

The evidence of human genetic diversity. The description of more than 80 million different genetic variants in Homo sapiens will have a smashing effect on biology and medicine.

We must face the evidence that human beings are metabolically unique, which means that ‘tailored nutrition’ is the best way to improve human health. Population studies are getting outdated!

Why did you decide to transfer the journal to open access publishing?

Simple: science should have the widest outreach! Open access is surely one expedient strategy to achieve it.

What do you hope the journal will achieve over the next five years?

We aim to be considered an ‘honest and reliable’ recipient for spreading scientific novelties in nutritional science.

We aim to be considered an ‘honest and reliable’ recipient for spreading scientific novelties in nutritional science. Not as simple as it may seem. Scientific literature is surely suffering from several ‘diseases’ at all levels, such as the constantly increasing number of scientific journals in all fields, the tendency to spread one’s results over as many articles as possible and, last but not least, the increasing difficulty in finding colleagues with enough ‘spare time’ to dedicate to accurate reviewing of submitted manuscripts.

These weaknesses put the robustness of scientific advancements at risk. There are probably ‘too many’ publications and this is likely driven by the increasingly hard competition for funding.

We understand all this being scientists ourselves, but we still believe that quality must be valued more than quantity when it comes to scientific publications, and this holds true also for our Editorial work!

We have learned a lot since Genes & Nutrition came to life in 2006, and we have become more demanding towards ourselves as well as towards our Authors. But we have come a long way since then, we have overcame many challenges, and today’s achievements are extremely rewarding not only for ourselves but also for all those who trusted Genes & Nutrition by choosing it as a recipient for their work.

More challenges are waiting for us ahead and we want to meet them all, so the philosophy must remain the same!