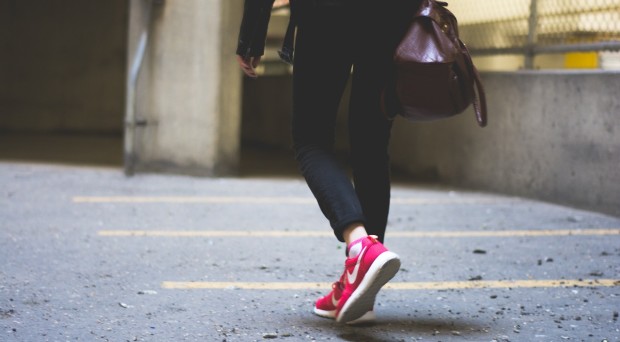 You don't need to leave a fingerprint, your shoes can give away where you've been.

Human skin and respiratory cavities are home to a vast array of microbial consortia that are readily dislodged and transferred to their surrounding environment. These communities are extremely diverse, with great variation both between individuals and between different body sites of the same individual. However, they are sufficiently stable over time so that interpersonal variation usually exceeds temporal variation.

Consequently, humans have unique ‘microbial fingerprints’ that may have great predictive power in both medical diagnostics and the emerging field of microbial forensics, which uses microbial signatures to determine interactions between individuals and objects.

Microbial exchange between humans and their surroundings has been studied at multiple scales. In some cases, microbial similarity has been used to match individuals to objects they’ve recently touched, such as computer keyboards.

On a larger scale, a recent study of the microbial communities residing in people’s home showed that the microbial signature of an individual’s skin can be highly predictive of the microbiota found on surfaces in their home.

In our latest publication in Microbiome, we were able to show that where someone has walked results in a strong and immediate impact on the microbiota of their shoes. We also found that the microbial signatures left on smartphones can be used to distinguish between individuals.

We demonstrated that individuals temporarily occupying the same space at scientific conferences become more ‘microbially’ similar in both their phones and shoes.

Lastly, we demonstrated that individuals temporarily occupying the same space at scientific conferences become more ‘microbially’ similar in both their phones and shoes. These findings demonstrate how microbial signatures can be used to infer interactions between people and objects they’ve recently touched.

But what uses do these discoveries have? Well, for starters, many crimes involve an individual interacting with stolen property or a weapon. The ability to distinguish between different microbial signatures provides another tool in the forensic toolbox for assessing whether someone touched an object or whether they were present at a particular location.

Ultimately, we believe microbial forensics could prove to be a revolutionary tool for criminal justice, much like fingerprinting or genotyping.

appealing, revealing and very informative, would certainly helpful in investigations too