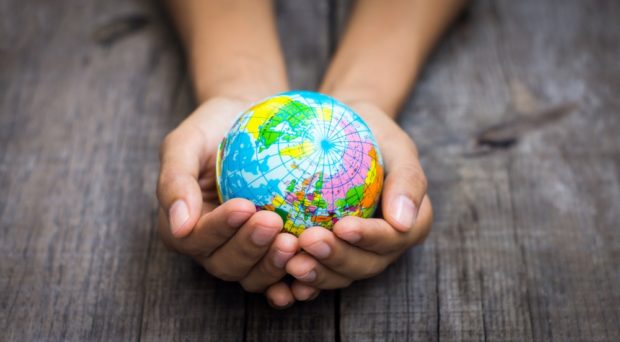 International Women’s Day is a time where changes which are needed to ensure gender equality are highlighted to increase awareness about the inequities present as well as celebrating the achievements of women who have overcome barriers. One of the action points listed for the #BeBoldForChange, is that which tackles violence against women. Gender based violence is often divided into two categories which are interlinked: Interpersonal and Structural/ Institutional. Broadly speaking, interpersonal violence refers to an act of violence such as physical, psychological and sexual violence perpetrated by an individual (i.e. partner or non-partner) against another. It is estimated that 35% of women worldwide have experienced either physical and/or sexual intimate partner violence or sexual violence by a non-partner at some point in their lifetime. It has also been found that globally, around 38% of women murdered were at the hands of a male intimate partner.

Structural/ institutional violence refers to systematic ways in which social structures harm or otherwise puts individuals at a disadvantage. It is the violence of injustice and inequity. These structures are violent because they result in avoidable deaths, illness and injury. By being built into the fabric of society (i.e. political and economic organization of our social world) it creates and maintains inequalities within and between different social groups, and also among ethnic-cultural or other minority groups. Structural violence creates barriers and prevents people from accessing the resources needed to develop their full human potential and also threatens the achievement of the Millennium Development Goals (MDG) which are a set of targets for improving the lives of the world’s poorest people.

Violence against women is a significant public health issue and a violation of human rights. It can have negative impacts on a woman’s physical, mental, sexual and reproductive health. It has been reported that women who have been physically or sexually abused by their partners are 16% more likely to have a low birth weight baby, more than twice as likely to have an abortion, 1.5 times more prone to acquire HIV, and almost twice as likely to experience depression.

Thematic Series: The Role of Structural and Interpersonal Violence in the Lives of Women

This is a cross-journal thematic series running in BMC Pregnancy and Childbirth and BMC Women’s Health. The aim of the article collection is to build a strong understanding of structural and interpersonal violence against women, to explore its prevalence, incidence and possible risk factors as well as to identify policy responses to address structural inequities that make women vulnerable to various forms of violence. There is a clear need to increase efforts across a range of domains to tackle and prevent violence from taking place and to provide the necessary support and service for those who have fallen victim to these circumstances. Through research, acquisition of data and information, decision making and policy can be informed to address, reduce and ultimately end violence against women. After all, equality and a life free of violence are basic human rights that belong to every person.

The article collection is currently open for submission. Published papers which form part of the collection can be accessed via its homepage (please click here).

The following are a few of the recent research published in BMC Pregnancy and Childbirth and BMC Women’s Health which form part of the cross-journal article collection.

Editorial : The role of structural and interpersonal violence in the lives of women: a conceptual shift in prevention of gender-based violence

Domestic violence among antenatal attendees in a Kathmandu hospital and its associated factors: a cross-sectional study

Prevalence and incidence of domestic violence during pregnancy and associated risk factors: a longitudinal cohort study in the south of Sweden

Intimate partner violence and psychosocial health, a cross-sectional study in a pregnant population

Assessing the feasibility of a web-based domestic violence intervention using chronic disease frameworks: reducing the burden of ‘treatment’ and promoting capacity for action in women abused by a partner

Women’s approval of domestic physical violence against wives: analysis of the Ghana demographic and health survey

Mapping the role of structural and interpersonal violence in the lives of women: implications for public health interventions and policy

Correlates of intimate partner violence against women during a time of rapid social transition in Rwanda: analysis of the 2005 and 2010 demographic and health surveys