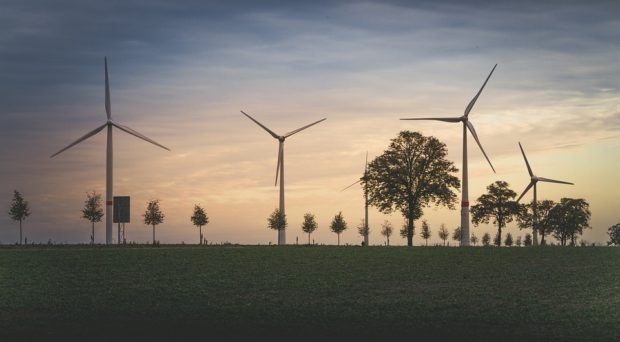 Given hydrogen is energy-intensive to produce, it must be used strategically and sparingly…Investing in hydrogen must be very focused on what direct use of renewables can’t solve

In our recently published paper in Sustainable Earth Reviews, we outline the reality that electrification has already surpassed many of the ‘hyped’ hydrogen applications.

Renewable power and batteries have rapidly dropped in costs as shown by the recent IPCC Mitigation Report and these technologies offer cheap options for decarbonizing the economy.

That said, there remains a need for the strategic and intelligent use of hydrogen in those applications for which there are little to no zero-carbon alternatives.

If we are not strategic in the application of hydrogen, we risk supporting the development of a relatively energy-intensive technology that increases costs, and that could jeopardize the achievement of net zero by 2050.

It’s time the world focuses on where we can get best bang for our buck when it comes to hydrogen.

Why can’t we simply use hydrogen for everything?

While it is true that hydrogen is the most abundant element in the universe, rarely is it freely available.

This means that it must be unlocked from water (H2O) or fossil fuels like methane (CH4), and then compressed or liquefied for transport and use. These steps waste a lot of energy, and in some cases also still produce emissions.

We are now approaching having only 25 years to achieve net zero globally in order to avoid the worst potential consequences of human-induced climate change.

To achieve this goal it is critical that we use renewable energy as efficiently as possible to maximize emissions reductions.

Given hydrogen is energy-intensive to produce, it must be used strategically and sparingly to not force an even more massive increase in renewable energy production, beyond the unprecedented levels already required, when the option of using renewables directly to solve decarbonization is much more attractive economically.

Investing in hydrogen must be very focused on what direct use of renewables can’t solve.

While electrification has emerged as the most energy-efficient and cost-effective pathway for decarbonizing the majority of the global economy, there are still some applications where electrification is expected to remain challenging for the foreseeable future.

It is these applications that renewable hydrogen — produced from wind, solar and hydro energy — will be most important.

Renewable hydrogen has a critical role to play in:

These applications have no other possible decarbonization option and some, like fertilizers and green steel, are attracting large investment in demonstration projects.

They are all expensive at this stage of their development so the mainstream application is likely to be decades away.

Meanwhile, lobbying continues to set up major infrastructure for the widespread application of hydrogen or to use hydrogen labelled with different colors which, apart from green hydrogen, are simply not good enough as they depend on fossil fuels.

This is particularly obvious when the use of hydrogen in land transport is considered.

The widespread use of hydrogen in applications like road transport e.g. cars and trucks, is unlikely in the near term. Hydrogen vehicles will always consume two to four times more energy than battery electric vehicles.

This is simply due to the laws of physics, and therefore cannot be resolved by technological improvements.

The need to create infrastructure for a potential hydrogen fleet of trucks and trains is a waste of money and resources at this time.

If hydrogen fuel cell vehicles and their distribution infrastructure find ways to significantly reduce their costs through breakthroughs in the next decades, then it may be worthwhile considering. But not until then.

We cannot afford to waste renewable hydrogen, and in turn, renewable energy, on applications where electrification is already feasible, or will be feasible in the near term. We instead must focus on those applications where we have little to no alternative to hydrogen.

To achieve this, countries around the world need to sign up to a strategic roadmap for hydrogen and move away from those applications like land transport where it is already not a feasible or practical competitor.

A similar argument can be made about using hydrogen in natural gas pipelines for residential heating and cooking.

There are serious issues with the distribution network making such a change to accommodate hydrogen in more than very small proportions, and the reality is that heat pumps and inductive cooking stoves, based on renewable electricity, can immediately be used as a very cost-effective alternative.

So, what can we do to make progress on what hydrogen is likely to be critical for in the economy of the future?

A strategic roadmap for hydrogen applications

Policymakers, together with industry, have a critical role to play in prioritizing the strategic application of hydrogen.

This evidence-based roadmap presents a clear overview of the four key steps that policy-makers and industry should follow to maximize the emission reduction potential of hydrogen.

As a first step, significant investment will be required in renewable energy generation to support the decarbonization of the global economy, including the production of renewable hydrogen.

Third, we must support research and development in those hydrogen applications which are not yet competitive, but are unavoidable on the journey to net zero.

Finally, while it is still too early to say whether hydrogen will play a role in some applications — such as long-haul trucking and residential heating — policymakers and industry should continue to monitor developments, but not prioritize these applications in the near-term.

Subsidizing infrastructure for such options is more than likely going to be money wasted and all of it is needed for what is already proven to work.

Only with this strategic approach will it be possible to make a clear determination as to how much of the global economy can afford to transition to hydrogen.

Renewable hydrogen is a scarce and valuable resource.

An acceleration in the ramp-up of renewable hydrogen is critical for achieving net zero emissions for particular unavoidable parts of the economy, but countries must follow a strategic roadmap.

Only then can at least the remnants of a hydrogen economy be truly realized whilst enabling renewable energy to be focused on its commercially proven successes. 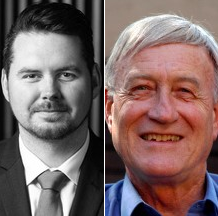 Jake Whitehead holds two PhDs in transport science and transport engineering. He is recognized as an international expert in sustainable transport policy and engineering with more than 15 years’ experience working across industry, government and academia in Australia and Europe.

Peter Newman is the Professor of Sustainability at Curtin University and is an Editor-in-Chief for Sustainable Earth Reviews. Peter has written 23 books and over 400 papers on sustainable cities and decarbonization policy.