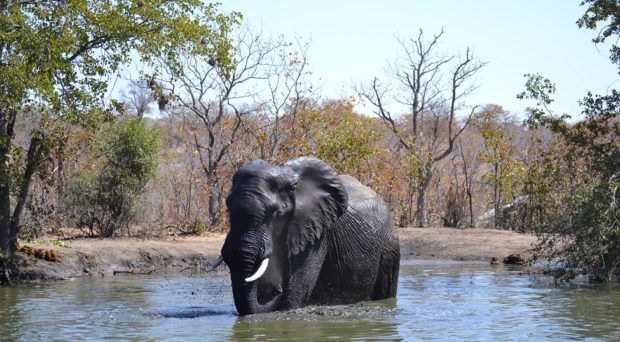 If there’s one thing people use to document a safari experience, it’s photographs. People can come back with dozens or even hundreds. Some of the snapshots might be a blurry image of a cheetah on the horizon. But others can capture the experience of an encounter and underlie our memories of it. For example, I’ll never forget the morning I photographed a hyena in Kruger National Park with the face of a lion cub in her mouth.

What my colleagues Dr Caitlin Black (then my Postdoctoral Research Assistant at Cambridge University) and Dr Michelle Henley (Director of the non-profit Elephants Alive) and I wanted to do was to see whether we could pull even more data than originally intended out of survey photographs of elephants. Perhaps the distance between the observer and subject wasn’t known, but could we use ratios in terms of pixels on a photograph rather than cm on a tape measure to give us data? We were looking specifically at tusk size, age and whether males were in a state called, “musth” when they are exposed to high levels of male hormones, which affects their body and behavior.

We had a fantastic resource to test out these ideas: Michelle and her team have officially been surveying elephants in the Associated Private Nature Reserves, adjacent to Kruger National Park in South Africa, since 2003. During that time, they had taken over 30,000 images of male elephants. Out of these, we were able to analyse 2,013 images of 406 individual males.

We compared ratios between body measurements extracted from the survey photographs to those taken the old-fashioned way with a tape measure when those same elephants had been darted and anesthetized so they could be fitted with satellite tracking collars. We recommend the use of two ratios in particular: tusk length to tusk diameter and tusk length to body height. The tusk length to body height ratio proved to be valid compared to ratios calculated from field measurements of the darted elephants, so can be used to compare tusk size between individual elephants. Likewise, the tusk length to tusk diameter ratio was also a valid method to estimate the age of elephants.

To determine musth status or sexual state, we used the visual signs of musth from the photos, including urine dribbling and splashes of urine on the back of legs, and secretion from temporal glands. These matched well with observer reports of whether or not the elephants were in musth.

Overall, our study shows that age, sexual state, and relative body measurements can be accurately and non-invasively measured by extracting the data from survey photos. Moreover, the photo database, originally created to identify individuals, provided morphometric information from over 40% of individual elephants. Although this method does not provide information on traditional morphometric measurements (e.g. tusk length in cm), it does let us use relative tusk size to compare individuals.

Our method has potential to provide ecologists, reserve managers, and others conservation researchers with a tool to objectively identify the age and relative size of male elephants. Since it’s expensive and potentially risky to dart large numbers of these animals, the method might be useful and applied to other datasets or other species.

So next time you take a snapshot of wildlife, remember that you might have captured more than just a memory, you might be looking at some important data. 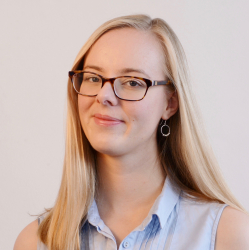 Dr. Hannah Mumby is an ecologist and conservation scientist, Principal Investigator of the Bull Elephant Network Project and Assistant Professor at the University of Hong Kong. Her research is directed to using concepts from behavioural ecology, life history and population genetics to address the conservation of large mammals.