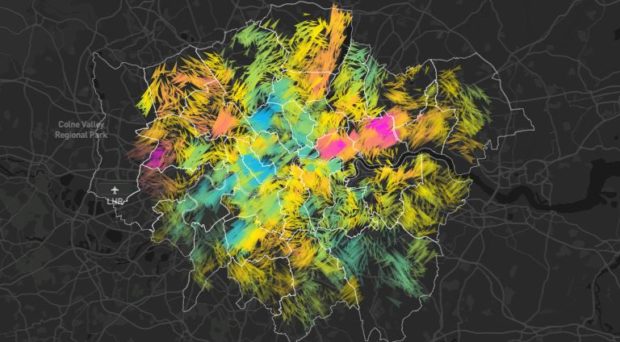 This is blog post was originally published in Medium.

This result comes from our latest project “Poor but Healthy”, which was published in EPJ Data Science, and comes with a @tobi_vierzwo’s stunningly beautiful map of London I invite all of you to explore.

Why are we interested in urban health? In our cities, food is cheap and exercise discretionary, and health takes its toll. Half of European citizens will be obese by 2050, and obesity and its diseases are likely to reach crisis proportions. In this project, we set out to show that fidelity cards of grocery stores represent a treasure trove of health data — they can be used not only to (e)mail discount coupons to customers but also to effectively track a neighbourhood’s health in real-time for an entire city or even an entire country.

In research circles, the impact of eating habits on people’s health has mostly been studied using dietary surveys, which are costly and of limited scale.

To complement these surveys, we have recently resorted to grocery fidelity cards. We analyzed the anonymized records of 1.6B grocery items purchased by 1.6M grocery store customers in London over one whole year, and combined them with 1.1B medical prescriptions.

In so doing, we found that, as one expects, the “trick” to not being associated with chronic diseases is eating less what we instinctively like (e.g., sugar, carbohydrates), balancing all the nutrients, and avoiding the (big) quantities that are readily available. These results come as no surprise yet speak to the validity of using fidelity cards to capture health outcomes.

More interestingly, we also found that our food consumption metrics predict neighbourhood prevalence of diabetes, hypertension, and high cholesterol with an accuracy as high as 91%. Predictions are accurate even when they are based on two predictive factors only: amount of calories, and diversity of nutrients.

Surprisingly, in terms of illnesses, socio-economic conditions matter less than food habits: socio-economically deprived areas with healthy eating habits do not tend to be associated with the three diseases.

These results suggest that fidelity cards could be put to new uses in the near future: mining fidelity card data will make it possible to track community health in real time at an unprecedented scale. 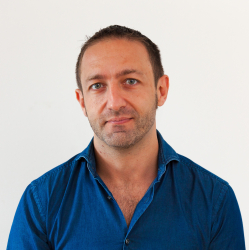 Daniele Quercia is Department Head of Social Dynamics at Nokia Bell Labs Cambridge (UK) and Professor of Urban Informatics at the Center for Urban Science and Progress (CUSP) at King's College London. He has been named one of Fortune magazine's 2014 Data All-Stars, and spoke about “happy maps” at TED.