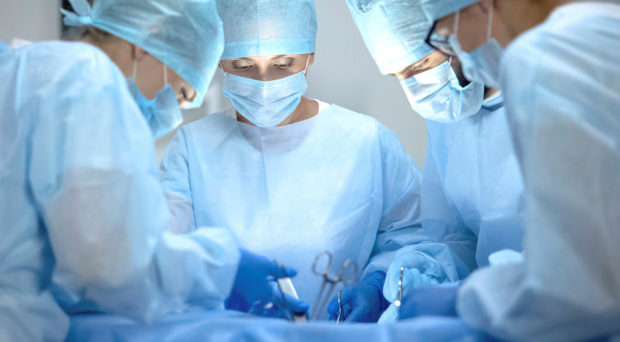 Around 21,000 people undergo open-heart surgery to repair or replace a heart valve every year in the UK. As many as 12,500 of these individuals will experience some degree of brain injury as a result of their surgery.

The severity of brain injury can vary. In most people the symptoms are mild such as confusion and memory problems, and many are unaware that they have even had any brain injury. Unfortunately, in some people brain injury can be severe. Up to six people in every 100 will have a stroke after their surgery.

As the average age of the surgical population is steadily increasing, brain injury due to open heart surgery may be responsible for an increased burden on health care providers with longer hospital stays, slower recovery, and poorer quality of life, and may even cause chronic or progressive dementia.

Experts believe that brain injury happens because tiny bubbles of air enter the bloodstream when the heart is opened during surgery. These tiny air bubbles travel to the brain and block small blood vessels, preventing blood from flowing to that area and causing damage.

However, there is currently no definitive evidence to recommend the use of carbon dioxide insufflation. Some cardiac surgery centers in the UK use it routinely while others do not use it at all.

Researchers in Bristol are currently setting up a study to investigate whether carbon dioxide insufflation is effective at reducing brain injury. The CO2 study is a multicenter, placebo-controlled, blinded, randomized controlled trial run by the Bristol Trials Centre, which will evaluate if carbon dioxide insufflation is protective against brain injury in patients undergoing open-heart valve surgery by comparing it to a placebo, medical air, in addition to standard de-airing techniques.

This study will use a new and sensitive imaging technique to identify brain injury called diffusion-weighted imaging (DW MRI). Unlike standard MRI or CT imaging, DW MRI detects brain injury (lesions) within minutes of the injury occurring so a pre-surgery scan is not required.

Because the technique is so sensitive, it can identify very small lesions that would not be seen using on conventional imaging. Many of these small lesions will disappear with time, therefore for optimal identification scans should be completed within a week of surgery.

Neurocognitive function tests can also detect the effects of brain injury following open heart surgery, but these tests are influenced by external factors such as pain medication, so may not reflect true brain injury.

We hope to recruit 704 participants aged 50 years of age and over who are undergoing planned open-heart valve surgery from across the UK to take part in the study.

Participants will undergo a brain DW MRI ideally between 2-7 days after surgery. Images will be reviewed by a Clinical Neuroradiologist at the Wellcome Centre for Integrative Imaging at the University of Oxford who will report the age, number and size of any lesions present.

We will compare the number and size of lesions seen on the images between patients who have had carbon dioxide or air blown over their heart during surgery to determine whether there is a difference between the groups. Study participants will also undergo neurocognitive tests prior to surgery, and then 3 days and 3 months after their surgery.

This project (17/145/40) is funded by the Efficacy and Mechanism Evaluation (EME) Programme, a Medical Research Council (MRC) and National Institute for Health Research (NIHR) partnership. The views expressed in this publication are those of the author(s) and not necessarily those of the MRC, NIHR or the Department of Health and Social Care. 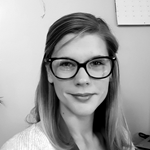 Rachel Todd is a Senior Research Associate in Clinical Trials Management at the Bristol Trials Centre (Bristol Trials Centre) and manages the CO2 study. She has worked on a variety of clinical trials and is particularly interested in trial methodology research and improving the participant experience.