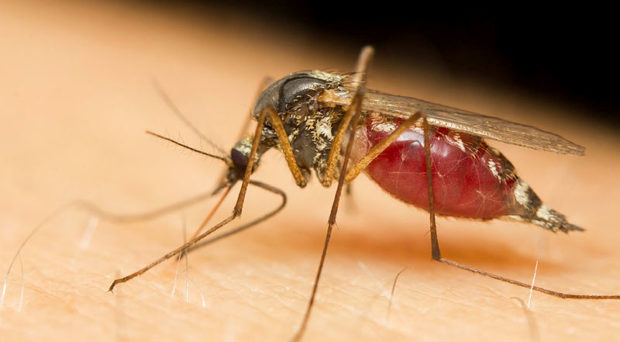 Malaria is a life-threatening disease that is transmitted through the bite of an infected female Anopheles mosquito. It is the most important human parasitic disease, infecting about 200 million people worldwide and causing nearly 400,000 deaths each year.

Even though there are over 100 recognized species, only five are known to infect human beings. Of these species, Plasmodium vivax accounts for 20% of cases worldwide and causes almost half of all the cases of malaria outside of Africa.

Even with a relatively low amount circulating during the blood stage compared to other species, it has been shown to relapse within weeks to months following the primary infection, making it difficult to eliminate and increasing the risk of severe infection and fatal outcomes.

Radical cure and the evolution of a new treatment

For decades most therapeutics for malaria targeted the P. falciprium species and were generalized for the treatment of P. vivax malaria. Several studies from across Asia and South America have shown that patients with P. vivax malaria treated with only chloroquine (the standard anti-malarial) had a high risk of relapse without continuing treatment for 14 days after travel.

Another drug frequently and effectively used to prevent relapse, primaquine, has been found to cause potentially life-threatening hemolytic anemia in patients who have glucose-6-phosphate dehydrogenase deficiency. This is a common enzyme deficiency, especially so in areas where malaria is endemic where it confers some natural protection.

Primaquine has been found to cause potentially life-threatening hemolytic anemia in patients who have glucose-6-phosphate dehydrogenase deficiency.

In 2018 the United States Food and Drug Administration approved the use of a new drug called tafenoquine to prevent all malarias and prevent relapse in P. vivax and P. ovale. This was an important step forward as it overcomes several of the drawbacks of primaquine.

Firstly, it requires dosing only weekly, not daily as is currently the case with primaquine, due to tafenoquine’s comparatively long half-life, which provides travelers with a convenient low pill burden option. It is also effective in the bloodstream, which minimizes the chances of breakthrough malarial infections.

However, the drug does not overcome the potential toxicity in patients who would be affected by primaquine, who are concentrated in malaria-endemic areas.

Currently, as tafenoquine is only recommended for those 16 years of age or older, studies are currently underway to assess its safety and proper formulation for use in children (November 2019 – NCT02563496).

The mechanism of tafenoquine metabolism in humans is currently unknown.

The mechanism of tafenoquine metabolism in humans is currently unknown and extensive research is required in order to answer this important question, which will be essential for predicting drug interactions.

Most of the safety and efficacy studies to date have not observed side effects beyond 6 months, so future clinical trials will need to look at the long-term consequences of tafenoquine use (October 2020 – NCT03320174).

Tafenoquine is a long-acting new drug with broad anti-malarial activity. A single dose has been shown to be equally effective to 14 days of primaquine for a radical cure of P. vivax in combination when administered in combination with chloroquine.

However, like primaquine, tafenoquine does not manage to overcome the potential hemolytic toxicity in patients with glucose-6-phosphate dehydrogenase deficiency. However, tafenoquine is useful for prophylaxis in travelers to areas where P. falciparum and P. vivax are both in circulation.

Dr. Kevin Schwartz is a paediatrician, infectious disease and tropical medicine specialist in Toronto as well as an academic infection control and antimicrobial stewardship physician at Public Health Ontario. His research interests include vaccine preventable diseases and antimicrobial stewardship with a particular focus on improving community antibiotic use to slow the emergence of drug resistant infections.

Emma Hagopian is a recent graduate of the University of Toronto with an Honours Bachelor of Science. She currently is a research associate working in the Tropical Disease Unit at Toronto General Hospital. She hopes to pursue a career in public health and medicine.

Hira Raheel is a first-year medical student at the University of Toronto. Prior to medical school, Hira completed a Master's in Medical Science, where she studied the transport of albumin across our blood vessels. Hira is exploring her interest in Tropical Diseases and clinical research at Dr. Boggild’s lab making her transition into medical school much more enjoyable.

Dr. Andrea Boggild is an Associate Professor in the Department of Medicine at the University of Toronto, and is the Medical Director of the Tropical Disease Unit at Toronto General Hospital. In addition, she is the Parasitology Lead for the Public Health Ontario Laboratory. As a Clinician Scientist, she leads international research collaborations in the field of tropical medicine.