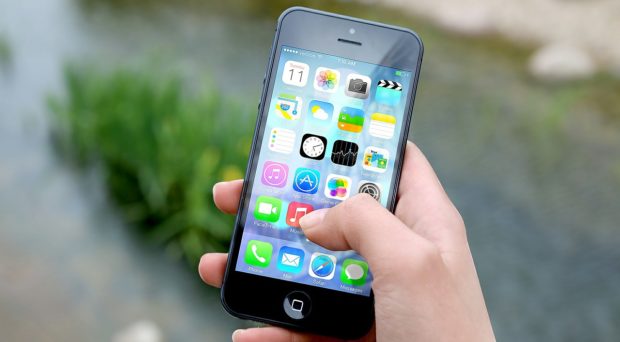 Unless you have been living on Mars for the last few months, you couldn’t possibly have failed to come across the latest smartphone app craze, Pokémon Go. Admittedly I haven’t downloaded it on my own phone (perhaps I’ll use writing this blog as an excuse to do so), but this augmented reality game has become something of a global phenomenon. Amazingly, it’s also been credited with both physical and mental health benefits, with players spending many hours outside, walking miles to find and capture digital creatures called Pokémon.

Not all mobile phone apps with a health benefit tag capture the public imagination in quite the same way as Pokémon Go of course, but they are certainly big business. According to a recent article in The Economist, there are currently around 165K health-related apps available for either Apple or Android phones and it’s been predicted that the global revenue from these products will reach $21.1 billion in 2018.

Healthcare services by phone, however, don’t have to be high tech. Although many people in low- and middle-income countries (LMICs) own a mobile phone, far fewer of them own a smartphone compared to people living in high income countries, and simple text messages are increasingly being used as a tool in a number of healthcare-related settings.

As a Database Editor for the ISRCTN registry, I’ve noticed an upsurge in the number of studies being registered that involve the testing of mHealth technology, so I thought  this would be a good opportunity to introduce just some of the research happening in this area.

So, what is mHealth?

In a nutshell, mHealth (short for mobile health) is used to describe medical and public health support provided via the use of mobile devices, particularly communication devices, such as tablets, personal digital assistants (PDAs) and, most notably, mobile phones. mHealth is, in itself, a type of eHealth support. eHealth is a term that has been used since the late 1990s and encapsulates healthcare support though information technology. Examples other than mHealth include Telemedicine (initially developed as a way to monitor patients remotely) and Health Informatics.

mHealth technologies range from the most basic text messaging systems to highly interactive smartphone apps. Examples of text messaging services include appointment reminders, chronic disease management, laboratory results notifications and behavior modification tools (helping people to stop smoking, for example, or do more exercise). Many UK patients are now routinely given GP or hospital appointment reminders by text. There are also a number of studies researching the use of mHealth text messages in the ISRCTN registry, including this one in Burkina Faso investigating whether they can encourage people with HIV to take their antiretroviral medication.

More advanced technologies which use mHealth applications on smartphones are now commonplace among healthcare professionals, and are being used in a myriad of different ways. This study currently being run in Italy and Switzerland, for example, is testing a more sophisticated smartphone app that gives parents information about the MMR vaccination though interactive phone software that includes videos, messages and a gaming element.

Mobile phone apps can also be used to monitor health in the community and manage patient’s health conditions from a different location. This recently published study, evaluated an mHealth app that encouraged better pregnancy tracking by health surveillance assistants in Malawi. And then there is the PANDA system, a program run in Madagascar which enabled health workers to remotely monitor the well-being of pregnant women, sending them appointments to attend a local hospital according to the information sent to them by a mHealth app.

It’s possible that, in some cases, mobile phone applications can help plug current gaps in health treatments; most notably mental health issues. Data from the World Health Organization suggests that some 50% of people with mental health problems in high income countries are not receiving the treatment that they need; this figure shoots up to a shocking 85% in LMICs. Internet-based cognitive behavioral therapy (CBT) treatments have been shown to be an effective alternative to face-to-face sessions. However, there is little evidence currently available to prove that the same could be seen for mHealth apps.

Some 50% of people with mental health problems in high income countries are not receiving the treatment that they need; this figure shoots up to a shocking 85% in low and middle-income countries.

It is an active area of research, however. This study, recently registered in the ISRCTN registry, for example, looked at helping people to manage their anxiety disorder via a mHealth game that helped them to control their breathing and ease their symptoms. Another group, located in Switzerland, are looking at whether a self-help program is more effective when provided via the web or via a smartphone app.

And the University of Sheffield are currently running a study testing the feasibility of combining face-to-face counseling sessions with a wellness mHealth app for students suffering from anxiety and depression.

When you ask people about what they think mHealth apps are, or which ones they have used, I think that it’s likely that they will list ones that encourage more exercise and healthy eating. Indeed several sources (including this one) list both diet and exercise apps in the top 5.

A search through ISRCTN certainly suggests that there have been some research into developing such apps in recent years.

Norwegian football teams, for example, have been trying out a smartphone app that may help to prevent them developing a groin injury during play. And a team of researchers from the University of Newcastle recently ran a study looking at how a diet may be used to treat gestational diabetes (diabetes that develops during pregnancy), which involved the participants keeping a food diary on a freely available mHealth app called MyFitnessPal.

I mentioned smoking cessation mobile phone apps in a blog post last year, including one by Bupa that provides information on how to stop smoking, monitors the smokers progress and provides an interactive toolbox to help with cravings. A more recent addition to the ISRCTN registry is the  Motivation 2 Quit study, which is looking into helping people to stop smoking via a package of measures, including using recommended smartphone apps.

The potential of mHealth apps is considerable, especially as over a third of the world’s population is predicted to own a smartphone by 2017. They provide a cheap (and often free) way to provide health-related education and support. It is, however, clear that there needs to be more research to investigate how effective they really are. At the moment we are just exiting the world of hype and are ready for the world of evidence.

Editor at Biomed Central
Alison is a Team Manager for the BMC-series. She studied at the University of Reading completing a PhD on investigating the effects of mutations on the structure of p53. After working for a time in academia, she joined BioMed Central in May 2014, as a Database Editor for the ISRCTN registry. Alison joined the BMC-series in November 2016 and is the editor for a number of biology journals, including BMC Bioinformatics and BMC Ecology and Evolution.