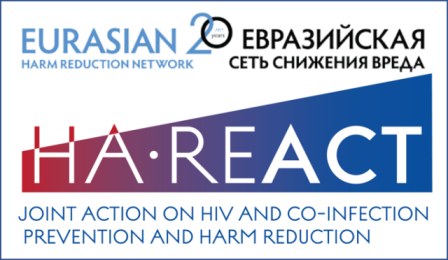 In early April, as part of my work in HA-REACT, I helped organise a half-day meeting in Vilnius at Harm Reduction in the New Environment, the very first regional harm reduction conference for Eastern Europe and Central Asia. (See my earlier blog post on the first two days of the conference.) The meeting focused on the part of the Joint Action devoted to the sustainability and long-term funding of harm reduction programmes, and the 27 participants came from 15 EU countries and included both NGO and government representatives.

The bulk of our meeting was devoted to two subjects: how to make the case for funding harm reduction programmes, and the use of alternative funding mechanisms, particularly bonds.

”Perhaps we should start talking about it as health promotion rather than harm reduction.”

Charles Gore, founder of the World Hepatitis Alliance, began by sketching out some of the main funding issues. He said that in the absence of major outside funders, the biggest challenge now is to get countries to increase their commitment to harm reduction. Advocacy is critical, and the key argument to make is that harm reduction saves money. He also suggested framing it more positively, saying, “Perhaps we should start talking about it as health promotion rather than harm reduction.”

Gore identified several ways to make existing resources stretch farther, including pooled procurement, integrating harm reduction efforts with existing disease efforts and generally working more efficiently. For instance, it should be simple to provide direct-acting antivirals at the same time as methadone or buprenorphine – not only cutting costs, but also expanding the number of people on each treatment. He concluded that the costs of harm reduction are small in comparison with the significant investment going into HCV drugs, while economising on harm reduction will increase the number of new cases requiring expensive treatment.

Since it’s difficult for governments to finance a scale-up of harm reduction through conventional methods of funding health expenditure, they should take advantage of the many alternative funding mechanisms used by public-private partnerships in other sectors.

Rob Walton, presenting on behalf of the Hepatitis B & C Public Policy Association, argued that since it’s difficult for governments to finance a scale-up of harm reduction through conventional methods of funding health expenditure, they should take advantage of the many alternative funding mechanisms used by public-private partnerships in other sectors. These mechanisms fall into four categories: secured lending, unsecured lending, bond financing, and equity or quasi-equity investment. As an example, he described how floating a 30-year bond issue to scale up harm reduction would require little or no public outlay, while investors made money, the government saved on long-term health costs – and public health improved.

If we are to eliminate hepatitis C, we have to find ways to fund harm reduction now.

The evidence shows that harm reduction has numerous health and social benefits, and one way forward is to frame it in terms of hepatitis C elimination. And conversely, harm reduction needs to be the cornerstone of any hepatitis elimination strategy. Across the WHO European Region, half of PWID are living with hepatitis C. Yet even in the EU, only half of people who use opioids are on OST, and access to NSPs is similarly limited. [1] If we are to eliminate hepatitis C, we have to find ways to fund harm reduction now.

The Harm Reduction in the New Environment conference was packed with inspiring presentations on funding strategies, social and medical care for people who use drugs, and harm reduction as a pathway to effective and humane drug policies. You can find the presentations by going to this link and scrolling down.