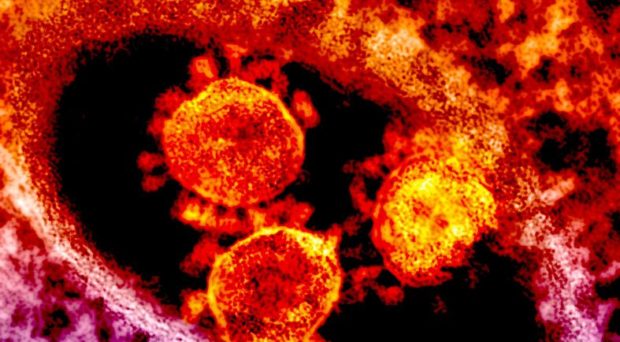 The global pandemic of COVID-19 and its huge social and economic impact have drawn great attention to highly pathogenic human coronaviruses. Coronaviruses can infect mammals and birds, including livestock and companion animals. So they are not only a challenge for public health but also a concern for the veterinary and economic implications.

In the past 20 years, two other epidemics caused by coronaviruses emerged in humans include severe acute respiratory syndrome (SARS) and Middle East respiratory syndrome (MERS), which were discovered in 2003 and 2012, respectively. Although the previous epidemics raised awareness of the need for clinically therapeutic or preventive interventions, no effective treatments are available up to now.

MERS is a respiratory infectious disease first discovered in the Kingdom of Saudi Arabia (KSA) and caused by the Middle East respiratory syndrome coronavirus (MERS-CoV) which can be highly pathogenic in humans, with a case fatality ratio of about 35% according to the World Health Organization (WHO). Individuals infected with MERS-CoV may experience none, mild or severe respiratory illnesses or even death. This made it difficult to distinguish this virus from other similar respiratory diseases.

MERS has gradually spread from the main epidemic areas in the Middle East to 27 countries on four continents. The vast majority of MERS cases were reported by the Saudi Arabia, followed by South Korea. Frequent travelers from and to the Middle East have raised the concern about a global pandemic, given the lack of effective treatment and prevention strategies. Back in February 2018, WHO formally incorporated MERS-CoV into the Research and Development Blueprint to promote research in this area.

No known human SARS cases have been reported anywhere since 2005. In contrast, numerous consecutive MERS cases and clusters of infections have been reported by WHO since September 2012. In the midst of the pandemic of severe acute respiratory syndrome coronavirus 2 (SARS-CoV-2), it is natural to raise an important question: can recombination occur between MERS-CoV and SARS-CoV-2?

In theory, the possibility of recombination between two coronaviruses cannot be totally ruled out if co-infection of the same host occurs, as their host species do overlap, such as humans and bats. A recent study suggested that a recombination between two viruses is in fact possible and urged laboratories to develop diagnostic capability for the detection of recombined coronaviruses in patient samples in high-risk areas such as the Middle East. In addition, some evolutionary characteristics of MERS-CoV, such as which genes are subject to positive selection, also need to be closely monitored.

A huge number of studies are currently focusing on SARS-CoV-2. We think that it is also crucial to understand the epidemiological characteristics and evolutionary history for MERS-CoV at the same time, as the two coronaviruses are genetically related.

Supported by my team, we spent a lot of time and efforts in collecting comprehensive data of all confirmed MERS cases and related information up to 1 June, 2020. Based on that, we assembled three datasets:

Based on these datasets, we made an in-depth analysis of the epidemiology of MERS and phylogenetic evolution of MERS-CoV in the most affected regions. This provided a picture about both population and molecular epidemiology of this pathogen, identifying high-risk populations and areas that require public health surveillance and interventions to control the endemic pathogen and to prevent a potential pandemic.

We mapped the distribution of human MERS cases combined with the transmission type in the world. We found zoonotic infections only occurred in the Middle East, although cases with animal contact had also been imported into Europe and Southeast Asia. Our analyses revealed that patients ≥65 years old or with underlying conditions had a significantly higher risk of death, and first found that the effect of animal contact on the risk of death depends on both age and sex.

The spatiotemporal maps of geographic expansion of MERS showed that the disease spread more rapidly towards the east (United Arab Emirates and Oman) than towards other directions since it was first reported in Bisha, central-west Saudi Arabia in September 2012. The diffusion appears to be accelerating in recent years. Our phylo-geographic analysis showed that the spatiotemporal transmission pattern of main clade was characterized by intense local migration within the Middle East and occasional long distance exportation.

We urgently suggest that viral mutants should be closely monitored via active surveillance in both animal and human hosts. While the rapid development of SARS-CoV-2 vaccines shed lights on how to advance MERS-CoV vaccine candidates, non-pharmaceutical interventions and animal vaccines should be planned ahead to delay or block the adaptation of MERS-CoV at the source. 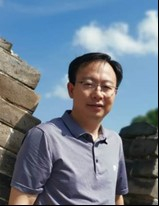