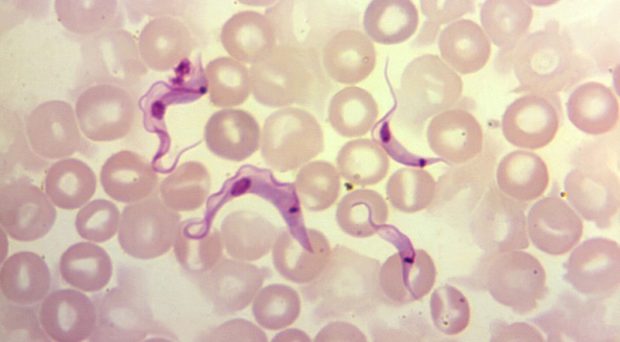 Chagas disease, caused by the protozoan parasite Trypanosoma cruzi, is considered the most important human parasitic infection in Latin America, particularly in the Gran Chaco region of Argentina, Bolivia and Paraguay. T. cruzi is split into six genetic lineages TcI- TcVI, with a possible seventh TcBat.  Transmission occurs primarily via the blood-feeding triatomine bug; parasites in bug faeces enter the host through mucosal membranes or abraded skin. Other transmission routes include, congenital, by blood or organ donation, and orally via contaminated food or drink.

The acute stage is usually asymptomatic or without specific symptoms, although in some cases fatalities occur. The chronic phase usually develops decades after initial infection, in approximately 30% of individuals, and presents as cardiomyopathy and/or megasyndromes of the oesophagus and colon. The two treatment options available, benznidazole or nifurtimox, require long courses and can cause severe adverse effects.

Diagnosis typically occurs during the chronic stage, when parasites are sequestered in host cells, and are rare in blood. Serological techniques that detect anti-T. cruzi immunoglobulin G (IgG) are used. Assays vary in sensitivity and specificity, and WHO recommends at least two tests using different methods.  Reversion of conventional serology to negative remains the only reliable marker of successful chemotherapy, which can take many years, leaving patients without confirmation of treatment outcome. This uncertainty of treatment outcome has a direct impact on patient management; patients may be unwilling to start prolonged drug treatment, with a risk of adverse effects and uncertain improvement to prognosis. Furthermore, with increased migration, long-term patient follow-up is proving difficult and impractical. Thus, an early biomarker for post-chemotherapy cure is urgently needed.

The role of IgG1 subclass as an early diagnostic tool, indicator of parasite clearance or predictor of disease prognosis has been assessed in other protozoal infections including malaria and toxoplasmosis. In visceral leishmaniasis, patients considered to be cured had significantly lower levels of anti-Leishmania IgG1 compared to relapse, demonstrating its potential as a therapeutic marker.

Our pilot study detected a trend of decreased IgG1 one-year post treatment compared to other subclasses. Following this, our main study assessed IgG and IgG1 antibody decline in treated early chronic Chagas disease patients living in the Argentine Chaco, using two different antigens, namely T. cruzi whole cell lysate and TSSApep-II/V/VI.  Collection of samples took place in the rural Pampa del Indio, as part of an ongoing intervention programme, pre- and post-treatment sample collection took place in 2007 and 2017, respectively. Patients were split into Group A (completed treatment) and Group B (reported interruption). All patients were initially screened with TSSApep-II/V/VI rapid lateral flow test; of the pre-treatment samples 91.5 % were positive, confirming the lineage predominance in the area.

We found ELISAs with IgG1 to be more discriminative than IgG in assessing decline in antibody levels. In Group A, a clear decline of IgG1 was observed in 76.1% and 100% samples against lysate and TSSApep-II/V/VI antigens, respectively, compared to 36.8% and 82.9% for IgG. In addition, antibody titres showed a greater decline of IgG1 with TSSApep-II/V/VI compared to lysate. Group B showed a similar trend. Furthermore, seronegativisation was significantly higher with IgG1 regardless of antigen. However, the sensitivities with pre-treatment samples were significantly greater against lysate than TSSApep-II/V/VI with both IgG1 and IgG. We proposed an algorithm for incorporating IgG and IgG1 serology to infer outcome of chemotherapy after an average of 5 years-post treatment.

We showed that, following chemotherapy of early chronic Chagas disease, significant decline in IgG1 antibody suggests cure, whereas sustained or increased IgG1 is a potential indicator of treatment failure. IgG1 should not be used as a diagnostic marker, due to its restricted sensitivity but has promise, with further development, as a biomarker of cure.

The study featured in this blog post was published in the LCNTDR Collection: Advances in scientific research for NTD control, led by the London Centre for Neglected Tropical Disease Research (LCNTDR). The collection has been publishing in Parasites & Vectors since 2016, and releasing new articles periodically. This series features recent advances in scientific research for NTDs executed by LCNTDR member institutions and their collaborators. It aims to highlight the wide range of work being undertaken by the LCNTDR towards achieving the United Nations Sustainable Development Goals as well as supporting the objectives of the World Health Organization road map for neglected tropical disease 2021-2030.

You can find other blog posts in the series here. 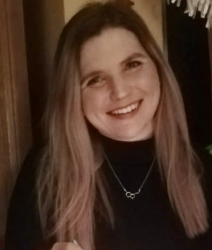 Niamh completed her BSc at the University of Manchester, before beginning an MSc in Medical Parasitology at the London School of Hygiene and Tropical Medicine. She is a current PhD candidate at LSHTM and her research focuses on developing novel rapid diagnostic tests for Trypanosoma cruzi lineage-specific serology, comparative epidemiology and for monitoring efficacy of chemotherapy.