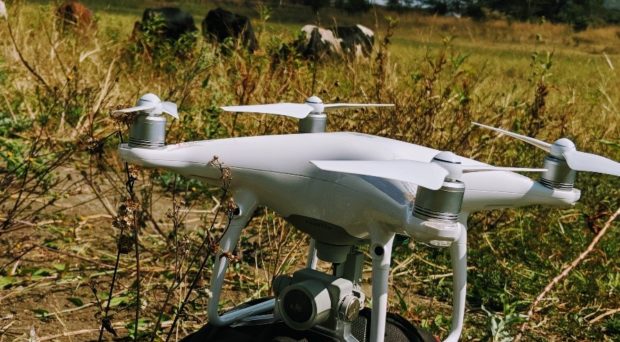 Malaria continues to have a big impact on people in Malawi, particularly those living in rural areas. It is in the rural areas where the habitat is most suitable for the dominant malaria vectors, Anopheles funestus and Anopheles gambiae. They differ in their habitat preferences, with female An. funestus mosquitoes preferring to lay their eggs in large, permanent water bodies with emergent vegetation, whereas An. gambiae females prefer shallow, artificial, or naturally forming pools of standing water.

Affected by local weather conditions, the mosquito abundance (and subsequent malaria risk) ebbs and flows throughout the year. During wet periods the landscape is carpeted with suitable larval habitat, which then dwindles to almost nothing once the rains recede. Yet, malaria transmission persists in these drier periods, albeit at lower rates. So, where does the female mosquito go to lay her eggs when its dry? The answer to this question would not only allow malaria control programmes to know who’s most at risk of malaria during the dry season but could also be used to help prioritise intervention activities in these higher risk areas.

Identifying potential larval habitat can be slow work, as mosquitoes can access areas more easily than humans can. Local knowledge can help, but how can we know if all possible sites have been found? This is where drones may have a role to play. Drones, or rather cameras attached to drones, can capture extremely detailed images of the landscape, opening the possibility of replacing the time-consuming hunt for mosquito larvae on the ground with identifying habitat through aerial imagery. There’s a price to pay in swapping out low tech ground-based searches with high tech drone-supported habitat mapping. Our study set out to explore the pros and cons of incorporating drones into the arsenal of malaria vector control tools, while learning more about ecological influences on dry season malaria transmission.

Between 2018 and 2020, the team made three visits to an area of Kasungu district in central Malawi which forms part of UNICEF and the Government of Malawi’s Humanitarian drone testing corridor. We captured high resolution aerial images of 10 of the many dams in the area, and their surrounding landscape to learn more about the practicalities of using this technology, in preparation for a larger study which launched in April 2021 called Maladrone – a collaboration between Liverpool School of Tropical Medicine and Malawi-Liverpool-Wellcome Trust Clinical Research Programme, supported by the Kasungu district health office. We wanted to know which type of drone should be used (fixed wing, or rotor), what sensors allowed us to identify water most accurately in the captured images (standard camera, near infrared sensor), and which method could most easily and accurately identify water in the image (manual review, or an ‘automatic’ classification method called object-based classification).

Alongside this we also collected larvae to help us understand more about where and when we were likely to find mosquitoes, and to link what we saw on the ground with what we viewed from the air.

It was a fantastic learning experience for the Maladrone team. The details are described in the paper published in Malaria Journal, but the real take home messages for us were that:

Fortunately, in Malawi, a lot of time and money is being invested into growing capacity for capturing and analysing drone imagery, as well as building the drones from scratch. One such initiative is the African Drone and Data Academy (ADDA), a collaboration between UNICEF, MUST (Malawi University of Science and Technology) and Virginia Tech (USA), with contributions from the Maladrone team.

Participants of ADDA courses have the opportunity to obtain formal drone pilot qualifications, and our project is now employing these pilots for the Maladrone project via the ‘crowd-droning’ organisation Globhe. As our team consists of epidemiologists and entomologists with limited drone skills, our experiences so far indicate that combining local drone expertise with the needs of the national malaria and vector control programmes is probably the way to go!

We’re now midway through capturing longitudinal dry season data of larval presence and adult mosquito abundance in three communities situated between 0 to 2.5km away from a small reservoir to learn how much influence this ‘artificial’ larval habitat has on surrounding malaria risk. Drone images are allowing us to capture the details of the changing environment as it gets increasingly drier, helping the team to identify areas to focus our larval sampling efforts.

Preliminary analysis of the data indicates the effect of the reservoir on biting risk is quite striking, with mosquito abundance staying high in areas closest to the reservoir, and we hope to publish our results towards the end of the year. 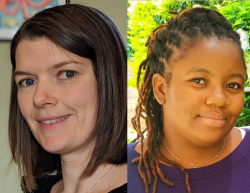 Dr Michelle Stanton is a lecturer in Spatial Epidemiology at the Liverpool School of Tropical Medicine, UK. Her research focuses on using geospatial technologies together with statistical data analysis to learn about patterns in vector-borne disease risk, with the goal of incorporating this information into disease control strategies.

Rosheen Mthawanji is a vector biologist at Malawi Liverpool Wellcome Trust clinical research programme. She has an MSc from Liverpool School of Tropical Medicine and works on mosquito behaviour, ecology and control. Her interests are novel tools in the fight against malaria.