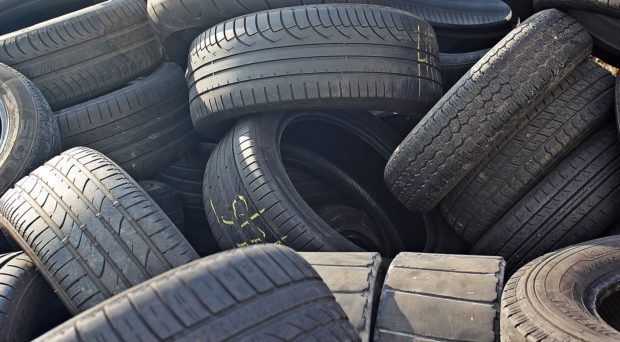 As the eggs of Aedes aegypti and Ae. albopictus can withstand desiccation for several months they can hitch-hike across the globe in used tyres. (Image by S. Hermann & F. Richter from Pixabay, CC0 license)

The global trade in used tyres is a major factor responsible for introductions of Aedes invasive mosquitoes (AIMs) that are major disease vectors (e.g. dengue, Zika, chikungunya and yellow fever). As the eggs of Aedes aegypti and Ae. albopictus can withstand desiccation for several months they can hitch-hike across the globe in used tyres.  A classic example of how easily these tropical and subtropical species can enter new territories is the 4600-mile journey Ae. aegypti took from Florida to The Netherlands via a shipment of used tyres.

With climate change, AIMs can find themselves in regions more climatically suitable than it would have been previously possible, bringing with them the threat of disease. Aedes albopictus is now one of the most invasive animal species on the planet.

Current surveillance methods for AIMs use adult traps and larval dipping i.e. catching adult mosquitoes and the larvae of a breeding population. The ideal scenario would be to catch AIMs eggs coming into a new territory at the point of entry before adults emerge, females blood feed (which itself runs a risk due to transovarial transmission of dengue), mate and potentially establish a breeding population. Currently, no tested method exists to screen imported used tyres for eggs in diapause, the life stage most at risk from accidental introduction.

Brainstorming over a cup of tea

After a day carrying out AIM surveillance at Liverpool Port using adult traps, over a cup of tea we came up with the idea of using adhesive tape to screen used tyres. In the lab we tested four inexpensive, readily available tapes to see how effective they were in picking up Ae. aegypti eggs from used car tyres. We tested duct tape, packing tape, clear tape and body tape (the latter was tested due concerns about the potentially toxicity of adhesive glue to eggs and was inspired by Jennifer Lopez in a Versace dress!).

All tapes successfully picked up Ae. aegypti eggs, whilst the efficiency was less on dirty tyres compared to a clean one, pick up of eggs was still possible. The success we saw in the lab was three-fold.

Firstly, simply suspecting the presence of the eggs on the tyre, by visual inspection of the tape, means that cargo could be held until identification was confirmed. If that was not possible, cargo could be at least tracked to its final destination, after which tyres could be treated to kill the eggs. This has the major advantage of being able to kills eggs before they hatch and adults later emerge. If tyres test positive for AIM eggs, then regions at high risk where they originated from could be identified and appropriate measures put in place.

Secondly, the adhesive glue did not interfere with DNA amplification of taped eggs which allowed for species-specific identification and screen for the presence of viral DNA. DNA amplification could also assist in population genetic studies. DNA could still be amplified after 10 days on the tape which would give enough time for health authorities to post tapes suspected of containing eggs to a suitable lab for testing.

Thirdly, we were able to rear taped eggs through to adults. The ability to colonise a mosquito population in the lab allows for further investigations (e.g. insecticide resistance profiling which could inform appropriate control measures).

This new surveillance method could become a standardised tool with global applicability. In turn, it could lead to increased predictability of introductions and improve screening methods at high risk entry points. We have recommended a procedure for screening used tyres with adhesive tape and the potential pathways that can be taken. Who would have thought that humble tape could be a potential weapon in the fight against arboviral diseases that threaten 50% of the world’s population!

From the lab to the field

Our next step is to test the method in the field. Port health officers in Heysham and Glasson Docks (UK) trialled taping tyres with duct tape and successfully sent the tapes through the post where we screened them for eggs. We are now looking to expand surveillance to include more high-risk areas and develop a simple user-friendly protocol for those working in AIM surveillance where used tyres pose a threat. 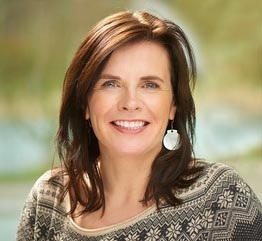 Clare Strode is a Reader in Vector Biology at Edge Hill University, UK. After gaining her PhD at the Liverpool School of Tropical Medicine she has spent 17 years studying mosquitoes with a focus on insecticide resistance in malaria and dengue vectors. Over the past few years she also developed an interest in surveillance of invasive Aedes species and works with Public Health England in carrying out surveillance across the UK at high risk entry points. She is also a member of Aedes Invasive Mosquito (AIM) COST Action which is a transboundary network of partners and institutions across Europe to cost effectively address the management of the risk of introduction and spread of Exotic Invasive Aedes Mosquito Borne Viruses.