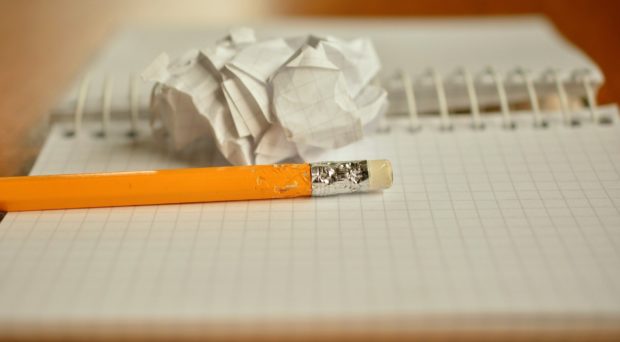 We have all experienced unfair or sometimes even hostile peer reviews. Papers which later proved to be a turning point in research have been rejected based on bad or politically motivated reviews. Also, the idea that reviewers never know who the authors of a manuscript are, and will therefore review unbiased, is an illusion, especially in small scientific communities. Via the trial registration, the references and meeting presentation, it is easy to identify the authors.

Peer review is for many scientists like a corvée or an obligation which serves their cv. There are excellent reviewers, but there are also those that write a few lines or simply the word “reject”, which makes it very difficult for the editor to make a decision.  It is also rare, in my experience as editor-in-chief, that reviewers decline to review based on their lack of experience with a topic. As author, you can immediately see from the reviewer’s comments if they have no clue what the paper is all about. Poor reviews introduce editorial decision bias, which is bad for scientific publishing.

In traditional medical journal peer review, the reviewer acts as an anonymous judge, making a verdict behind a curtain, without the chance for the accused (the authors) to defend themselves. In response to authoritarian peer reviews and under pressure to publish, authors often fundamentally change their manuscript in order to be in-line with the demands of the reviewers, thereby increasing the chance for publication. This creates a publication bias by diluting the original content of a paper. Moreover, it also bypasses one of the essential goals of scientific publishing, which is to create a debate around different views.

When we embarked on the CVIR Endovascular project we were very determined to do it differently, for all reasons previously discussed. After some research, we and our publisher, Springer, decided that an experiment with open peer review could be an option. We met many criticasters that predicted that we would not receive any serious submissions and that we would not be able to recruit any reviewers. Together with the open access character of our journal, where authors have to pay a publication fee (APC), they loudly announced that this experiment was bound to fail. We are now approaching two years into this project and it is time to evaluate where we are today.

Open peer review has never been an issue in recruiting reviewers; moreover, we have a constant flow of applicants for the position of reviewer, and we have started a young reviewer academy which is a step up for a position within the editorial board. Authors do not seem to have any problem with open peer review, as the number of submissions is constantly increasing. We have noticed that the reviews are of a high level, to the point, helpful and supportive for the authors but also for the editor. The anonymous judge is transformed into a friendly and helpful mentor who helps to improve the paper with a fair and open scientific discussion.

One of the main advantages of open peer review is giving the authors the opportunity to discuss and also to refute some of the reviewer’s comments, as their response to the reviewers is open for everybody to see after publication of an accepted paper. What is new is that the peer review and the authors’ response are now an integral part of the publication. The risk of publishing a diluted paper to please the reviewers is therefore strongly diminished. Until now we have experienced only one case of withdrawal, based on peer review, which after some research turned out to be more of a local authors issue.  Based on our experience, open peer review is nothing to be afraid of, on the contrary, it is the future, because it produces better papers by avoiding all of the publication bias seen in anonymous peer review. 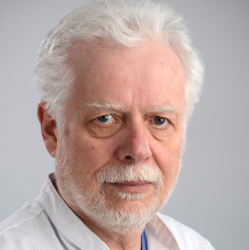 Prof. Jim A. Reekers is a Professor Emeritus of Radiology and Interventional Radiology at the University of Amsterdam. He is well-known in IR circles and has been a driving force in the Cardiovascular and Interventional Radiological Society of Europe (CIRSE), serving as president of the society from 2007 to 2009. A pioneer in treatment of CLTI, Prof. Reekers has also developed numerous techniques, catheters and filters. But perhaps his most important contribution to IR has been his untiring efforts to establish IR as an evidence-based and clinical trial-driven discipline. Currently Prof. Reekers is the Editor-in-Chief of CVIR Endovascular the first and only open access and open peer review journal in the field of interventional radiology.