Adolescents from immigrant families often face greater difficulties in accessing vocational training in Germany than peers of native parentage. While an under-average school performance is part of the explanation, recruiting preferences and practices on part of companies who employ apprentices are crucial too. Research conducted at the Sociological Research Institute (SOFI) at Göttingen University and at Paderborn University differentiates this well-established phenomenon of ethnic inequity with an unexpected result: Employers who consider linguistic articulateness very important offer equal employment opportunities to ethnic-minority and ethnic-majority applicants.

The dual system in Germany

Let’s first take a step back and share some more details about the institutional context of this finding. In Germany, about a third of secondary school graduates continue their education into in-firm vocational training. In this so-called dual system, apprentices learn and work partly in a company and partly in a vocational school. In terms of international standards, this kind of vocational training is successful in making transition to employment smoother for young adults.

For this reason, to be denied access to apprenticeships has negative long-term consequences for the rest of people’s careers. Notably, companies, not schools, choose applicants. The selection process resembles that of normal recruitment in the labor market – which, unfortunately, includes the possibility of intentional or unintentional discriminatory employment.

But even when compared with native-origin peers with the same level of secondary school education and similar grades in German and mathematics, ethnic-minority applicants face disadvantages in entering vocational training.

Children of migration backgrounds (most of them born in Germany but of foreign parentage) are already overrepresented in the lowest tier of Germany’s stratified secondary school system (Hauptschule). Graduates with a corresponding low-level school diploma have witnessed declining chances to get access to vocational training over the last decades.

But even when compared with native-origin peers at the same level of secondary school education and similar grades in German and mathematics, ethnic-minority applicants face disadvantages in entering vocational training.

The main finding of our study — i.e., a high priority of verbal expressiveness on part of the companies turns out to be positive for applicants of immigrant origin — is actually surprising. Even counter-intuitive at first sight. After all, the stereotype that second-generation youths are less proficient in the German language is wide-spread.

Around 43 percent of the human resources staff or company owners who were interviewed for the research project agreed with a such a statement in the survey. Theoretically, lacking German language skills could indeed be a serious obstacle in apprentice-customer communication. However, sharing such stereotypes and the actual recruitment patterns showed no consistent statistical correlation.

The study found no ethnic disadvantages in recruitment decisions in businesses which regarded linguistic articulateness as a very important criterion for choosing an apprentice.

Instead, the study found no ethnic disadvantages in recruitment decisions when ethnic-minority boys and girls wrote applications to businesses which regarded linguistic articulateness as a very important criterion for choosing an apprentice. Also, the study found a severe minority-majority gap with other companies.

In all likelihood, these firms actually invited adolescents of immigrant parentage for an interview and that face-to-face encounter gave them the opportunity to present themselves and to show their actual linguistic skills, dispelling potential reservations.

In addition, the study shows that companies which already have experience with training ethnic-minority youths hardly report particular difficulties. The overwhelming majority would employ such apprentices again in the future. Hence, it is important to break the ice in companies without this experience. Given that second-generation youth is a growing demographic group in younger birth cohorts and that overall demographic aging in Germany continues, companies better be more open to give those future workers the chance to get the qualification the economy will need in the decades to come.

The investigation presented here analyzed indirect mechanisms of ethnic discimination in a more rigorous statistical manner than previous research. The study inter-linked a standardized survey of 446 applicants from low-tier secondary schools in the German regional state of Lower-Saxony with a survey of 345 firms to which these graduates applied to successfully or unsuccessfully. The surveys are no representative strictly speaking, but mirror the regional economic structure well in terms of industrial sectors and business size. 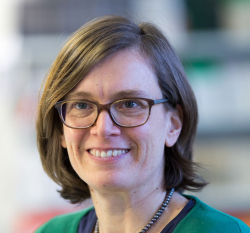