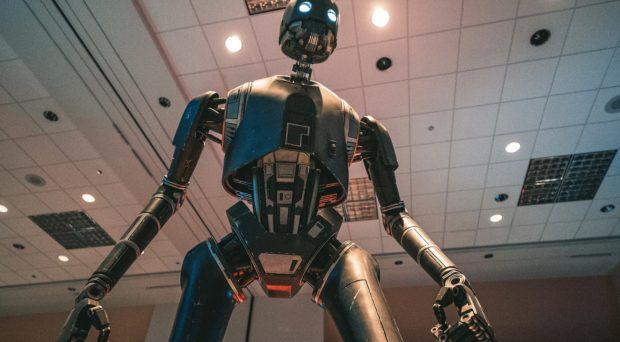 Photo by Adam Muse on Unsplash

This is a guest post by authors Manav Raj and Robert Seamans, originally published on the SpringerOpen blog

Artificial intelligence (AI) and robotics technology has been advancing rapidly over the past several years. For example, the AI Index reports that the number of papers, courses, and patents related to AI has grown dramatically over the past five years, and a recent paper published by the National Bureau of Economic Research reports that venture capital investment in AI startups has increased almost tenfold and the annual number of purchases of robots has tripled over the past decade.

In all likelihood, the advances in AI and robotics technology will help stimulate economic growth in many countries. This is welcome news as 36 of 37 advanced economies had slower productivity growth during 2006–2016 compared to 1996–2006. Across these economies, growth has slowed from a 2.7% average growth rate in the earlier decade to a 1.0% average annual growth rate.

New technologies typically create occupations even as they destroy existing ones.

However, some worry that this technology-enabled growth will come at a substantial cost. For example, some research has warned that AI threatens 15–30% or even 50% of jobs. Despite these concerns, such visions of the future are likely far-fetched, in part because new technologies typically create occupations even as they destroy existing ones—for example, “Web Developer” is an entire occupational category tracked by the U.S. Bureau of Labor Statistics that didn’t exist a few decades ago—and in part because new technologies typically augment most jobs rather than directly leading to the creation or destruction of entire occupations.

In order to stimulate research on the effect of AI and robotics on organizations, we recently published a research primer on artificial intelligence and robotics in the Journal of Organization Design that describes the current state of the field. We draw on a wide body of literature on previous innovations, as well as the nascent literature on AI and robotics technologies themselves, to outline the various ways in which artificial intelligence and robotics may alter the ways in which we work and how organizations can structure themselves to best take advantage of these new technologies. We hope this primer can serve as a resource for scholars as we continue to investigate how these novel technologies affect labor and firms.

In an effort to understand where AI may substitute for or complement jobs, we devise a new methodology that links advances in AI to occupational abilities, and use this to create an AI occupation impact (AIOI) score for each occupation from 2010 to 2015. We utilize these AIOI scores to study the link between AI and employment and wage growth. We provide broad evidence that, on average, occupations impacted by AI are correlated with a modest growth in wages: an increase of one standard deviation in AI impact is associated with a 0.41% increase in wage growth. However, we find no evidence that AI and employment are correlated.

We also study the link between AI and the presence of complementary software skills. To do this, we use data from Burning Glass Technologies on software skill requirements in job listings and classify occupations into terciles depending on the proportion of software skills needed in a job.

Overall, our findings suggest that the effects of AI on labor are not uniform across occupations, and that access to complementary skills and technologies may play an important role in determining the impact of AI on occupations.

Manav Raj is a PhD student in the Management and Organizations Department at the New York University Stern School of Business.

Robert Seamans is an Associate Professor of Management at NYU Stern. 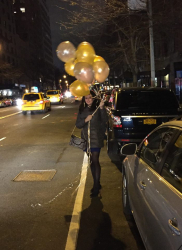 Erica is a development editor of journals in Business/Management, Economics, and other social sciences. Before joining Springer Nature in 2016, she studied literature and critical theory (BA Amherst College, MA University College London), and worked in trade book publishing.