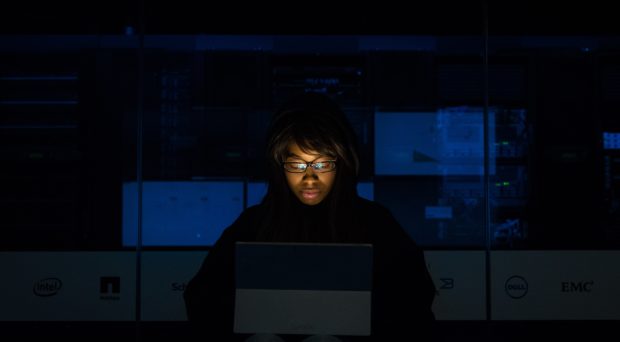 Photo by Christina Morillo from Pexels

This is post was originally published on the SpringerOpen blog.

Women are marginalized in the high-tech sector, and there are no visible trends of improvement. As women speak up against injustice, it is becoming clearer that the roots of their disadvantage might be deeper than categorical discrimination against them: it is not who they are, but what they do.

A recent lawsuit brought up against Google claimed that the company had categorized women as ’front-end’ developers without good reason, blocking their access to higher payment and faster promotion that the typically male, ’back-end’ developers enjoy. Discrimination might be built into the categories of activities, and access to these categories.

Meanwhile, companies are in dire need of talent, and take measures to remove possible biases by, for example, instituting artificial intelligence (AI) solutions to screening applicants. While such an approach removes the bias of a human HR official, it can also backfire spectacularly, by learning all the subtler ways in which women’s résumés differ from mens’ even in the very same area of expertise. An AI hiring tool developed at Amazon ended up rejecting all female applicants after learning these patterns.

Even if one would increase the proportion of women in a tech company to 50% from one day to the next, the effort would not remove all inequality automatically. Traditionally we understand gender discrimination as categorical discrimination against women; however, as most gender studies have shown, to understand gender inequalities one needs to shift the focus to the gendered pattern of behavior.

Most often discrimination is aimed at activities that are typical of women (or men), rather than the gender category of the person. Women in leadership roles are often expected to follow male behavioral traits, just as men in feminine occupations take on female-like behavioral traits. Even if a tech company makes all the necessary hires right now to have 50% women on the workforce starting tomorrow, these women will most likely not experience the same chances of success as their male colleagues. In fact, they would be much more likely to leave, both the company and the profession, within a year.

In our recent article published in EPJ Data Science, we analyzed a large dataset of open source software developers to answer the question: are women at a disadvantage because of who they are, or because of what they do? Using data on entire careers of users from GitHub.com, we developed a model to capture the gendered pattern of behavior: the probability of being female given behavior.

Our measure takes into account variables that the individual can control in principle, such as professional specialization (e.g., data science or front-end development) or the gender of followed individuals—but we do not take into account who follows that person. We are, of course, acutely aware that women may not freely choose their activities, but can rather be channelled to expected, socially acceptable (that is, often male majority acceptable) specializations.

We found that gendered behavior is a significant source of disadvantage in open source software development. Our models show negative effect for female-typical behavior, and only weak support for categorical discrimination: about 85% of women’s disadvantage in success comes from what they do, and only 15% of their disadvantage stems from who they are.

An important finding is that the disadvantage stemming from female-typical behavior is not exclusive to women: men are hurt just the same, should they choose specialties and behaviors typical of women. What is more, we found that users with unidentifiable gender are just as disadvantaged along this dimension. Hiding your gender on an online platform does not help, as disadvantage comes overwhelmingly from the gendered nature of activities.

Our results have important consequences for policy and interventions in gender inequalities in STEM and possibly in other fields. In the short term, attempts to set higher quotas for women will not address the component of inequality that is related to gendered behavior. We can only hope that increased proportion of women eventually will erase striking inequalities associated with gender typical behavior. A higher proportion of women can lead to questioning stereotypes. We would see female success stories in conventionally male types of behavior, and eventually firms and communities would learn to remove associations of masculinity–femininity from professional specializations.

As the use of AI systems in human resources management advances, the high salience of gendered behavior in disadvantage means an increased risk of algorithmic discrimination. Algorithms can be policed to exclude manifest gender information from their decision making, but they can perpetuate discrimination based on behavioral typicality. It will be difficult to hold such algorithms accountable, as the particular behavioral specializations that drive inequality can be shifting constantly. Today, activists target the front-end/back-end dichotomy at Google, but tomorrow they might need to target D3 and Hadoop. 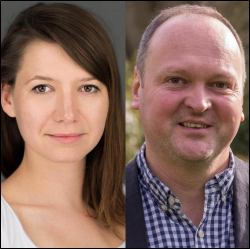 Orsolya Vasarhelyi spent 6 years as a data analyst at various startups, taking part in network science, data mining and NLP projects. Her main interest is to transfer academic findings into everyday business solutions. She writes articles about startups, data analytics and traveling. She is an active member and ambassador of the Bridge Budapest Association, organizer of Django Girls Budapest and mentor at the KONNEKT Organization.