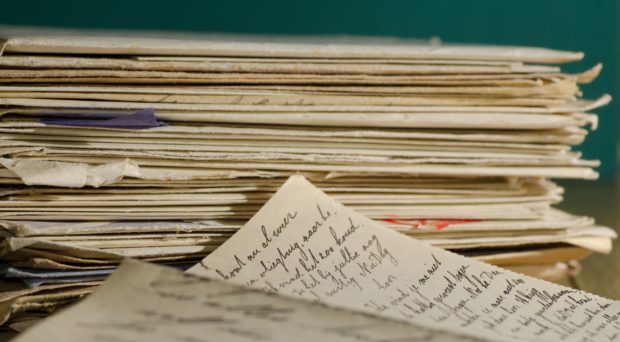 This post was originally published on the SpringerOpen blog

A well thumbed page, signs of devotional affection on the worn away image of a saint, spilt liquid from a careless reader, microscopic organisms inhabiting the surface, the biological signals captured in parchment manuscripts hold a plethora of hidden information just waiting to be ‘read’.

Hamlet: Is not parchment made of sheepskins?

Horatio: Ay, my lord, and of calfskins too.

These documents, stored in libraries and archives around the world, are not only stores of textual information, but as was self evident in the days of Shakespeare (see the quote from Hamlet), are also stores of biological data.

An intriguing symmetry can be found in the fact that most of European history is written on the skins of animals, transformed into a writing medium, which now represents one of the best historic biobanks in existence.

Much like deciphering an extinct script, revealing the biomolecular information contained in these objects can reveal information that we would never have thought possible.

Why is it important?

With increasing concerns about biodiversity and the importance of maintaining rare breeds, parchment is a window into what medieval animals were really like. By looking at the DNA of these manuscripts we can start to see how similar or different medieval livestock was to present day animals and how much genetic variety has been lost through intensive breeding programs. It can also give insights into historic livestock economies by identifying the species of animals used and it can inform us about kill off patterns by looking at the sex of the animals and it may even offer evidence of geographic origin.

Thanks to curatorial and conservation expertise these invaluable documents have been carefully preserved providing us with what can now be considered an extraordinary biobank (in terms of quality of preservation and provenance), which has so far been relatively unexamined.

The main reason that these documents have been relatively understudied by the scientific community has to do with accessibility.

Due to their importance as a record of written information, books are conferred a special status, often not shared by other historic or archaeological artefacts, meaning that their preservation is paramount and the amount of destructive sampling permitted is minimal.

The development of non-invasive sampling techniques has given unprecedented access to these precious documents, allowing us to shed light on the biological stories held within these manuscripts.

Taking full advantage of the ‘omics revolution we are now at a point where an incredibly small non-invasive sample can give us a wealth of information, which can inform about book production, geographic preferences, sex and breed of animals and even information about the handling, use and storage of the object.

However, just because we have the means to analyse huge amounts of biomolecular data we have to be careful not to over engineer our analysis to answer what is perhaps a relatively simple question.

So you want to do biocodicology?

Within the new field of biocodicology we hope to emphasise the importance of manuscripts as biological records, not just as a ‘resource’ for the scientific community but also to promote the use of biotechnology to understand more about the manuscripts themselves and their history and use. We have striven to establish biocodicology as truly interdisciplinary field combining expertise from conservators, humanities scholars and scientists to tackle all of these questions.

For that reason we have created what can be considered a ‘user guide’ for what kinds of techniques are available, what they can and can’t answer, and when some routes should be favoured over others. We hope that this review will provide a primer for both humanists and scientists to this truly illuminating field. 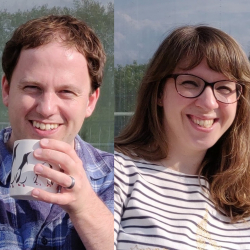 Sarah Fiddyment is a biochemist specialising in the proteomic analysis of parchment to help understand the methods of production and history of use of manuscripts. She is currently a British Academy Postdoctoral research fellow at the University of York.

Matthew Teasdale is a Marie Skłodowska-Curie research fellow at the University of York, where he studies how sequencing the DNA from parchment manuscripts can help to understand the genetic history of domestic animals.