CICADA Stories at the Bloomsbury Theatre

Many people with chronic conditions or disabilities, particularly those from minoritized ethnic groups, faced obstacles before the pandemic in accessing or utilizing networks of support, health and social care. During the pandemic, some issues increased disproportionately in, and widened the inequalities gap between, people with disabilities from minoritized ethnic groups and those without disabilities and from the indigenous white British population.

It is instructive to consider the interplay of different intersecting factors that compromise good health outcomes when considering inequalities. For example, chronic conditions such as diabetes and cardiovascular disease increase vulnerability to COVID-19 and are disproportionately prevalent in some minoritized ethnic groups. Moreover, such individuals are especially likely to be disadvantaged: almost half of the people living in poverty are disabled or live with someone who is, and poverty rates are highest for people whose head of household is a first-generation Pakistani or Bangladeshi migrant.

The NIHR-funded CICADA study took an intersectional approach to try to improve the situation for people from minoritized ethnic groups who also have a long-term condition or disability. We aimed to capture the impact of changing pandemic contexts during this longitudinal 18-month study, which started in June 2021.

Our ethos, using an asset- and strengths-based focus, was to learn from and build upon what participants said worked well for them when coping with issues or managing their health, rather than to impose external solutions. We focused on health and social care, informal networks, and access to vital ‘resources’ such as food and medicine and foregrounded the interplay of ethnicity, disability and citizenship status alongside other demographic factors.

Key preliminary findings are that:

Selected findings from preliminary thematic and keyword analyses are:

To extend our reach to undocumented migrants, we involved eight community members as co-researchers; some, with our patient advisory group, worked on core tasks, such as interviewing, analysis and workshop facilitation, throughout the study.

Research workshops with 104 interviewees in May and September 2022 explored changing experiences.  In-person and online, these employed co-production tools such as journey mapping and structured brainstorming.

These suggested participants felt vulnerable at the end of the COVID-19 restrictions. The pandemic’s social and financial impact appears to compound inequities, leaving many anxious about the future.

Talks have directly influenced practitioner society and third-sector plans. The PI’s plenary at a European summer school used CICADA as an exemplar for intersectional methods.

We are informing policy locally and via parliamentary channels.

CICADA Stories, performed at the Bloomsbury Theatre, September 2022, was a successful innovative approach to broaden dissemination, with dramatization based on our data, poetry, dance, and Q&A.

In conclusion, using these varied methods, the CICADA study has provided an insight into the experiences of the pandemic and the challenging legacy it has created for many marginalized individuals. It has also created co-designed outputs and recommendations to help support these communities. Our outputs have salience and considerable potential for impact in reducing inequalities in their health and wellbeing outcomes.

This study is funded by the National Institute of Health and Care Research (NIHR) – Award 132914, and is sponsored by University College London (UCL). Ethics approval has been granted by the Health Research Authority under reference 310741. The study is registered on the International Trial Registry – no. 40370. This study presents independent research commissioned by the NIHR. The views and opinions expressed by authors are those of the authors and do not necessarily reflect those of the National Health Service (NHS), the NIHR, Medical Research Council (MRC), Central Commissioning Facility (CCF), NIHR Evaluation, Trials and Studies Coordinating Centre (NETSCC), or the Department of Health and Social Care (UK). 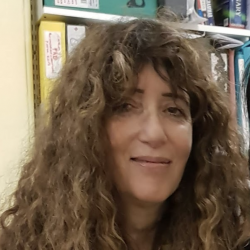 Carol Rivas is the Principal Investigator for the CICADA study. Carol holds an MSc in Cognitive Neuropsychology from Birkbeck, London (1992, distinction), and a PhD in medical sociology from Queen Mary University of London (2012).Specializing in the field of chronic conditions and disabilities, Carol is particularly interested in the intersection with ethnicity and communication and the use of participatory methods.

Amanda Moore is a research fellow in the Social Science Research Unit at UCL. She is a public health nutritionist and holds a PhD from King’s College London. Amanda’s research focuses on health inequalities and improving the cultural salience of care and intervention design using participatory methods.

Kusha Anand is a Research Fellow for the CICADA study. Kusha has a PhD in political sociology from the UCL Institute of Education (2019) and Masters in Arts (Merit) from De Montfort University (2009). Kusha works on the intersections of race, citizenship, education, and employment.

Latest posts by Prof. Carol Rivas and colleagues (see all)