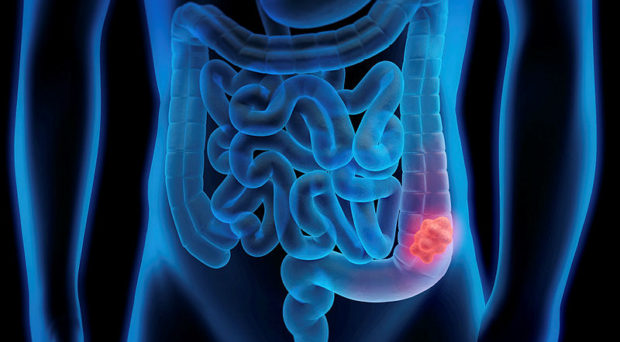 Bowel cancer is a big problem, causing more than 16,000 deaths per year in the UK. Many bowel cancers develop from polyps – small growths of the bowel lining that become cancerous over time as their cycle of growth and reproduction becomes more and more abnormal. Detecting and removing polyps is therefore the best strategy we have now for preventing bowel cancer.

Polyps can be detected in a few ways, but the best way is colonoscopy (a large bowel camera test), which people often have because they go to their GP with bowel symptoms (such as blood in the poo or a persistent change in the consistency or frequency of their poo), or because they are taking part in the NHS bowel cancer screening programme.

Many things have been implemented to improve the ability to detect polyps during a colonoscopy, but these nearly all focus on making more of the bowel lining more visible to the camera. They have had a significant effect on increasing the number of polyps detected, but we believe there is further progress to be made.

It is hoped that artificial intelligence (AI) devices will be the next step-change in how polyps are detected, by improving the ability of the camera (and the person operating it) to see polyps on the bowel lining, given that the other measures have been effective at making the bowel lining visible.

COLO-DETECT will be the first UK clinical trial of the first commercially available AI polyp detection device, called GI Genius™, manufactured by Medtronic. GI Genius™ is a box that is separate to the normal colonoscope equipment, which, when attached, receives the video images from the camera and analyses it for the presence of polyps.

COLO-DETECT will also be the first trial that will assess GI Genius™ in routine practice across a variety of hospital settings, rather than just in the hands of expert colonoscopists. We will be assessing the ability of the GI Genius™ to detect polyps, compared to a normal colonoscopy, as well as to understand its impact on patients, colonoscopists and the health service.

COLO-DETECT is one of the research studies under the umbrella of the COLO-SPEED network – a large collaboration designed to promote, support and lead bowel cancer research in the North East of England, across the UK and internationally.

Artificial intelligence is just beginning to gain traction in the world of colonoscopy, and it is vital that the technology is adequately evaluated right from the start. There are still restrictions in place on endoscopy and on research activity because of COVID-19, but polyps and bowel cancer do not stop in a pandemic and so it is vital that research into non-COVID conditions continues.

COLO-DETECT recruited its first patient in late March, and we are aiming to recruit just over 2000 participants within the next 18 months. I will post additional blogs throughout the trial and at the end so you can follow our progress and see the results. 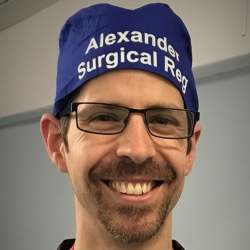 Alexander attended medical school in Leicester, and his early postgraduate medical training was in North West England. He is now a trainee colorectal surgeon, normally based in East Anglia, but has temporarily relocated to the North East to study for a PhD and lead the COLO-DETECT trial. COLO-DETECT is part of the ambitious COLO-SPEED research network, which is driven by an excellent, highly motivated team who have a background of delivering multiple high-quality colonoscopy-based research studies.