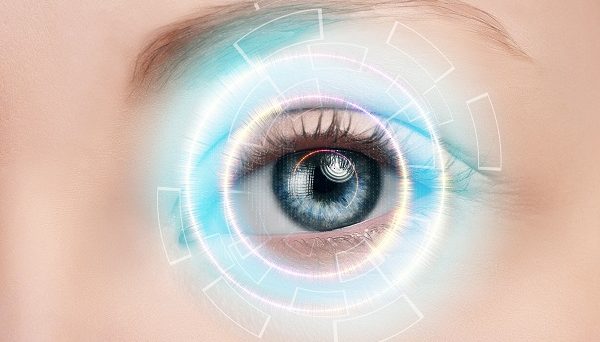 For nearly 100 years, we have understood the idea that it might be possible to restore sight to those who have become blind through a device that delivers electrical stimulation to the brain [Mirochnik, Pezaris, 2019]. Visual prostheses, as they are called, form part of a constellation of approaches that seek to deliver input to the brain to replace a lost or missing sense, including cochlear implants for the deaf, and cortical implants for the insensate, such as amputees with robotic arms.

The challenges faced by each approach are similar: biological compatibility, long-term functional stability, and interpretability of the evoked sensations. Biological compatibility has thus far been addressed by careful selection of materials and implant techniques, but much remains to be done to create devices that the body will tolerate for decades with a low risk of infection or rejection.

The first major challenge is long-term functional stability; ensuring that the effectiveness of the devices do not degrade over time. Current issues are either due to problems with the device, such as wires breaking from flexing tens of thousands of times, or due to problems with the functional interface to neural tissue, such as the all-to-common biological reaction to cover the implants in an isolating shell through a process called gliotic encapsulation.

Interpretability, the ability for implant recipients to understand the meaning of artificial perception, is perhaps the greatest challenge, as we have seen from decades of work with cochlear implants where the sound sensations are clearly not normal, but become understandable nevertheless through substantial effort on the part of the patients.

Early results from both visual prostheses and somatosensory prosthesis in humans suggest that similar training will be required for optimal benefit to the patient. While much of the work in visual prostheses has concentrated on technical issues of implanting devices and delivering electrical stimulation, we, as a field, are beginning to turn to the questions of interpretability to address some of the large gaps and shortcomings of contemporary devices.

In our laboratory at Massachusetts General Hospital, we are pursuing a thalamic visual prosthesis that will find applicability for a wide range of causes of blindness [Pezaris, Reid, 2007]. Currently in the pre-clinical stages of research, we are concentrating on demonstration of a fully functional design from camera to electrodes [Pezaris, Reid, 2009; Bourkiza, et al., 2013; Killian, et al., 2016].

At the same time, we are using virtual reality simulations to study how patients might adapt to artificial vision, and how to optimize our designs to deliver the best possible outcome [Vurro, et al., 2014; Rassia, Pezaris, 2018]. By best possible outcome, we are aiming for a device that will boost the blind individual to slightly over the threshold for legal blindness with a completely natural and comfortable interface [Paraskevoudi, Pezaris, 2019].

A tremendous amount of effort has gone into the development of visual prostheses over the last century across many laboratories. Progress has accelerated in the last few decades, culminating with three devices currently approved for use in human patients, and perhaps two dozen groups working world-wide on additional approaches. While the resolution and quality of restored sight is still extremely crude, in a way that is analogous to the first cochlear implants, all indications are that useful artificial vision will be available for restoration of sight to the blind in the coming years.

In a recent review published in Military Medical Research, we present a snapshot review of the field, describing the major approaches to visual prostheses, advantages and disadvantages of each, and assessments of the current state of the art. In addition to briefly discussing the pros and cons of each approach, the article contains links to more extensive historical reviews and lists all currently active clinical trials, serving as an introductory overview of the fascinating work being done in artificial vision.

Assistant Professor at Harvard Medical School
Dr. Pezaris is a graduate of MIT and Caltech. He is a member of the Society for Neuroscience, the Hellenic Society for Neuroscience, and a senior member of the Institute of Electrical and Electronics Engineers. He currently heads the Visual Prosthesis Laboratory at the Massachusetts General Hospital and is an Assistant Professor at Harvard Medical School.