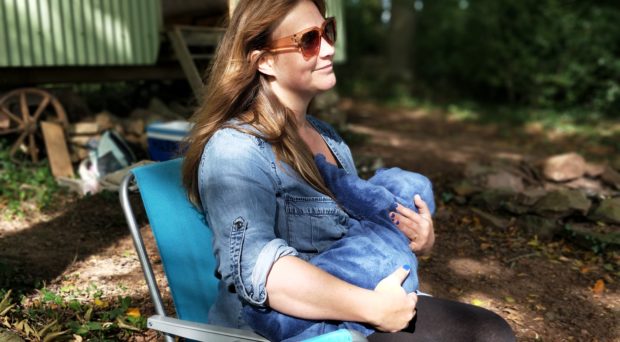 World Breastfeeding Week is upon us and you might be wondering why all the fuss? We know that breastfeeding provides the best nutrition for infants and children from birth to two years and beyond. It is also relatively well known that the WHO endorses this position, as do health services and governments globally.

We know that breastfeeding provides the best nutrition for infants and children from birth to two years and beyond.

If you were to ask people about the benefits of breastfeeding, you would definitely hear about how it supports health in the woman and her baby. For maternal health, breastfeeding is associated with supporting the woman to return to her pre-pregnancy BMI, better pregnancy spacing, and a lower risk of breast cancer and diabetes later in life. For infant health, breastfeeding is associated with a decreased risk of sudden infant death syndrome (SIDS) and inner ear infections, and a lower long-term risk of developing obesity and type 2 diabetes.

Although most people won’t mention it in the benefits, there are also wider community benefits such as fewer work absences for the parent because their child tends to be healthier and there is longer-term better health in the mother. The cost of not breastfeeding is great, 0.70% global and 0.42% EU gross national product being the estimated cost. In Ireland this represents €1.6 billion per annum – not an inconsequential amount!

Irish breastfeeding rates are amongst the lowest worldwide, and this is not a statistic any country should be proud of.

Irish breastfeeding rates are amongst the lowest worldwide, and this is not a statistic any country should be proud of. Only 60% of Irish newborns receive any breastmilk and of that percentage, 50% are exclusively breastfed on discharge from the maternity services. This draws very pale comparison to other developed countries such as Australia, with 96% breastfeeding on discharge and exclusivity rates of 62% at four months.

Women with overweight or obesity are 13% less likely to start breastfeeding.

Knowing an issue exists versus doing something about it are two very different things. There is plenty of evidence about what works in the general population. A Cochrane systematic review found health professional-led education, non-health professional-led counselling and peer support interventions all work to increase breastfeeding initiation.

Another Cochrane review found interventions embedded into standard care; ongoing scheduled postpartum visits; tailored interventions to population needs; interventions delivered by health professional or peers or a mix of both; and face-to-face support all improved breastfeeding outcomes in the longer-term.

This work has informed interventions looking to increase breastfeeding rates and the UCD Perinatal Research Centre in the National Maternity Hospital and Wexford General Hospital in Ireland recently piloted this multifaceted approach. Women on their first pregnancy received an antenatal group education class, a one-to-one lactation consultant consultation after birth, and then access to a breastfeeding helpline, online resources and a breastfeeding support group which included another one-to-one lactation consultant consultation.

Bearing this in mind, it seems reasonable to assume that this style of intervention would be suitable for women with overweight and obesity. The reported barriers for Irish women are: embarrassment and stigma about breastfeeding in public places and in some cases the home; perceptions that breastfeeding is inconvenient and requires extreme determination to succeed; lack of practical knowledge and experienced support.

Conversely, the enablers are: seeing breastfeeding in the family and community; knowledge of breastfeeding benefits; and practical and social support using a non-pressurized approach. All of these align with international research but there is a lack of research in women with overweight and obesity so we don’t know what the barriers and enablers are for this population sub-group, and it may be that the pilot intervention is not suitable and a new approach may be needed.

This research informed the Latch_On randomised trial (ISRCTN14819650) that started in May 2019 across four maternity services in the Ireland East Hospital Group. This randomised controlled trial will look at perinatal breastfeeding support provided to women with a BMI greater than 25 kg/m2 on their first pregnancy (twin or higher pregnancies are excluded). Our intervention will work with mothers and their support partners and cover the late pregnancy to six weeks postpartum period.

The women in the intervention group will receive: group antenatal education for both the mothers and their support partners; one-to one-education after the baby is born; professional support during the first six weeks; and weekly phone calls once the baby is born from an International Board Certified Lactation Consultant. The intervention will focus on changing attitudes toward breastfeeding, breastfeeding self-efficacy, and resolving any breastfeeding problems. The women in the control group will receive the normal lactation support provided to all women attending the hospitals for the birth of their babies.

We will use validated questionnaires and qualitative interviews to measure whether the study was successful or not. The main measure of success will be any breastfeeding at 3 months and we are aiming to have 220 women from across the Ireland East Hospital Group take part in the trial. With any luck, we will be able to report some early findings for World Breastfeeding Week next year.

Follow UCD Perinatal Research Centre on Twitter to keep up to date with Latch On progress: https://twitter.com/ucdperinatal 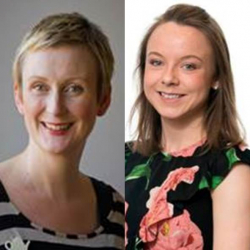 Dr Sharleen O’Reilly is a Registered Dietitian and Assistant Professor in Food Science and Nutrition at University College Dublin, Ireland. Dr O’Reilly specialises in research translation and implementation science. She is a member of the UCD Centre for Perinatal Research and the UCD Institute for Food and Health. She holds senior adjunct positions at Deakin University in Australia and the Public Health Foundation of India.

Dr Eileen O’Brien is a Registered Dietitian and Post-Doctoral Researcher at University College Dublin, Ireland. She is a member of the UCD Centre for Perinatal Research and works part-time as a clinical dietitian at the National Maternity Hospital in Dublin.