In the UK 10 to 16 June 2019 is Diabetes Week, an annual initiative set up by the charity Diabetes UK to raise awareness of diabetes and raise money to fund research into the condition. Diabetes UK has been funding research across the UK for over 80 years. In this blog we take a look at the latest diabetes clinical trials, funded by Diabetes UK and other leading funders, that are registered at the ISRCTN registry.

Diabetes is a lifelong condition where blood sugar levels are too high, either because the immune system attacks and destroys the cells that produce insulin (type 1 diabetes), or because the body doesn’t produce enough insulin or doesn’t react to it (type 2 diabetes). While the causes of type 1 diabetes are not yet fully understood, a poor diet can increase your risk of developing type 2 diabetes. There are many studies that are looking at different diets to control or even reverse type 2 diabetes.

The ReTUNE study is testing the hypothesis that each individual has their own personal fat threshold (PFT) which determines how much fat they can put on before they develop problems such as type 2 diabetes. The study involves consuming a low-calorie diet to achieve a 5% decrease in body weight, followed by a gradual return to a moderate diet of normal foods, to see whether this can reverse type 2 diabetes, and whether the personal fat threshold can be detected by markers in the blood.

A similar approach was tested in the DiRECT study, with recently published results showing sustained remissions at 2 years for more than a third of the participants. This is due to weight loss reducing the levels of fat inside the liver and pancreas, which leads to the pancreas ‘rebooting’ insulin production again.

The KetoDiAD study is currently comparing a ketogenic diet similar to that used in DiRECT with a conventional Mediterranean-style diet, while the D-ROC2 study looked at precisely how much carbohydrate needs to be restricted to have an effect on blood sugar. The MIDDAS study compared the standard continuous low-calorie diet with an intermittent diet which involves only two low-calorie days per week.

The study involves consuming a low-calorie diet to achieve a 5% decrease in body weight, followed by a gradual return to a moderate diet of normal foods.

Low-calorie diets have also been trialled with supplements such as inulin to see whether this can reduce insulin resistance, increase insulin secretion, and prevent pre-diabetes from developing into diabetes. Zinc is also being tested along with muscle strength training to improve the treatment of type 2 diabetes, as zinc is involved in insulin secretion in the pancreas and insulin function in muscle and other peripheral tissues.

Another study is looking at whether replacing some of the digestible starch in the diet with resistant starch, a type of fibre, will help patients with type 2 diabetes to manage their blood glucose levels.

Alongside a poor diet, a lack of exercise can increase your risk of type 2 diabetes as well as other health problems. Interventions to increase physical activity are important for the management of many diseases including both types of diabetes.

Types of exercise that are being tested to treat or prevent diabetes include walking, football, and cycling using electrically assisted bicycles (e-bikes). The SKIP study tested an interactive online programme to promote physical activity for children with type 1 diabetes (protocol in Trials), and the results in BMC Public Health showed that improvements were observed but unfortunately they were not sustained.

Reduced awareness of low blood glucose (hypoglycaemia) affects about 25-30% of all people with type 1 diabetes, and puts them at a much greater risk of severe hypoglycaemia, which can lead to loss of consciousness or coma. The HIT4HYPOS study, building on the researchers’ previous study, is looking at whether 4 weeks of high-intensity exercise can restore hypoglycaemia awareness.

A variety of devices are also being tested to help patients manage their diabetes, including systems that measure blood ketones and glucose levels, to understand if patients can monitor and understand their diabetes better and reduce the need to attend clinics. Apps are also being tested that track both diet and physical activity for weight loss and weight loss maintenance.

As well as the interventional studies described above, there are also observational studies such as the ADDRESS-2 cohort study, which aims to characterise new-onset type 1 diabetes in the modern and diverse UK population, and PREVIEW, a large multinational project which combines data from five studies to identify the best lifestyle for the prevention of type 2 diabetes.

In 2016 an estimated 1.6 million deaths were directly caused by diabetes, but fortunately the condition can be treated and its consequences can be avoided or delayed with interventions such as improved diet and physical activity, hopefully with even more effective treatments in the pipeline thanks to ongoing research and studies such as those described in this blog. 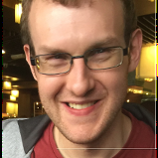