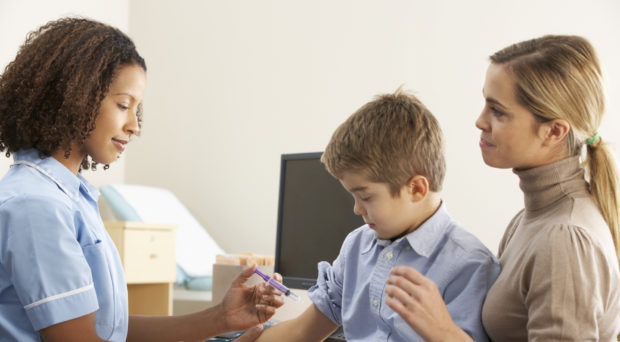 In recent years, we have witnessed an upsurge of measles cases – even in wealthy nations with a well-established two-dose routine vaccination program and where coverage levels have been historically high. This complex phenomenon may have diverse causes depending on the region being studied. In high-income countries it is mainly ascribable to vaccine hesitancy, and to clustering of unvaccinated individuals in specific groups of the population.

According to WHO, more than 80,000 people contracted measles in 2018 in the European Region, more than tripling the number in 2017 (over 25,000) which was already high. In response to this alarming trend, Italy and France approved new regulations introducing compulsory vaccination against measles for children before they enter pre-primary and primary school. Parents who refuse vaccination may face fines and exclusion of their children from preschool in Italy, whilst non-vaccinated children will not be admitted to nurseries or schools in France. However it is still unclear if these strategies are enough to eliminate measles in these countries.

The main focus of our work was to evaluate the effect of possible adjustments to existing immunisation strategies, and to estimate the proportion of people who may remain susceptible to measles in high-income countries over time.

We studied seven countries (UK, Ireland, Italy, US, Australia, Singapore and South Korea), characterized by different demographic conditions and vaccination histories. We adopted a mathematical modelling approach to project the fraction of susceptible individuals in these countries for the next 30 years under two different vaccination scenarios:

Measles elimination is defined as the absence of endemic measles virus transmission in a region or other defined geographic area for ≥12 months. As suggested in the epidemiological literature, in order to achieve and maintain elimination, the fraction of individuals who are susceptible to measles infection should not exceed 6-8% of the population; we assumed this number to be 7.5%.

We found that routine programs with current coverage levels in the next decades are not enough to maintain the herd immunity level required to interrupt measles transmission in the countries studied, with the exception of Singapore and South Korea, where high immunisation rates in children has been achieved in the last 10 years.

All other countries would surely benefit from the introduction of vaccination at school entry on top of current routine immunisation programs, should coverage levels of both routine doses remain around 90%. In particular, from an epidemiological point of view, our analysis clearly shows that targeting 40% of unvaccinated children before school entry would be enough for countries like the UK, Ireland, Australia and the US to reach stable herd immunity levels in the future.

Clearly, the feasibility, sustainability and social acceptability of a mandatory immunisation program per se have to be carefully evaluated by local governments.

In principle, persistent measles elimination can also be achieved in most of the countries studied by reaching and maintaining coverage levels beyond 95% in both first and second dose programs. However, such a large vaccine uptake has never been observed in most high-income countries and may represent a more difficult task than strengthening immunisation at school entry.

Preliminary data from Italy suggest that vaccination coverage has increased since the introduction of compulsory vaccination at school entry. However, our analysis shows that in Italy neither the enhancement of routine coverage levels nor the vaccination at school entry at 100% coverage would be sufficient to decrease the fraction of susceptible individuals below 7.5%, as a consequence of immunity gaps among adolescents and young adults. Therefore, the achievement of measles elimination in settings similar to the Italian one would also require further efforts to reduce susceptibility in older age groups, caused by past sub-optimal vaccine uptake.

An adjustment of current policies is required in most of the countries studied to reach and maintain a sufficiently high proportion of individuals immune to measles – a key requirement for avoiding future outbreaks. 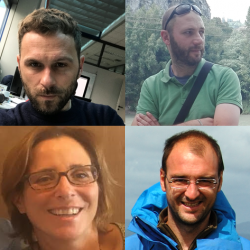 Filippo is a research scientist at the Fondazione Bruno Kessler (FBK), within the Dynamical Processes in Complex Societies (DPCS) unit. He holds a PhD in Statistics from Bocconi University and spent part of his PhD at the MD Anderson Cancer Centre in Houston. Filippo has worked in the last years on the development of mathematical models to investigate the spread of infectious diseases in the human population and evaluate the containment and mitigation measures, accounting for population heterogeneity and demographic changes.

Piero is a research scientist at the Fondazione Bruno Kessler (FBK), within the Dynamical Processes in Complex Societies (DPCS) unit. His research focuses on the development and analysis of computational models for investigating the epidemic spread in human populations and for evaluating the effect of control measures and disease containment/mitigation strategies.

Alessia is an Associate Professor at the Social and Political Science Department and Research Fellow at the DONDENA Centre for Research on Social Dynamics at Bocconi University. She holds a Degree in Economics from Bocconi University and a PhD in Biological Sciences from Warwick University. Alessia has worked several years in the Modelling and Economics Unit at the Health Protection Agency (now Public Health England) in the UK where she was involved in informing policy decision makers on the introduction of vaccination programs that were under consideration at the UK Department of Health.

Stefano leads the DPCS (Dynamical Processes in Complex Societies) Research Unit at Bruno Kessler Foundation, Italy. His research has covered a range of scientific aspects related to epidemiology and computational modelling of infectious diseases such as large scale simulations of emerging infectious diseases, e.g. pandemic influenza; evaluation of mitigation/containment policies, with specific focus on pandemic influenza and Ebola; and effects of population heterogeneity and human mobility on the spatio-temporal spread of epidemics.