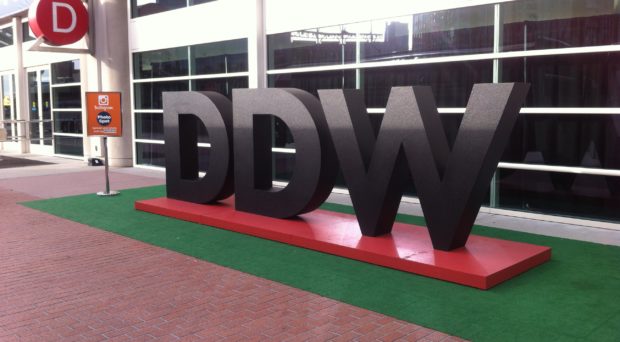 The microbiome was one of the highlights of this year’s sessions, receiving a great deal of attention from researchers worldwide. Numerous studies explore the roles of the gut microbiome in health and disease, often spanning across different topics of research. Animal models are vital for the development of reproducible models of human disease, and results from clinical trials are eagerly awaited by the scientific community and patients alike. Liver diseases were also widely covered, for instance in response to the recent and gradual increase in alcoholic hepatitis, and challenges in organ transplantation. Answers to chronic issues such as Celiac disease are in the spotlight, to provide patients with effective treatment and improved quality of life.

Inflammation was a common theme in many sessions presented at the conference, which is perhaps not surprising given its fundamental role in disease etiology and management.

At a very popular session, Benoit Chassaing presented results on the effects of dietary emulsifiers on human gut microbiota (abstract 88). The research group recently demonstrated the pro-inflammatory effect of emulsifiers in mice gut microbiota, and in their latest study they investigate if and how emulsifiers influence the microbiota in the absence of a host response.

A dynamic human gut model was added with 1% solution of CMC and P80, two common dietary emulsifiers, and both caused a rapid increase of pro-inflammatory potential via two different mechanisms. P80 was able to alter the microbiota composition and allow increased expression of flagellin, previously regarded as an inflammatory marker, where CMC induced the expression of motility genes without affecting the microbiome composition.

Chassaing and colleagues’ latest findings may shed more light on whether the ubiquitous presence of emulsifiers in food products could be seen as a potential risk factor for gut inflammation in the general population.

Chassaing and colleagues’ latest findings may shed more light on whether the ubiquitous presence of emulsifiers in food products could be seen as a potential risk factor for gut inflammation in the general population.

In a case-control study, they analyzed the microbiota of 313 IBD patients and 582 healthy controls and, and composed two risk scores for IBD onset based on genetic variants. Observing strong dysbiosis in IBD patients, they hypothesize that the onset of IBD may be explained by impaired bacterial handling by the gut immune system, and an imbalance in the gut microbiome could precede the onset of IBD. These new results are welcome to better understand the yet unknown etiology of the disease.

Mechanisms of liver disease and developments in treatment

We previously reported that alcohol abuse is on the rise and one of the main causes of liver diseases. Also, advanced alcoholic liver disease (ALD) and fibrosis can develop into hepatocellular carcinoma. Abhishek Satishchandran focused on the hypothesis that loss of miR-122 is a key driver of alcohol-induced liver injury, via a process regulated by the Grainy-head-like-2 (GRHL2) transcription factor. Results from human and mice samples indicated that alcohol increases GRHL2 expression, which in turn suppresses miR-122 transcription, resembling an inflammatory status of the liver. Such findings suggest novel mechanistic insights into inflammation, and indicate a possible therapeutic target for ALD treatment. We look forward to seeing their results for potential new treatments.

Presenting results from the ongoing AGATE-I trial, Tarek Hassanein focused on the treatment of Hepatitis C virus genotype 4, most commonly found in the Middle East. Hepatitis C is difficult to treat and each viral genotype must by managed differently, while taking into account patient condition and comorbidities.

Patients from several countries, with compensated cirrhosis, were enrolled into two arms and received different combinations of antiviral drugs (abstract 503), with the main aim to assess sustained virologic response after 12 weeks (SVR12). Their findings report high SVR12 rates for both arms and that the treatment was generally well tolerated, however a number of patients also experienced serious side effects, but no deaths. Further research on the topic is needed to achieve improved outcomes in HCV treatment.

Peter Green provided the rationale for alternative therapies in Celiac Disease (CD). Clinicians are not currently able to assess patient sensitivity, who are in turn advised to avoid gluten altogether. A small amount of ingested gluten can quickly cause villous atrophy in CD patients, who are frequently not aware they are eating gluten-contaminated food. Long-term villous atrophy is often present in the celiac population, and it is associated with increased risk of lymphoproliferative malignancy.

Ongoing studies are trying to determine the risk of developing celiac disease and its treatment, however a gluten-free diet is still the only current solution.

Read more open access content from our article collection ‘Clinical insights into the human microbiome’, guest edited by Dr Omry Koren. In this article collection we explore the most recent and exciting findings on how the microbiome shapes our body responses and affects treatment. If you have any presubmission queries, please email us at bmcmedicineeditorial@biomedcentral.com

As a general medical journal publishing influential research in all areas of clinical practice and translational medicine, BMC Medicine is always interested in receiving original research submissions addressing some of the most exciting developments in all these topics. Why not consider us for your next groundbreaking research paper?