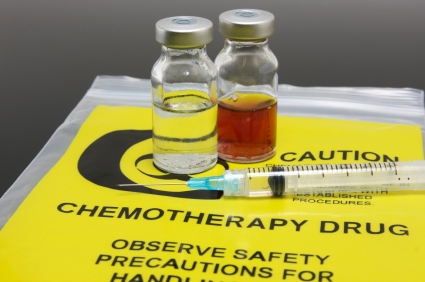 Breast cancer is the most common malignancy in women, causing more than half a million deaths annually worldwide. Typical treatment is surgery, usually combined with targeted therapy and/or radiation. However, in a third of cases patients present tumors that display poor prognosis features, are too big or lack targetable receptors, resulting in the need for chemotherapy.

Chemotherapy drugs work on cells that are actively reproducing, either by damaging DNA or acting on various stages of the cell cycle. Since cancer cells divide much more often than most normal cells, they are more likely to be killed by chemotherapy.

Chemotherapy still causes a range of side effects on non-target tissues, including substantial impacts on the immune system.

Unfortunately, chemotherapy still causes a range of side effects on non-target tissues, including substantial impacts on the immune system. Neutropenia is often regarded as the most serious haematological toxicity and can be associated with infections that may force chemotherapy dose reduction and/or delays that may compromise treatment.

Neutrophil levels eventually recover after therapy with appropriate management and this transient neutropenia is not thought to have permanent consequences.

However, chemotherapy also affects the adaptive immune system, and by contrast, there is evidence these effects may cause more long-lived changes to immunity, although studies in the context of modern chemotherapy regimens and particularly with respect to B lymphocytes are lacking.

A study published in Breast Cancer Research today, analyzed lymphocyte levels and phenotypes in a cohort of 62 breast cancer patients before and at various time-points after chemotherapy, in an effort to understand the longer-term changes associated with chemotherapy and the clinico-pathological factors that may influence them.

What did the study find?

Levels of B, T and Natural Killer (NK) cells were found to be significantly reduced two weeks after chemotherapy, with B cells demonstrating a particularly dramatic depletion, falling to 5.4% of pre-chemotherapy levels.

Levels of all cells recovered to some extent, although B and CD4+ T cells remained significantly depleted even nine months post-chemotherapy.

It was also found that smoking was associated with significant differences in depletion extent and repopulation dynamics when compared to non-smokers. Given the profound changes in levels and phenotypes of B and CD4+ T cells, the researchers next investigated whether circulating antibody levels were also altered, suggesting that antibody-mediated immunity might potentially be affected.

Antibody titres pneumococcal and tetanus antigens were measured, since immuno-reactivity against these antigens is typical within UK populations due to national vaccination programmes. Titres of anti-pneumococcal and anti-tetanus antibodies were both significantly reduced post-chemotherapy and did not recover during the study.

Further investigations are needed to assess whether clinical management should be modified to avoid the worst impacts on the immune system. It also needs to be addressed whether revaccination against common immunogens should be considered in some cases.

What do patients think?

We spoke to Breast Cancer Now patient advocates to find out if they had experienced an increase in infections following chemotherapy. A woman called Susan mentioned that six months following chemo she had a bilateral reconstruction, during which she contracted a major bacterial infection that took several months to treat.

I now seem to pick up germs more easily in spite of improved diet and well-being.

She said, “I have no idea if this was related, but it took me a full 12 months to feel well.” Another patient called Sophia revealed that 14 months since her last chemo, her white blood cell count is still lower than normal. “I now seem to pick up germs more easily in spite of improved diet and well-being,” she recalls. “I almost always get ill with an upset stomach when I go to stay with friends whereas I didn’t before.” Just like Sophia, another patient called Eithne mentioned that she suffers from recurrent mouth ulcers, which have been shown to be caused by immunodeficiency.

While the focus of breast cancer treatment rightly remains on effective cancer cures, it is obvious that other aspects of post-treatment welfare as well as raising awareness of these longer-term side-effects require additional attention.

Yes immune system does seem to be depleted after chemotherapy. I had 3 months taxol/carbo for uterine ovarian cancer. In the following year I was treated three times with antibiotics for 3 different infections which I would not normally have contracted.

Sarah Theissen has a BSc in Applied Biosciences (Cork Institute of Technology) and a PhD in Endocrine Oncology (Royal College of Surgeons in Ireland). She worked as a Postdoc at Baylor College of Medicine in Houston before joining BioMed Central in 2014. In her role as Senior Journal Development Editor, she works on a portfolio of oncology journals.