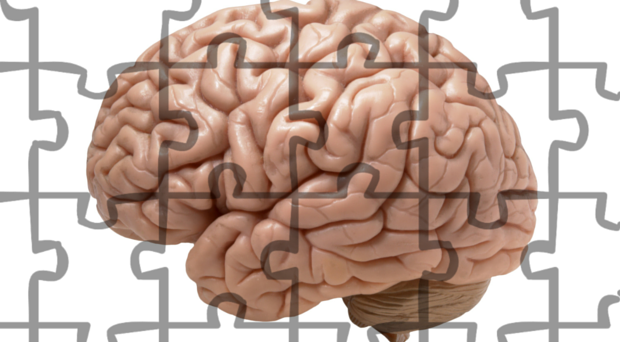 Putting together the evidence for brain morphology and schizophrenia
Pixabay

Dr. John P. John is an Additional Professor of Psychiatry and Adjunct Faculty of Clinical Neurosciences at the National Institute of Mental Health and Neurosciences (NIMHANS), Bangalore, India. He is the Principal Investigator of the Multimodal Brain Image Analysis Laboratory (MBIAL) at NIMHANS, where he is involved with research on schizophrenia and Alzheimer’s dementia.

What association does current evidence suggest there is between brain morphology and schizophrenia?

Ever since the advent of modern brain imaging methods about 40 years ago, the scientific literature has been replete with thousands of reports of volume of the whole brain as well as that of specific brain regions being reduced in patients with schizophrenia.

These findings have in turn spurred research on developing ‘animal models’ of schizophrenia by producing lesions at these sites. Researchers have also been making attempts at linking these supposedly ‘abnormal’ brain regions with various other neurobiological parameters such as molecular-genetic, proteomic, neurochemical, immunological as well as other parameters.

These reports have also formed the basis for various intervention strategies as well, targeting these ‘abnormal’ brain regions. The recently published multi-site collaborative studies, multi-site mega-analysis, as well as a meta-analysis of several hundreds and thousands of patients, seem to have underlined this link between reductions of volume of specific brain regions and the diagnosis of schizophrenia.

What controversial issues are there regarding brain morphology studies in patients with schizophrenia?

Despite the seemingly ‘robust’ reports of whole-brain and regional reductions of brain volumes in schizophrenia, the major issue that seems to dog the field is the lack of consistency of these findings across different samples of patients with schizophrenia.

Even though the earliest neuroimaging papers reported brain volume reductions only in patients with long-standing illness having predominantly negative symptoms (lack of interest, drive and motivation; reduced speech; reduced social interactions etc.), subsequent papers have reported whole-brain as well as regional volume reductions in patients not only with chronic illness, but also in those who were in their first-episode of schizophrenia.

This has fueled the assumption that schizophrenia is invariably characterized by brain volume reductions, which are noted even before the appearance of the initial symptoms of the disorder. Indeed, it is doubtful whether there is any brain region left that has not been reported to show volume reductions in schizophrenia!

However, a solid argument against this dogma is the fact that the consistency of these results across studies is far from satisfactory.

The reasons for such conflicting findings may be manifold ranging from variable age, age of onset, duration of illness, gender distribution, medication status as well as life-time drug abuse of the samples studied. Moreover, methods of acquisition of brain images as well as analyses vary across different studies.

Another important aspect to be considered here is the reluctance of mainstream journals to publish ‘negative’ findings, resulting in majority of the published reports turning out to be positive.

An argument that is very often put forth is that ‘negative’ reports may be due to ‘inadequate’ sample sizes.

An argument that is very often put forth is that ‘negative’ reports may be due to ‘inadequate’ sample sizes. However, evidence from existing research reports tells a different story. There are studies in the literature that have reported brain volume reductions at a stringent statistical significance threshold even with sample sizes as low as 14-20 subjects.

On the other hand even when sample sizes are amplified using strategies such as mega- and meta- analyses, no consistent findings have emerged across these studies.

How did you control for the many variables there are that could affect the results of your study?

In order to examine whether brain volume changes are evident at the beginning stages of the illness, we compared the whole-brain and regional brain volumes of 45 subjects with schizophrenia having a maximum duration of five years from onset of illness, with those of a control sample of 45 healthy subjects that was matched to the schizophrenia sample with respect to age and gender distribution. These patients with recent-onset schizophrenia had limited exposure to neuroleptic drugs and were without a history of drug dependence.

Standard software packages and analysis pipelines were used in the study. We employed appropriate significance thresholds for statistical comparisons between the groups.

What were the main results of your study?

We found that there were no significant volumetric reductions of the whole brain or of any specific brain region in the schizophrenia sample when compared to the matched control sample of healthy subjects at a statistical significance threshold that eliminates spurious findings.

What new questions regarding brain morphology and schizophrenia have risen from the results of your study?

Our findings simply indicate that brain volumetric changes need not necessarily be tightly linked to the schizophrenia diagnosis, but may independently be affected by other factors as well.

Our findings imply that demonstrable brain volume reductions may not be a hallmark of schizophrenia, nor essential for the development of the condition.

However, we are in no way contending that brain volume reductions cannot be demonstrated at the appropriate statistical significance threshold in a different sample of patients with schizophrenia.

Our findings simply indicate that brain volumetric changes need not necessarily be tightly linked to the schizophrenia diagnosis, but may independently be affected by other factors as well.

Apart from the socio-demographic and illness-related factors mentioned above, perhaps the most appealing candidate could be differential expression of genes associated with schizophrenia risk that have an additional effect on brain morphology owing to their cellular and molecular functions.

Such a re-conceptualization provides us with a framework to explain the inconsistent brain morphological findings in schizophrenia in the literature.

It is therefore, our opinion that future studies should attempt to generate models of the complex mediation of brain morphology in schizophrenia by candidate risk genes and the proteins that they express.

These interactions could impact certain important neurodevelopmental functions that in turn have an effect on brain morphology (To view the article, click here)

This approach could advance our understanding regarding how genetic, epigenetic and epistatic factors confer vulnerability to the development of schizophrenia through altering brain morphology.

Journal Development Manager at BioMed Central
Within BMC, Ella oversees a portfolio of open-access, applied-methodology journals within health sciences that aim to improve the design, conduct and reporting of different study designs. She is an advocate for improving research integrity and seeing publishing and peer review develop to meet the needs of the research community. Before working in publishing, Ella completed a Master's of Science in biomedical and molecular science at Kings College London.