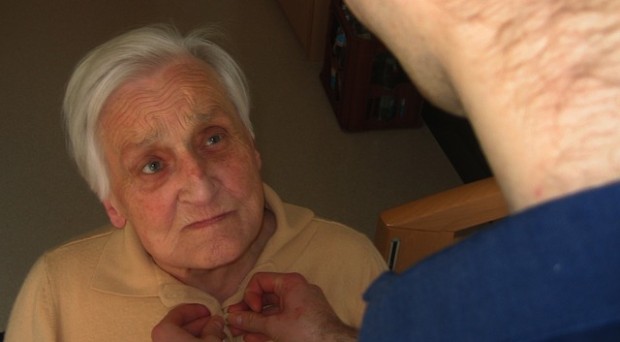 Dementia has a devastating effect on both sufferers and their families.

Dementia is fast becoming a global epidemic.  Approximately 47.5 million people worldwide are living with the condition, a number that is set to triple by 2050. It is a symptom of a wide range of brain damaging diseases, including Alzheimer’s disease,  vascular dementia  and Parkinson’s disease. It places a huge economic burden on the world, costing approximately US$604 billion a year and affects 850,000 people in the UK alone.

Dementia has a profound effect on both those with the condition and those that are caring for them.  It strips sufferers of their memory, personality and, finally, their ability to do even the simplest of tasks.

For caregivers, the impact of looking after someone with dementia can be overwhelming, taking a toll on their physical and mental wellbeing as well as their finances. Yet, far less is known about dementia than other major global health conditions such as cancer or cardiovascular disease and only three new drug therapies have obtained approval to treat Alzheimer’s disease in the last 15 years.

Only three new drug therapies have obtained approval to treat Alzheimer’s disease in the last 15 years.

A ‘hot topic’ for research

The only way to stop the devastation wrought by dementia  is through research. The good news is that dementia research is currently high on the political agenda.

Back in 2012, UK Prime Minister David Cameron launched the dementia challenge.  Describing the condition as “one of the greatest enemies of humanity”,  he has announced that the government will double the current (2015) amount of research funding  available by 2025.

The World Health Organisation (WHO) hosted its first Ministerial Conference on Global Action Against Dementia on March 16-17 this year. On the first day of the conference, the UK Secretary of State for Health, Jeremy Hunt, announced a $100m global Dementia discovery fund.  And the UK also saw the recent launch of Join Dementia Research , set up by the National Institute for Health Research (NIHR),  Alzheimer Scotland, Alzheimer’s Research UK and the Alzheimer’s Society, to encourage people to sign up to take part in dementia research.

The ISRCTN registry is BioMed Central’s clinical trials database and one of a number of WHO recognised platforms that allow researchers to register their clinical research studies publicly. Working as a database editor for the registry gives me an exciting insight into some of the most current research into dementia.

Research into potential new drugs  is only part of the picture.

Research into potential new drugs  is only part of the picture. The range of dementia research is very broad and also includes psychological treatments and programs to provide caregiver support.

Many examples of dementia research past and present  can be found  by searching though the registry. It currently contains 156 dementia studies from 25 different countries. It would be impossible to cover them all here, but I’ve picked out some of the highlights.

A trial in Singapore, for example, is looking into how a mobile phone app could help support the carers of people with dementia.  It has been developed to help people develop coping strategies, alleviate any depression they are experiencing  and  provide support for coping with the more challenging behavioural problems exhibited by some dementia sufferers.

Meanwhile, the NIHR has funded a five year study to tailor a home-based occupational therapy programme developed in the Netherlands for patients with mild to moderate dementia for the UK. Many patients taking part in the  Dutch study became more able to carry out their normal daily activities, and found that both their mood and general quality of life improved.

After carrying out a feasibility study, UK researchers are now running a randomized controlled trial to test whether this new intervention can yield similar results to the original research and allow dementia patients to enjoy their usual daily life and remain independent for as long as possible.

Another study, currently looking for participants, is investigating whether remembering, talking about and sharing important memories and events helps dementia patients that have mild to moderate memory problems. This is called ‘reminiscence and life review’ therapy.

Patients are asked to remember a nostalgic event or listen to a piece of music that has special meaning for them and then describe how it makes them feel. The researchers are hoping to know more about any potential psychological impact that this therapy may have on people with dementia.

Up until now, funding into dementia has lagged significantly behind other main disease areas such as cardiovascular disease and cancer.

These are exciting times for scientists working in dementia research. Up until now, funding into dementia has lagged significantly behind other main disease areas such as cardiovascular disease and cancer.

Recent pledges to put the condition high on the public health agenda should increase both public awareness and investment. For example, with major pharmaceutical companies on board, the global Dementia discovery fund aims to invest in promising new avenues of research from which it is hoped that new treatments can be developed.

Public awareness has also begun to increase. For example, the new Join Dementia Research  service has already signed up over 6000 volunteers. It is hoped that global research on dementia will lead to new ways to halt progression of the disease by 2025 or perhaps even find a cure. This means that people in their forties today (myself included) will not have to face this terrible disease.

With that in mind, I look forward to registering many more studies on dementia as this area of research begins to expand.

My father has dementia and I am heartened to read that more research is on its way. Looking forward to future articles reporting the studies and developments in this awful condition.

Editor at Biomed Central
Alison is a Team Manager for the BMC-series. She studied at the University of Reading completing a PhD on investigating the effects of mutations on the structure of p53. After working for a time in academia, she joined BioMed Central in May 2014, as a Database Editor for the ISRCTN registry. Alison joined the BMC-series in November 2016 and is the editor for a number of biology journals, including BMC Bioinformatics and BMC Ecology and Evolution.