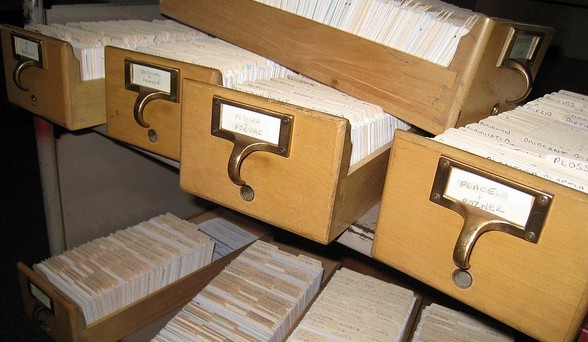 The file drawer effect: important results are never seeing the light of day

For a long time, a dichotomy has existed in science. If a researcher suppressed half the results from their study, to be able to show the result or trend they wanted, this would be unanimously condemned as research misconduct. But for some reason, suppressing the results of entire studies was considered acceptable. There are those of us who have been fighting this absurd situation for decades, but now the World Health Organization (WHO) has thrown its weight behind the advocates for clinical trial transparency.

In their Statement on Public Disclosure of Clinical Trial Results, the WHO have made it unambiguously clear that researchers have a moral and ethical imperative to make the results for all clinical trials – past, present and future – publically available, to allow us to make informed clinical decisions. This is in-line with what the AllTrials campaign has been calling for. After all, what on earth is the point of doing research, if it doesn’t make the patient’s life better?

It’s unethical to conduct clinical research without reporting the results

This is a strong statement from the WHO; however, it may ring somewhat hollow to many.

Although it is an influential organisation, the WHO has no legislative power. This statement also has echoes of the US Food and Drug Administration Amendments Act (FDAAA) from 2007, which mandates timely reporting of results from interventional trials on ClinicalTrials.gov.

Despite the FDA being entitled to issue fines of $10,000 every day after the set deadline, less than half the trials registered on ClinicalTrials.gov have posted results. And the fine has never actually been levied. The road to hell is paved with good intentions, after all.

So how can we make sure that there really is transparent reporting of clinical trial results? Rather than strong words, it is actions that will engender real change.

The first step, argued Ben Goldacre at the recent Evidence Live conference, is knowing who has made their results available, and who has not. Registration is often viewed as an end in and of itself; however, its true value is to facilitate publication audit.

This aspect of trial registration has also been highlighted in the WHO Statement. They state that the trial registration number should be provided as part of the abstract to PubMed and other bibliographic search databases, which is something we have been pushing for a while. This makes it possible to quickly and reliably audit whether a specific clinical trial has had its results reported.

Without full reporting of all data, publishing any data distorts the true picture and  is worse than useless.

However, even for those trials with published results, they are often not reported in sufficient detail for the readers to reliably evaluate bias or selective reporting. The WHO points researchers towards the CONSORT Statement, which sets out the minimum dataset for a complete and transparent account of what was done and seen.

Approaching 20 years since its first appearance, the CONSORT Statement’s benefit on reporting has been clearly seen, but with only modest improvement to the completeness of reporting over time. Nonetheless, as Doug Altman advocates, there are many advantages to the more structured reporting of results that is seen in trial registers, a statement echoed by Ben Goldacre in his recent commentary.

It is easy to ‘talk the talk’, but delivering sustained change will take some doing. The WHO have issued the challenge, and it is nothing less than full transparency for all clinical trials. Now it is up to us – the researchers, companies, funders, regulators, and publishers – to drive it through and ensure that publication bias is no longer considered a misdemeanour. Publication bias is research misconduct. End of story.