This is a guest post by Professor Alan Lopez, Director of the Global Burden of Disease Group at the University of Melbourne. He takes a look at why we need to know more about causes of death in populations, and how verbal autopsy provides a viable solution.

We need to know more about causes of death

Each year, over 50 million people die worldwide, many of them prematurely, but for only about one-third of them  do we know with some confidence what they died of. In some regions of the world this fraction is much higher at  90% or more; in others, like sub-Saharan Africa, it is less than 10% Yet politicians, policy makers and public health professionals are expected to make rational decisions about the allocation of scarce health resources on the basis of these data, or lack of them.

The critical role of cause of death information in guiding public health responses to epidemics has been appreciated for centuries, going back to John Graunt’s pioneering work on the Bills of Mortality in London parishes at the beginning of the 17th century.

Importantly, the need to standardize how diseases and injuries were classified, and rules for choosing which among them actually led to death, has greatly facilitated global health monitoring and responses, and led to the adoption of the International Classification of Diseases, Injuries and Causes of Death (ICD) which has been in use in some countries for over a century.

Today, over 100 countries now apply the ICD to routinely measure causes of death in their populations. But what are the options for poorer countries who have yet to establish and maintain functioning civil registration systems to register all deaths, and to train and divert physician resources to certify the cause of each death? In these populations, where health conditions often change rapidly, reliably understanding cause of death patterns is likely to be even more important than in countries that can.

Verbal autopsy is the viable solution

It is unlikely, despite recent global attention, that complete and reliable death registration and cause of death certification by physicians will be attained in the near future, although that must remain an important focus of global development strategies. The only practical, and I believe, viable solution in the short term is to use verbal autopsies (VA) to improve our knowledge of causes of death. These methods  have hitherto largely been applied in research settings to understand the cause of an individual’s death; recent advances in methods now mean that they can, in principle at least, be applied in routine mortality surveillance systems to provide essential information on causes of death in populations. 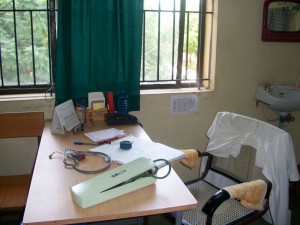 Routine application of verbal autopsies in civil registration has been hampered by three concerns: 1) the need to ask many questions of the family about symptoms, which might be time consuming, costly and unacceptable to the respondents; 2) the reliance on busy physicians to review the responses, thus distracting them from essential health service delivery where it is most needed; and 3) uncertainty about the accuracy of a VA diagnosis and hence concern about its utility to inform public policy in countries. Adequately addressing these issues is , I believe, less a matter of money, but more a matter of improving the science of VA, and confidence in that science.

The VA questionnaire that was first developed in the 1980s and eventually formed the basis of WHO’s guidance to countries, typically takes almost an hour to administer. Recent research has identified that we can cut this down to less than 30 minutes without a significant decline in the ability of the VA to get the cause of death right.

This research was based on a large data set of more than 12,500 deaths in several parts of the world (the Population Health Metrics Research Consortium –PHMRC) for which we knew the true cause of death. We knew, not because we asked physicians, but because these cases met strict, pre-defined clinical criteria. This means greater comparability and allows our short-form questionnaire to monitor mortality patterns worldwide in a standardized way.

The use of physicians to review VA questionnaires to diagnose the cause of death is problematic for a number of reasons. Physicians are busy, costly and likely to interpret the information from a VA in different ways. Relying on them to diagnose the cause of death of a patient that they have never treated is unlikely to produce reliable information at reasonable cost, but likely to result in long processing delays in diagnosing causes of death. Using automated computer methods to identify patterns among reported symptoms has the advantage of standardizing VA diagnoses within and across countries quickly and cheaply. But can it do so accurately?

The benefits and challenges of automated methods

The pioneering work by Peter Byass in developing and applying a computerised method (Inter-VA) to replace physician review was a huge step in this direction, but in the absence of plausible ‘gold standards’, the accuracy of InterVA had never, until recently, been properly evaluated.

Subsequent research using the PHMRC validation dataset has identified even better, more accurate diagnostic methods than InterVA. In particular, the more intuitive Tariff method significantly out-performs InterVA in diagnosing causes of death. Even more importantly, our research has consistently demonstrated that automated methods such as the Tariff method, but not InterVA, provide a much more accurate diagnosis of the cause of death than physicians. 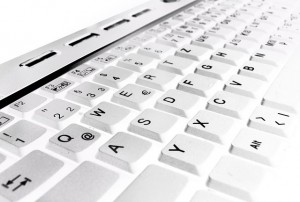 But how does the accuracy of the Tariff method compare to data from hospitals where doctors routinely diagnose causes of death based on direct observation of patients, lab results, and documented medical histories? We found that automated methods are nearly as successful as doctors in large, specialized hospitals in a middle income country (Mexico) in getting the cause of death right. We should be judging the probable performance and accuracy of automated VA methods in routine mortality surveillance systems against this standard, not the unrealistic expectation that VA will correctly diagnose the cause of all deaths.

These findings have been a major breakthrough. We simply cannot expect that physicians in countries where VA methods are called for can be organized, motivated, trained, funded and supervised to routinely diagnose the tens of millions of anonymous or uncertified deaths that take place each year. But we can expect that automated VA methods applied to a short-form, evidence-based questionnaire will rapidly improve how little we know about causes of death in most poor countries.

We now also have the technology to take on this challenge, using tablets and smart phones that can yield almost instantaneous diagnoses that are more accurate, standardized and comparable than those by physicians, quite apart from their practicality and low cost.

Automated VA methods are ready for widespread application. Doing so, will greatly reduce ignorance about who dies of what and strengthen health intelligence to inform policy and planning, particularly in countries where the epidemiological transition is proceeding rapidly.

This post is the third in a series about verbal autopsy, the subject of a selection of articles just published in BMC Medicine’s Medicine for Global Health collection.