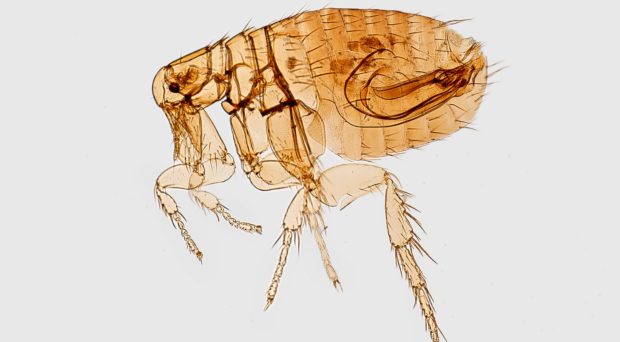 In 2018, 248 cases of (essentially bubonic) plague were reported around the world, 98% of which from just two countries (Madagascar and the Democratic Republic of Congo) – a 90% fall in a decade, and a far cry from the pandemics that decimated the world’s population up until the end of the 19th century.

So, why should one bother to conduct clinical trials of treatments for plague? Especially since they are so challenging that none has been completed successfully so far?

Precisely because no hard evidence from clinical trials – the robust testing we want in order to feel confident a certain treatment is safe and effective – exists today for any of the drugs and regimens which are currently recommended and being used. And because plague has not gone away.

A number of drugs are approved for use for plague by the United States Food and Drug Administration (FDA) based on the so-called ‘animal rule’, which applies to situations whereby human studies are not feasible and experimental data are used instead. Some of these drugs have long been in use, and physicians feel generally comfortable using them.

However, several different regimens exist, and some have significant drawbacks. Many countries rely heavily on aminoglycosides, like streptomycin (in use since the late 1940s) and gentamycin, to treat plague. While effective, aminoglycosides exhibit high toxicity for the patient and would require onerous renal and auditory testing, which many health facilities in low- and middle-income countries are not equipped to carry out. Streptomycin in particular has poor global availability and, coupled with high prices and administration via injection only, it is becoming less of a viable option in poorly resourced settings. Because of these safety concerns some countries use doxycycline, which is however bacteriostatic and only for oral intake, therefore not adapted for more severe forms of plague. Both aminoglycosides and tetracyclines are contraindicated in pregnancy.

Other options do exist that are less of a burden on the patient and on health system resources. Ciprofloxacin, for example, has shown equivalent or superior therapeutic efficacy to streptomycin and gentamycin in non-human studies; it can be administered orally or via injection allowing the ability to switch administration route when clinically appropriate; and it does not require extensive monitoring.

There have been some attempts to test regimens clinically, but field conditions (plague occurs mostly in remote rural areas) and civil unrest have conspired against completing them. There are also other challenges: no consolidated trial methodology and an agreed core outcome set exist to assess treatment efficacy.

That’s why, in response to a growing need for more robust and comprehensive evidence supporting the effectiveness of all available treatment regimens, the University of Oxford, Institut Pasteur de Madagascar, Centre Hospitalier Universitaire Joseph Raseta Befelatanana and Centre d’Infectiologie Charles Mérieux, have teamed up to organize a randomized clinical trial in Madagascar in which patients will receive either the country’s first-line treatment (streptomycin followed by ciprofloxacin) or the third-line treatment (ciprofloxacin alone). The trial is titled “An open-label, randomized, non-inferiority trial of the efficacy and safety of ciprofloxacin versus streptomycin + ciprofloxacin in the treatment of bubonic plague (IMASOY)” and the protocol has recently been published.

Due to the global distribution of plague cases now lying predominantly in low-income countries, it is particularly important that we expand the evidence base for a regimen which is safer, easier to comply with and that can be used in low-resource health settings. We aim to determine whether a regimen based on administering ciprofloxacin alone can become first-line treatment and meet this global health need. But this treatment would also be valuable in all settings.

Let’s not forget Yersinia pestis – the bacterium causing plague – is present in fleas and rodents all over the world, and that sporadic cases occur regularly in high-, middle- and low-income countries alike, including the USA and China.

Let’s not forget Yersinia pestis – the bacterium causing plague – is present in fleas and rodents all over the world, and that sporadic cases occur regularly in high-, middle- and low-income countries alike, including the USA and China. In locations where cases are seen more regularly in higher numbers, plague has proven that it still has epidemic potential: in 2017, Madagascar reported an urban outbreak of pneumonic plague that resulted in 1878 cases across two of its primary urban areas. On the other hand, plague has the potential to arise in locations where it has not been reported in humans for years or even decades, as was the case in Libya where until 2009 there had been no detected cases of plague for 25 years. Finally, in August 2020, California reported its first case of bubonic plague in 5 years, a herdsman was hospitalized with plague in China, and a teenage boy died from bubonic plague in Mongolia.

Plague is a zoonotic disease of epidemic potential with an active reservoir in many countries, including advanced economies, and the ability to lay dormant for long periods of time. Contact between humans and wildlife is increasing, risking more frequent zoonotic spillover and more human cases. Before we reach the next plague epidemic and questions arise over which treatment option is best, we must test. And epidemic or not, we must obtain the evidence we need in order to improve care and improve outcomes for patients in all healthcare settings for a disease that has quite literally ‘plagued’ humanity for five millennia. 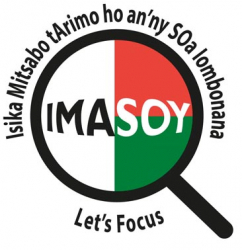 Piero Olliaro is the Director of Science of the International Severe Acute Respiratory and emerging Infection Consortium (ISARIC) and Professor of Poverty Related Infectious Diseases at the University of Oxford. Piero is responsible for the implementation and support of ISARIC’s clinical research programme, including projects on plague, Lassa fever, COVID-19 and monkeypox.

Josie Bourner is the Clinical Trials Manager of the International Severe Acute Respiratory and emerging Infection Consortium (ISARIC). Josie is responsible for the management of several projects within ISARIC’s clinical research programme, including projects on plague, Lassa fever and monkeypox. Josie is also a DPhil student at the University of Oxford studying clinical trial methodology for rare emerging infections.

Alex Salam is a Specialist Registrar in Infectious Disease and General Internal Medicine. He was a Clinical Advisor at the Save the Children Kerry Town Ebola treatment centre (ETC) and subsequently Medical Director at the GOAL Port Loko ETC during the West African Ebola outbreak in Sierra Leone. Alex is a clinical researcher on the UK Public Health Rapid Support Team (UK-PHRST), and is part of the core deployable team.

Rindra Vatosoa Randremanana is the Head of the Epidemiology and Clinical Research Unit at the Institut Pasteur de Madagascar in Antananarivo. Rindra oversees the epidemiology and clinical research programme, including projects on plague, infant malnutrition and tuberculosis.

All authors are part of the IMASOY trial team.