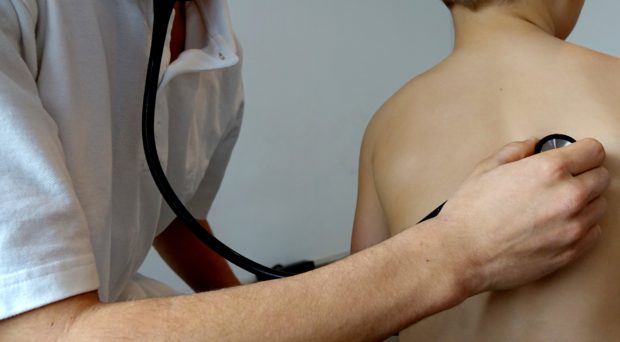 Chronic obstructive pulmonary disease (COPD) is just not one disease. It is a group of diseases characterized by breathing difficulties. COPD includes emphysema, damaged air sacs in the lungs, chronic bronchitis, and inflamed airways. In COPD, the airways are narrowed due to inflammation, making it harder to breathe.

COPD affects 10.1% of the global population and causes over 3 million deaths annually. However, many people with COPD don’t know they have COPD.

In COPD, the damage to airways is permanent, but progression of the disease may be slowed through careful management. COPD is often treated with inhalers and medicines designed to make breathing easier and many patients also benefit from pulmonary rehabilitation, a specialized program of exercise and education. A limited number of patients may also benefit from surgical interventions. The most effective way to slow down the progression of COPD is to quit smoking.

Increasingly, clinicians and researchers see COPD as one component of systemic disorder. COPD patients often suffer from a number of additional chronic conditions beyond the lungs, known as comorbidities, which are associated with increased risk of adverse events and death. Some common comorbidities include ischemic heart disease, heart failure, osteoporosis, gastroesophageal reflux, anxiety, and depression.

Who is affected by COPD?

COPD affects 10.1% of the global population and causes over 3 million deaths annually; however, many people with COPD don’t know they have COPD.

COPD is often thought of as a disease of the old age. However, early identification is crucial because early interventions, especially smoking cessation, can reduce the decline of lung function.

In low-to-middle income countries, exposure to smoke from biomass fuels used for heating and cooking is recognized as major environmental risk factor for COPD, in addition to tobacco smoking. Exposure to such fumes begins early in life, which may affect lung development, and can lead to disease, even in non-smokers.

In the past, COPD was thought to be a primarily self-inflicted condition caused by tobacco smoking. However, we now understand that its development is far more complex. Not all smokers get COPD and some non-smokers can develop the disease. The role of genetics, epigenetics, lung development, early life exposures, and indoor and outdoor air pollution in the development and exacerbation of COPD are important topics for researchers.

How do we end COPD?

Switching to cleaner sources of energy for heating and cooking and improving indoor ventilation in areas that use biomass fuels reduces respiratory symptoms, lung function decline, and the risk of COPD. However, tobacco smoking remains the most common cause of COPD. Therefore, the best strategy for ending COPD is: quit smoking. There has been a huge reduction in smoking levels through extensive public health campaigns, smoking bans, and taxes. Nevertheless, 1.1 billion people worldwide still smoked tobacco in 2015.

The World Health Organisation has set the voluntary target for a 30% relative reduction in smoking by 2025, a goal that the European region is not yet on target to meet. In the UK, 14.1% of the adult population still smokes tobacco, but the government has announced an ambitious plan to create a ‘Smoke Free England’ by 2030. Around 80% of the world’s smokers live in low-to-middle income countries, reducing smoking in these areas is imperative if we want to end COPD.

Jennifer K Quint is a Reader in Respiratory Epidemiology at Imperial College London’s National Heart and Lung Institute and is an Honorary Consultant Physician in Respiratory Medicine at Royal Brompton Hospital, London.