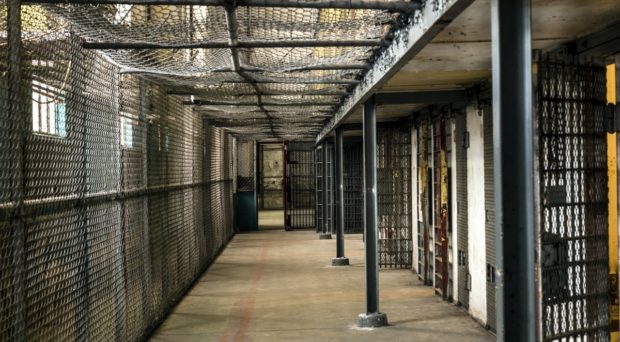 Suicide is a worldwide phenomenon with over 800,000 people taking their lives each year. Eventual suicides are 5 times higher in male prisoners and 20 times higher in female prisoners than in general population controls. Internationally, high rates have been consistently identified for people in police custody, the courts and probation services in the community.

Can we do anything to prevent suicides from occurring?

Prevention of suicide in prisoners is highlighted in the United States National Strategy for Suicide Prevention, and it is a key component of the National Suicide Prevention Strategy for England. An important aspect of these strategies is detection of those at highest risk. It may not be possible to generalize from suicide research in the general population: but specific risk factors may apply in prisoners.

One study including 4780 cases of prison suicide found that several demographic, criminological, and clinical factors were found to be associated with suicide in prisoners. The most important being occupation of a single cell, recent suicidal ideation, a history of attempted suicide, and having a psychiatric diagnosis or history of alcohol use problems. These factors provide the opportunity to inform suicide prevention strategies for individuals in custody.  For example, use of carefully devised monitoring and assessment tools to identify those most at risk; followed by evidence-based interventions to help support people that are feeling suicidal.

In a special collection of Health & Justice, a series of commissioned papers explore the issues relating to self-harm and suicide in the criminal justice population. One study reports’ on the feasibility of implementing the use of problem-solving skills in prisons to prevent subsequent suicidal behavior. Previous research has shown that problem solving skills in the community can help people to reduce the number of times they self-harm.

Why is this important?

This is important because people who repeat self-harm are more likely to commit suicide and additionally, ‘problems’ are cited by people as the main causes of self-harm behavior.

Ongoing research by the Universities of York and Leeds is exploring the development of a peer-led training program that helps prisoners learn new problem-solving skills enabling them to take a pro-active approach to problem-solving and respond in a less impulsive manner. This step by step process enables someone to generate a range of different solutions which might then help resolve a specific problem.

Please note – Springer Nature is a publishing company and therefore does not provide direct medical advice. Whilst the research provided above is a useful resource, it should not replace direct consultation with a medical practitioner. Additional information and contact details can be found on the World Suicide Prevention Day homepages here.

Dr Amanda E Perry is a Senior Lecturer and Forensic Psychologist in the Mental Health and Addictions Research Team at the University of York, UK.