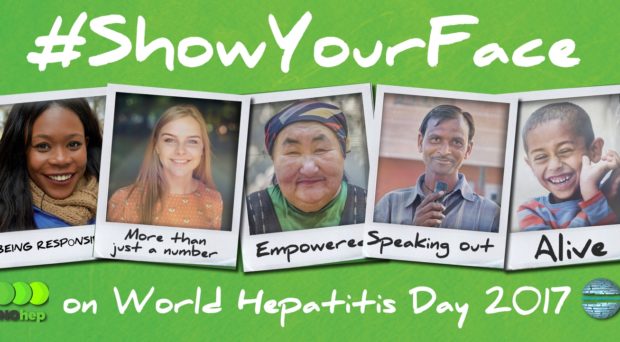 With so many ‘world days’ populating our calendars, many people remain sceptical about the impact of global awareness dates. We are happy to say that World Hepatitis Day (WHD) annually proves the sceptics wrong.

World Hepatitis Day has become a global day of action which unites policymakers, medical professionals and patients to raise awareness of the huge burden of viral hepatitis and to influence real change.

In ten short years, World Hepatitis Day has evolved and exceeded all expectations. From the first community-led World Hepatitis Day in 2008, which was largely supported by patient groups from around 47 countries to today where millions of supporters in almost every country in the world celebrate the day with awareness activities, testing drives and countless other events. World Hepatitis Day has become a global day of action which unites policymakers, medical professionals and patients to raise awareness of the huge burden of viral hepatitis and to influence real change  in disease prevention and access to testing, treatment and care.

WHD is crucially important as the disease has been neglected for so long. Despite killing 1.34 million people every year – that’s as many as HIV/AIDS, malaria or tuberculosis – viral hepatitis has been almost entirely overlooked by governments and completely misunderstood by the general public.

The past year represents a real turning point for this epidemic and previously unimaginable progress has been made; the voice of our community grew stronger with over 250 hepatitis patient groups making up the World Hepatitis Alliance, 194 governments have committed to a global strategy to eliminate viral hepatitis by 2030, and for the first time we have baseline data on the true impact of this disease. Underpinning so many of these successes is World Hepatitis Day.

If it wasn’t for the fact that WHD was initially ignored by so many governments, the World Hepatitis Alliance may not have been able to mobilise the community in the way that we did. Thanks to governments’ failure to acknowledge the day, we instead engaged patient advocates to push for its official recognition through a World Health Assembly resolution in 2010.

Not only did this make World Hepatitis Day one of just four disease-specific global awareness days officially endorsed by the World Health Organization – and therefore committed governments around the world to marking the day – the 2010 resolution also gave a clear message that far greater attention was needed. Motivated by the need for international recognition to ensure WHD had an impact, this initial spark of advocacy has since inspired further action and policy change.

Over the last ten years, the day has gone from strength to strength. Thanks to the dedication of thousands of individuals and organisations, over 1,000 activities took place in 176 countries in 2016. The level of online engagement seen last year was incredible with over 360 million people reached. The concept of elimination in particular gathered real momentum in 2016 and WHD2016 was used to engage stakeholders around this goal and to launch NOhep, the first global movement to eliminate viral hepatitis by 2030.

The elimination of this global epidemic is not just a public health goal – it is an individual goal for millions of men, women and children across the world.

Building on last year’s successes, the theme of WHD2017 is “ELIMINATE HEPATITIS”. This offers an opportunity for all stakeholders to be part of eliminating a group of diseases that are the leading cause for liver cancer in the world. Every activity that addresses viral hepatitis is a step towards eliminating it. Yet the elimination of this global epidemic is not just a public health goal – it is an individual goal for millions of men, women and children across the world.  Every single person could be affected by viral hepatitis and we all have a part to play to achieve elimination.

To highlight this, we’re connecting the faces of real people to elimination of viral hepatitis through the #ShowYourFace campaign which calls on individuals to take a selfie and show the world how they are contributing to the elimination of viral hepatitis. Showing your face and participating in the online campaign is easy to do – just add your selfie to the #ShowYourFace gallery, sign the Thunderclap or share WHD social media graphics.

However you plan to celebrate World Hepatitis Day this year, change is brought about thanks to actions across the globe, no matter how big or small, and the world coming together to boost the profile of viral hepatitis. Continued collaboration will be key to achieving our elimination goal and World Hepatitis Day remains the most important annual opportunity for us to do so. Join us on July 28th and help make a difference.

July 28 is the birthday of Nobel Prize recipient Dr. Baruch Blumberg (1925-2011). Because he discovered the Hepatitis B virus as well as the Hepatitis B vaccination, we recognize July 28 as World Hepatitis Day. Hepatitis is an alphabet soup of viruses from A to E that affects 400 million people worldwide. Hepatitis results in both short-term and long-term liver disease.