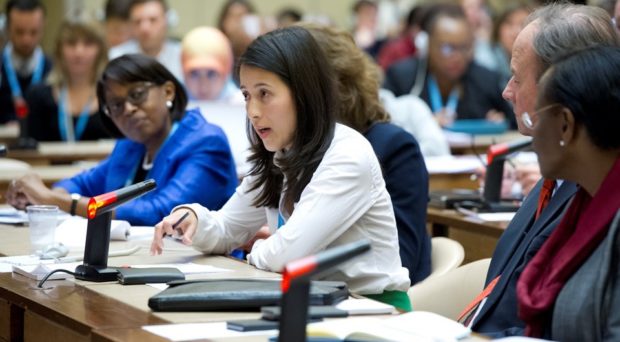 Over the last ten years, we have talked, attended meetings, written reports, held global awareness days and even screamed at times, to raise awareness and illustrate the global and national impact of viral hepatitis. Ten years of efforts will culminate this week as 194 countries decide the fate of millions of people living with viral hepatitis.

At the 69th World Health Assembly in Geneva, May 23-28 2016, governments will decide whether to adopt or reject WHO’s first ever Global Health Sector Strategy for Viral Hepatitis (GHSS). The strategy sets a goal of eliminating hepatitis B and C by 2030 and includes a set of prevention and treatment targets which, if reached, will reduce annual deaths by 65% and increase treatment to 80%, saving 7.1 million lives globally by 2030. With vaccines and effective treatments for hepatitis B and a cure for hepatitis C now available, elimination of viral hepatitis is both feasible and achievable. The only thing standing in our way is widespread political commitment.

With vaccines and effective treatments for hepatitis B and a cure for hepatitis C now available, elimination of viral hepatitis is both feasible and achievable. The only thing standing in our way is widespread political commitment.

Viral hepatitis is one of the most significant global health threats of our lifetime, with 10 million new infections and 1.4 million deaths each year. Yet it suffers from a historic lack of awareness and political de-prioritization.

Last year, in September 2015, governments of the world made an important commitment by adopting the Sustainable Development Goals (SDGs), which included a target of combating viral hepatitis.

Despite this key first step, hepatitis still remains under-recognized compared to other disease areas. In the SDGS, commitments were made to end HIV/AIDS, tuberculosis and malaria but only to combat hepatitis. In response to these goals, the hepatitis community convened at the First World Hepatitis Summit, in September 2015, and endorsed the Glasgow Declaration on Viral Hepatitis, which calls on governments to develop and implement comprehensive national hepatitis plans to drive action toward the elimination of viral hepatitis.

As we approach a pivotal moment in the history of viral hepatitis we, the hepatitis community, must once again convene. Adoption of the strategy is clear-cut: reducing mortality rates will not only mean a reduction in personal cost of viral hepatitis, but will also mean reduced financial costs as health systems will no longer have to deal with huge numbers of people suffering from comorbidities as the result of untreated viral hepatitis, such as liver cancer and cirrhosis.

If governments reject the strategy, they will be perpetuating the neglect hepatitis has been subject to for years and turning their backs on saving 7.1 million lives

Ahead of the Assembly, we and our 232 member organizations are calling on governments to support the adoption of the strategy and its targets. If governments reject the strategy, they will be perpetuating the neglect hepatitis has been subject to for years and turning their backs on saving 7.1 million lives. They will also be ignoring one of the key commitments of the SDGs, which is that no one should be left behind, a commitment so apt for people living with viral hepatitis, many of whom are marginalized. It’s time we properly address viral hepatitis and rid the world of these cancer causing agents that burden so many people, once and for all!

To find out more about the strategy, watch our animated video, which also introduces NOhep, a global movement to eliminate viral hepatitis, to be launched at this year’s World Hepatitis Day (July 28).