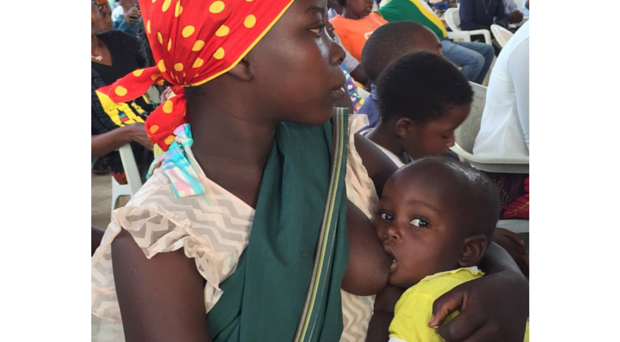 Breastfeeding in a public place - do you think this has been socially accepted?
Pixabay

Here, we wanted to ask you five thought-provoking questions inspired by research published in International Breastfeeding Journal. Let us know what you think by using #worldbreastfeedingweek and tweeting to @GHWindow.

1. Do you think breastfeeding in public has been socially accepted in your country?

Although the right to breastfeed in public has been established by law in many countries, some people feel uncomfortable seeing mothers and children breastfeeding. Some women decide not to breastfeed outside the home, or may not even commence breastfeeding because the natural role of the breast has been forgotten.

2. What are your thoughts about intravenous fluids and the effect on breastfeeding?

A pilot study by Kujawa-Myles and colleagues suggests that women who received intravenous (IV) fluids during labour and birth experienced greater breast swelling and pain than women who did not receive IV fluids.

Since epidural anaesthesia and IV fluid use is increasing in many countries, the potential for a negative impact on successful breastfeeding needs further investigation.

Joy Noel-Weiss and colleagues have previously shown a delay in onset of milk production and an increased loss of weight in babies born to women receiving IV fluids in labour.

3. Were you aware about the supply and demand of human milk versus formula milk?

Urgent action is needed as breastfeeding rates are stagnant globally, while in contrast infant formula sales are growing.

Using an economic lens to view infant feeding today, Julie Smith introduces our recent thematic series on economic issues and breastfeeding: “Breastfeeding is a global food production system with unsurpassed capacity to promote children’s food security and maternal and child health, but it is side-lined by trade negotiators who seek instead to expand world markets for cow’s milk-based formula”.

Urgent action is needed as breastfeeding rates are stagnant globally, while in contrast infant formula sales are growing. Strategies to support breastfeeding need to be properly funded in both high- and low-income countries.

4. Is there enough advice about breastfeeding during pregnancy and post-pregnancy?

Despite high breastfeeding initiation rates in many parts of the world and clear evidence of the health benefits to both mother and infant, early cessation is common. New mothers want realistic advice about common breastfeeding challenges such as expression and nipple care and advice on how to overcome these.

A study in Canada found that women would like breastfeeding challenges to be normalised in order to avoid women feeling like a failure if they experienced difficulties with their milk supply or other common problems.

5. Are mothers aware of the importance of exclusively breastfeeding infants up until the first six months of life?

Rosa Marques and colleagues conclude “the official recommendations of WHO and the American Academy of Pediatrics were reinforced by our findings, as they recommend exclusive breastfeeding during the first six months of life as the ideal feeding strategy to ensure the healthy physical growth of infants in this age group”.