Panic; major social, economic and political disruptions; border closures and violent protests; this summarizes the state of affairs in the three countries, Guinea, Liberia and Sierra Leone, where the Ebola epidemic is raging. 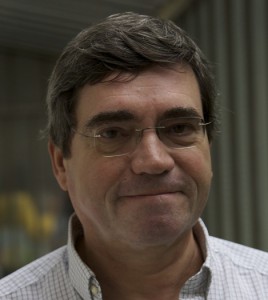 The current number of Ebola cases far surpasses the total number of cases reported for all previous Ebola outbreaks combined and it continues to rise. A review, recently published in Journal of Venomous Animals and Toxins including Tropical Diseases, traces the history and progress of Ebola epidemics starting from the very first outbreak in 1976. Researcher and guest blogger, Jean-Philippe Chippaux, explains why the spread of the epidemic is slow in the beginning, and explosive and hard to control thereafter.

The West African epidemic began in December 2013 in Guinea along the border of Liberia and Sierra Leone. As in most outbreaks, it spread slowly from the index case (the first case reported by epidemiological surveys). But even slow, it is highly infectious, passed from person to person only through bodily fluids including saliva, sweat, blood and semen. Each patient is likely to contaminate the people who provide him health care, including family members, if they do not protect themselves properly. So, the first patient contaminates others, creating new cases and the epidemic spreads exponentially in a few months.

Fruit bats are the believed reservoirs, harboring the Ebola virus in their natural habitat. The species, in which antibodies or DNA of Ebola virus have been found, live in the two forest blocks where epidemics are encountered: the West African Guinean and Central African Congolese. We also know that epidemics occur in forest monkeys that share the same habitat as bats. Human infection arises by the hunting and consumption of infected bush meat.

The delay in identifying the outbreak facilitated several transmission chains to go unchecked and cross porous borders. There are several contributing factors. Firstly, the fact that many have never experienced an Ebola outbreak severely limits community-level knowledge.  Secondly, early symptoms are often confused with malaria, typhoid, or arboviral diseases, all of which are common diseases in Equatorial Africa. Lastly, lack of epidemiological surveillance systems and diagnostic testing in poor countries further exacerbates the delay in detecting outbreaks.

The difficulty of stopping the outbreak arises from two key factors. Close proximity with Ebola victims and the funeral customs increases risk of contracting the virus. The poor public health infrastructure characteristic of many African countries meant lack of resources and training of medical personnel led to high risk of hospital transmissions. As a consequence, about 10% of deaths occur amongst health workers. Protection using appropriate clothing and disinfection during patient care and burial ceremonies should prevent the spread of the virus, as well as following the recommended incubation period of 2-21 days. The implementation of good clinical practice should dramatically limit hospital transmission.

In June 2014, another outbreak hit the Equator Province, Democratic Republic of Congo. Amazingly, this involved a different strain than the one that kicked off the unfortunate crisis in West Africa. Several hypotheses have been proposed to explain the emergence and increasing outbreaks over the past twenty years. One of the most believable is the rising deforestation, which enables increasingly close and frequent contact with forest wildlife. Climate change may be another factor. Despite the many uncertainties about Ebola, one thing is for certain, that early management after the diagnosis of Ebola virus disease should result in better and quicker control of the epidemic.