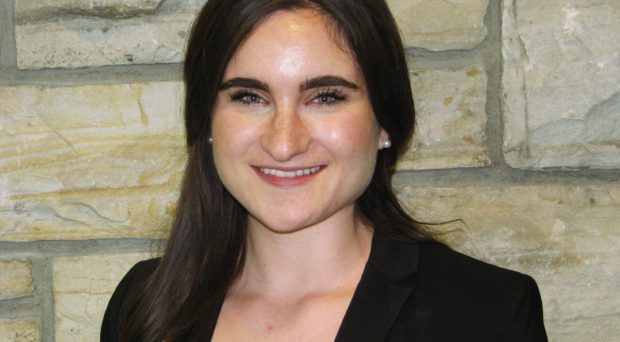 At the May meeting of the Organization for the Study of Sex Differences (OSSD), Amy Inkster’s poster titled “Sex-specific patterns of autosomal DNA methylation in the human placenta” was selected as the winner of the Biology of Sex Differences Best Poster Prize.

Learn more about Amy, the sex of placentas, and the importance of considering sex differences in pregnancy research in this Q&A with her.

What inspired you to take sex differences into account in your pregnancy research? Why is this important to you?

When we study pregnancy complications, too often sex differences are not considered, and are rarely investigated directly. During pregnancy, the sex of a developing baby (either male or female based on chromosome complement) impacts both mother and baby’s risk for developing certain pregnancy complications. For example, male babies are far more likely to be born preterm, which puts them at increased risk for postnatal inflammation and infection. I’m interested in going back to basics to understand these sex differences on a molecular level, and how they relate to sex-specific pregnancy outcomes.

Briefly describe your primary area of interest and research. Which questions are you and your lab lab looking to answer?

My lab, under the supervision of Dr. Wendy Robinson, studies genetic and epigenetic aspects of human reproduction and development, with a large focus on the human placenta. The placenta is an absolutely essential organ that develops during pregnancy to mediate fetal growth and development throughout gestation – without the placenta, none of us would be here. Many students in my lab study specific complications of pregnancy, such as preeclampsia and chorioamnionitis, and investigating how molecular features of the placenta are altered in these conditions.

It may not be immediately obvious that sex differences are relevant to pregnancy. After all, pregnancy is a phenomenon experienced only by biological females. But actually, sex is very important during gestation, and comes into play when one considers the sex of the developing baby. The placenta originates from the same pool of cells as the baby, so both baby and placenta have a biological sex. Male placentas, just like male babies, have a Y chromosome.

My research focuses on thoroughly characterizing sex differences in the placentas of normal babies delivered at term, by epigenetic and gene expression profiling. Even during healthy pregnancies, male and female babies develop differently, and their placentas exhibit sex-specific structure and function. When we understand the baseline differences in male and female placentas, we can apply that knowledge to investigate why certain pregnancy complications tend to affect the sexes disproportionately. Hopefully one day, this work will contribute to advancing diagnosis and treatment of these conditions, as it is possible that we could achieve better outcomes by considering the biological sex of the developing baby in deciding clinical interventions.

What challenges have you (and likely other researchers) faced when trying to ensure sex differences are taken into account in your research design?

Something I’ve thought a lot about recently is the fact that most biological traits with a sex difference aren’t sexually dimorphic. In other words, it’s important to distinguish between sexual dimorphism and sex-specificity. Sexual dimorphism refers to there being two distinct forms of a trait, such as human chromosome complement (females are XX, males are XY, although there are exceptions), and sex-specificity refers to features of a trait that show differences by sex but also overlap (example, male fetuses typically produce high concentrations of testosterone in the second trimester, but testosterone is also produced in females, and can be present at high levels in certain cases). The traits that we are considering in this project, such as increased risk for preterm birth in males, are sex-specific. The term “sexual dimorphism” is used often, when in many cases what’s actually being discussed is sex-specificity.

Have you had any surprising or unexpected results in your research? What were they and how have they impacted your understanding of pregnancy/placental changes?

I think it’s interesting that we are seeing robust sex differences in epigenetic profiles on the autosomes. While the X and Y chromosome are the first logical place to look for differences by sex, this research demonstrates that there are epigenetic differences by sex across the whole genome, and while small, they validate in independent datasets, so they’re robust.

What future directions do you hope to be able to explore in your research and why?

In the future I would like to investigate what implications the sex differences that we are seeing in molecular profiles might mean for placental function and fetal health. It will be interesting to further study which genes are differentially expressed between healthy male and female placentas, and to compare these differences to what we see in the case of pregnancy complications with a sex bias. Are the normal patterns being amplified to increase the male-female difference, or potentially, are new sex-specific patterns arising in these cases? 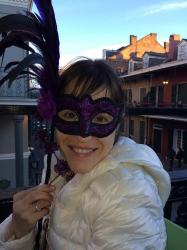