Sirtuins: What are they and why are they important?

Sirtuins are a class of NAD-dependent protein deacetylases responsible for post translational modifications, which regulate numerous important biological pathways, such as aging and cell survival. Sirtuin 6 (SIRT6) is a stress responsive enzyme which functions in multiple molecular pathways related to ageing, such as inflammation, glycolysis and DNA repair. Low levels of SIRT6 are often found in elders with neurodegenerative diseases, suggesting SIRT6 has a role in healthy ageing within the brain.

But do they have a role in learning and memory?

In addition, the SIRT proteins, including SIRT6, have been reported to be important in regulating learning and memory.

Previously, a group of researchers reported that the overexpression of SIRT6 impairs contextual fear memory formation, while another group reported that the loss of SIRT6 in neuronal progenitor cells also causes memory impairment. These results indicate that SIRT6 may have complicated roles in regulating learning and memory, so we focused on the role of SIRT6 in excitatory neurons and memory.

To further investigate the role of SIRT6 in learning and memory, we generated a conditional knockout (cKO) mouse line where SIRT6 is not expressed in calcium/calmodulin-dependent kinase II alpha-expressing excitatory neurons. We performed behavioral tests with the mice and found that insufficiency of SIRT6 level in excitatory neurons could enhance contextual fear memory in mice, while the spatial memory remained intact. 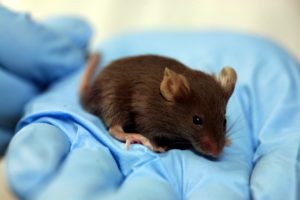 And how might this relate to clinical disorders in the future?

SIRT6 is known to have neuroprotective roles and loss of SIRT6 facilitates neurodegeneration.

Generally, cognitive functions become impaired as neurodegenerative conditions progress. However, we showed that contextual fear memory was elevated by the loss of SIRT6 in forebrain excitatory neurons. Dysregulation of conditioned fear responses is involved in post-traumatic stress disorder (PTSD), and interestingly, patients of PTSD are more likely to develop Alzheimer’s disease. Our results suggest that SIRT6 might be a key molecule connecting PTSD and neurodegenerative diseases.

But why publish this as a Micro report? 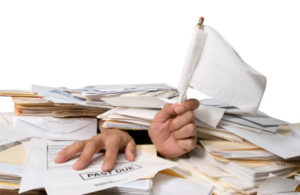 We were not in the circumstance to perform further experiments, but this is the first report which shows that the dysregulation of SIRT6 could reinforce negative emotional memory. Thus, we decided to publish our work as a Micro report.

What benefit do you think Micro reports have to the research community?

During the course of scientific research work, we often realize that some data is very interesting but needs more extensive works and effort to make the story complete. As an official publication route, Micro reports helps authors to share experimental experiences and novel data which were otherwise likely to be buried.