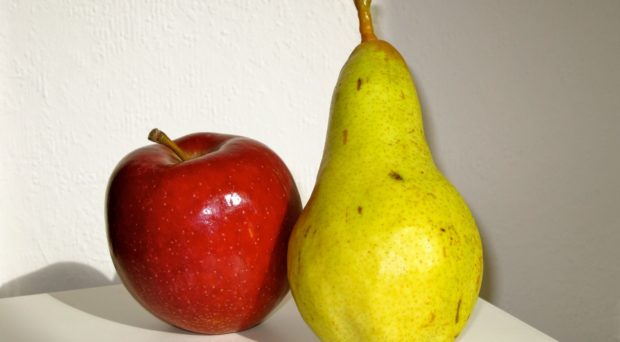 It’s no surprise that men and women have different body compositions, with men typically accumulating fat in the abdomen – the classic apple-shaped body type – and women having a pear-shape body type, with more lower extremity fat mass. But can those differences impact on the health of men and women in a differential way?

Although men and women are both susceptible to obesity, the health consequences are often different between the sexes, even when other factors, such as total fat mass or body mass index (BMI) are similar.

This observation led the authors of this recent publication of Biology of Sex Differences to consider those classic indicators, such as the BMI and total fat mass, not sensitive enough to ensure a proper understanding of the metabolic risk between men and women.

Using a unique combination of anatomic and functional imaging techniques, Schorr et al. of Massachusetts General Hospital and Harvard Medical School were able to conduct an in depth analysis of body composition and ectopic fat deposits in a cohort of overweight/obese men and women with similar age and BMI. Their findings support the hypothesis that those sex-specific differences have a greater impact on cardiometabolic risk than excess total fat mass.

At similar age and BMI the male phenotype was associated with a more detrimental cardio-metabolic risk profile.

The general apple versus pear body shape difference was confirmed, as women were found to have more lower extremity fat compared to men, who have more visceral adipose tissue (VAT). The total fat mass was also higher in women than men.

At similar age and BMI, however, the male phenotype was associated with a more detrimental cardio-metabolic risk profile. The pear shape, with fat accumulated in the lower body, resulted in a relatively protective factor.

However, despite the risk of cardiometabolic disease being higher in men than women across the weight spectrum, the sex-specific increase in cardiometabolic risk is greater in women than men as the BMI increases.

The use of Dual-Energy X-Ray Absorptiometry, Computed Tomography and Magnetic Resonance Spectroscopy to assess different fat compartments, including ectopic lipids, lean and muscle mass helped to understand the reasons behind this.

Men also presented higher intrahepatic (IHL) and intramyocellular lipids (IMCL) than women, with IMCL being a particular detrimental factor for men rather than women.

The presence of appendicular lean mass was found to be protective in both sexes, suggesting that an increase of muscle mass could counteract the effects of the ectopic fat depots even when the fat mass does not change.

To sum up, we can see how body composition affects the cardiometabolic risk in a sex-specific manner: men are more susceptible overall, but while VAT is a major risk factor for women, the most detrimental one was IMCL for men.

The mechanisms underlying those differences are still to elucidate, but sex steroids and sex-specific genetic determinants could represent key players in the modulation of body composition and its relationship with metabolic risk.

What it is sure is that the possibilities opened by the development of new methods and technologies are a fundamental step towards a complete understanding of metabolic risk associated with sex-specific fat distribution.

What is left to do now? The authors claim the importance of confirming the causality of sex differences and cardiometabolic risk-differences, and we are waiting to see longitudinal, long-term studies, which will be able to assess whether ectopic fat depots will translate into higher incidence of cardiometabolic disease between men and women.

Marta is an Assistant Editor for the BMC Series. Before joining BMC, in September 2017, Marta was working as a post-doc at the Italian Institute of Technology of Genoa, studying the neuromodulation of synaptic plasticity in the mouse brain. She has a MSc in Molecular Biology and a PhD in Physiology from the University of Milan; she is fascinated by ethology and animal behaviour.