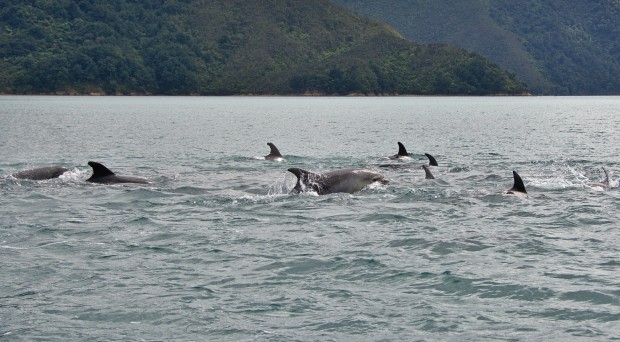 Around the world, dolphins are held in differing regards. Majestic, mischievous or outright malicious – they have enamoured and enthralled many a sea-faring folk in the thousands of years we’ve travelled the seas. Aside from their sociable nature, what is it that makes dolphins such intriguing creatures? I present a few glimpses into the wild world of dolphins:

Dolphins are apex predators, and their presence is generally pretty bad news for the local fish and squid populations – their favored foods! There are even some species that will branch out and consume corals, shellfish and even smaller whales. Speaking of which…

Despite nomenclature suggesting otherwise, the Killer Whale is a dolphin. Many attribute this confusion to a mistranslation of the 18th century Spanish name asesina de ballenas which grammatically translates to whale killer. The usage of the ‘Orca’ moniker has grown in recent years as an attempt to shake the misclassification. In spite of this name, Killer Whales tend to feed mostly on salmon and salmonid species – it takes special circumstances for them to turn on their fellow marine mammals!

There has been a great push in the last thirty years or so to move people over to eating ‘dolphin-safe’ tuna – but people will be surprised to realize that bottlenose dolphins aren’t endangered. Quite the opposite, in fact, they are a thriving, highly specialized marine predator. Though some subpopulations are under specific threats from anthropogenic influences, certainly, the wider population is resilient.

The 2009 documentary, The Cove, created a storm of publicity regarding the Taiji dolphin drive hunting practice. Though the morality of such a practice is still under a huge amount of debate, referring to a layered and nuanced cultural practice of the local community, there is certainly a trophic effect on local dolphin populations and communities.

Other human communities, however, have found themselves cooperating alongside dolphin pods, developing a cooperative fishing method and creating a win-win situation for humans and dolphins alike. The dolphins drive fish into the nets, which the fisherman scoop up – the remaining fish break formation and can be picked off individually by the cooperating dolphin.

Most of us have heard the distinct series of clicks and whistles that constitutes dolphin communication. These are generated through electrical and acoustic impulses driven through the fatty organ on the brow of their heads; the differing structural makeup of the lipid molecules in this ‘melon’ is what can change the pitch and frequency of these clicks. The clicks are used for communication and echolocation – the dolphins famed natural sonar.

The signature clicks of the dolphin are indeed, signature. They contain personal identifiers, which can be recognized at least 20 years after separation of individuals – a level of social cognition that we’ve only really seen in humans, chimpanzees and elephants.

Commonly, dolphins are thought to be second only to humans in regards to their broad cognitive abilities and social intelligence!

River species have been highly affected by anthropogenic presences – far more so than their oceanic cousins, in recent years the Yangtze river dolphin was declared functionally extinct. Nicknamed the ‘Goddess of the Yangtze’ it was one of the first hit by the rapid industrialisation of China, and held a special place in the cultural and natural history of the country.

There are a multitude of reasons, including the pollution of these river ways with pesticides, heavy metals and plastics. Collisions with boats and by-catch in net fishing also deplete the numbers of dolphins in these narrow river-ways, which by sheer volume are far more affected by physical changes.

And one last delightful dolphin fact: some dolphins like to get high, by chowing down on toxic pufferfish. 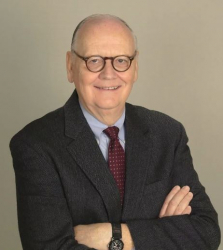 Journal Development Manager at BMC
Alexander looks after BMC's animal and plant journals, with a special focus on marine sciences. On his downtime he can be found at live music and comedy, or running RPG's.

Journal Development Manager at BMC
Alexander looks after BMC's animal and plant journals, with a special focus on marine sciences. On his downtime he can be found at live music and comedy, or running RPG's.