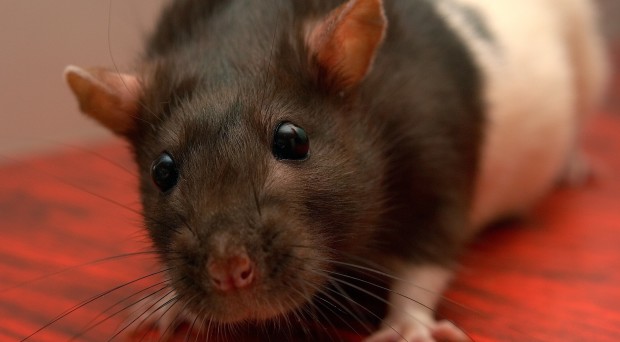 How does the estrous cycle affect gene expression in female rats?
Pixabay

Florian Duclot is a Research Faculty in the lab of Mohamed Kabbaj in the department of Biomedical Sciences at Florida State University. His work focuses on understanding how individuals, from the same sex or not, differ in emotional and social behaviors, with applications to related disorders.

Mohamed Kabbaj is a Professor of Biomedical Sciences and Neurosciences at Florida State University. His research aims at understanding the neurobiology of individual differences and sex differences in emotional behavior, social behavior, and drug addiction, in the context of psychiatric disorders including depression and substance abuse.

Can you explain what you set out to investigate and why?

It is also important to note that cognitive performances and mood levels in women vary across the different stages of the menstrual cycle, suggesting that the latter has a substantial impact on the degree and nature of such sex differences.

Interestingly, although the notion that changes in gene expression underlie the sex differences in mood and cognition has been well documented, we still don’t know the full extent of the ovarian cycle’s effect on the transcriptome and its eventual interaction with sex differences.

In this study, we sought to characterize the changes in genes expression across the ovarian cycle and to determine whether these variations impact how females and males differ. To this end, we focused on examining gene expression in the medial prefrontal cortex (mPFC), which is a critical regulator of mood and cognition in male and female rats.

Female rats display an estrous cycle (the name given to the reproductive cycle of non-primate vertebrates) similar to the human menstrual cycle with phases of high and low levels of ovarian hormones (although shorter in rats, 4-5 days, than in humans, which is 28 days).

You report that there are greater differences in the brain of females at different stages of the estrous cycle than there are between males and females. Was this what you expected?

Since ovarian hormones and estrogen in particular are known to have widespread effects on gene expression, we expected substantial differences in gene expression between the two stages of the estrous cycles that we focused on.

Since ovarian hormones and estrogen in particular are known to have widespread effects on gene expression, we expected substantial differences in gene expression between the two stages of the estrous cycles that we focused on.

However, our study was the first to investigate these differences in naturally cycling female rats in which a multitude of additional factors (hormonal or not) are at play and were thus likely to interfere with estrogens’ genomic effects.

It was thus with great surprise that we observed such a large number of differences across the estrous cycle, which exceeds 10 to 14 times the amount of differences seen between males and females.

What causes these differences between female brains at different stages of the estrous cycle?

Although these differences likely result from complex interactions between a variety of factors, ovarian hormones emerged as main candidates to explain these variations. Indeed, we found that about 41% of the genes differentially expressed between females at different stages of the estrous cycle, as well as their related biological functions, are known to be regulated by estrogens or progestins either directly or indirectly. This would therefore mean that a majority of the genes varying across the estrous cycle are not known targets – so far – of ovarian hormones.

What are the implications of your findings?

We first reveal that the mPFC undergoes a profound reorganization of its transcriptome across the estrous cycle, even in intact cycling females, and that the majority of genes between males and females were not the same in the two stages of the estrous cycle we analyzed.

We hope our work will prove useful to investigators for developing experimental designs better suited to females’ specificities.

This therefore reveals that the estrous cycle critically impacts the mPFC transcriptome, and demonstrates the need to control for the stage of the estrous cycle in research involving females, especially in the context of sex differences.

It is particularly important to note that dysregulations in the genes and biological pathways we found varying across the estrous cycle are recurring features reported upon cognitive decline or neuropsychiatric and mood-related disorders, thereby emphasizing the importance of accounting for the estrous cycle in any research using females.

In the context of an increasing consideration of females in neuroscience research encouraged by major funding agencies such as the National Institute of Mental Health (NIMH), we hope our work will prove useful to investigators for developing experimental designs better suited to females’ specificities.

What further research needs to be carried out?

Due to the ‘precursor’ nature of this work, a lot remains to be investigated. For instance, although the association of the gene expression regulations by the estrous cycle were widely supported by our analyses, we still need to clearly assess to what extent, if any, these regulations are related to variations in mood and cognitive performances known to be under control of the mPFC.

This would thus help provide insight into the differences between males and females in vulnerability to stress, for instance, and stress-related disorders. Furthermore, it would also be particularly interesting to determine whether the interactions between estrous cycle and sex differences we uncovered in the mPFC are observed in other brain areas critical to cognition and regulation of mood.

Dominique has a PhD in plant enzymology from Carleton University. She joined BioMed Central in 2015 as a member of the Genome Biology editorial team.