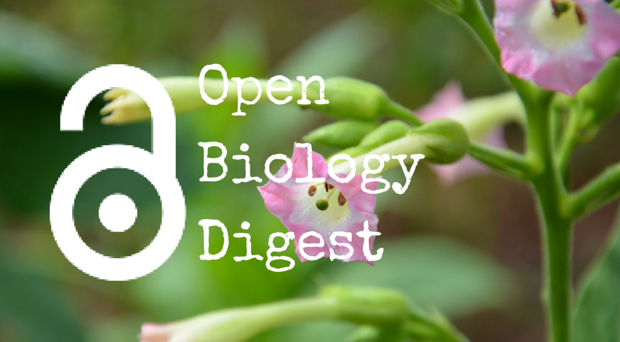 The attraction of fluorescence

The ecological function of green fluorescent protein in organisms remains unclear. How can the presence be explained in animals that are non-luminescence or non-symbiotic, as many hypothesized roles suggest?

Other hypothesized functions are unrelated to the visual signals themselves and include stress responses and antioxidant roles. This experiment aimed to test the hypothesis that fluorescence serves to attract prey.

In the laboratory, a predatory medusa known as a flower hat jelly, Olindias formosus, was used as the predator and fish as its prey. By experimenting with the lighting conditions, results found that fish were significantly more attracted to the mudusa’s tentacles when fluorescence was excited.

These findings suggest the role of green fluorescent protein could play a part in attracting prey, a function that has potential in a wide range of organisms.

Plants attract pollinators with their floral scent, and, once the pollinator has fallen for their scent, the plant rewards them for doing so by providing them with nectar. However both of these traits, the floral scent and the tasty nectar, also attract herbivores. This is a fitness cost for the plant as it could reduce its chances of survival.

To cheat this system, the plant can risk not producing one of the two traits. Native populations of coyote tobacco, Nicotiana attenuata, release the floral attractant benzylacetone. In this study, experimenters silenced biosynthesis of benzylacetone and measured the plants cost/benefits.

This was carried out in both the native habitat of the plant, and in experimental tents. Results found that both scent and nectar increases outcrossing rates of three pollinators, but the presence of both traits also increased visits from a herbivore, with nectar being more influential.

Therefore reducing nectar production is one strategy that could also reduce herbivore attack on tobacco plants. This study highlights how important it is to study both herbivores and pollinators when investigating the evolution of floral traits.

In the depths of the Brazilian Atlantic Forest, a new miniaturized toad has been described and this article provides more details about the species.

This toad has specific characteristics that distinguish it from related species, such as its snout-vent length and its color brown with a narrow orange vertebral stripe, and they were found on leaf litter of a cloud forest.

The vegetation in the area they were found has experienced severe disturbances recently, including fires and extensive cattle ranching. This therefore highlights that conservation initiatives need to be thought of to ensure the long-term preservation of species in this area, including the miniature toad.

As the body of an organism grows, organs, bones and other body parts have to scale-up to ensure they can provide what’s needed of a larger organism. For example, baby lungs will not suffice in an adult.

Unlike soft-tissue organs like the lungs, which may expand across their entire volume, vertebrate long bones only lengthen at specialized sites. These are located at their longitudinal ends where the cartilage tissue can be gradually turned into bone.

But bones are not pure cylinders, they have ridges and various protuberances allowing attachments to muscles and joints to be made. So how does the growth of bones allow for these structures to be maintained?

Here, researchers assembled a database of 3D micro-CT images of mouse long bones at various stages of development. Analysis of these image revealed that the relative position of these structures remains the same throughout growth.

This means that long bone growth appears to be isometric, i.e. if a protuberance appears 20% down the length of the bone, it will remain at 20% despite growing in length. This is opposed to allometric growth whereby the protuberance positioning could change.

The internal state of an organism has an impact on its perception of stimuli and whether it is seen as attractive or aversive. This can therefore influence its adaptive behaviors and alter its chances of survival.

These shifts in perception are critical to understand how neural circuits alter animal cognition and behavior.

This research found that when flies were starved, they became more sensitive to attractive scents, and showed reduced sensitivity to repulsive scents, compared to flies that hadn’t been starved. The authors present a functional remodeling of the olfactory map that is mediated by two neuromodulatory systems acting antagonistically.

This demonstrates how organisms avoid potentially toxic foods and optimize the detection of favorable nutrients for survival.

I found this part “Isometric bone development” is interesting. Hope to see your more posts in biology.