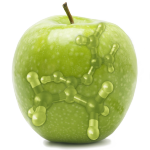 The epidemiological evidence now seems overwhelming: obesity is a major cause of cancer, which will rise with the rising tide of obesity in the well fed Western world. Elio Riboli will speak on what epidemiology can tell us about how our physiology and habits contribute to the probability of developing cancer at the second BMC conference on Metabolism, diet and disease, and in an interview for BMC Biology he explained how perceptions have changed in the past ten years.

Red and processed meat have notoriously been incriminated in increased risk of cancer, an association recently confirmed by a paper in our sister journal BMC Medicine, with fruit and vegetables, long advocated for health and long life, apparently conferring a lower risk. Now, however, the emphasis has shifted from what you eat to how much – and not just to obesity, according to Riboli, but to lack of exercise, which, he says, is almost equally to blame.

The rationale? Both fat (which as Riboli points out doesn’t just sit there but is metabolically active) and high levels of insulin (insulin resistance being a hazard of excess body mass index) result, directly or indirectly, in the production of estrogen, and high estrogen is strongly associated with cancer.

It’s not that simple however. The association is strong for some cancers – breast, colorectal, endometrial, kidney and some oesophageal cancers, but not for others (though these include some of the commonest cancers, so the total effect is large.) Most mystifyingly, the link is strong for breast cancer in post-menopausal women, but obesity in younger women is associated with a slightly reduced risk. There is no obvious way to explain this.

And although all excess food is a bad thing, it has been cogently argued that some is even worse than the rest – see our earlier interview with Lew Cantley.

At the first BMC conference on Metabolism, diet and disease two years ago, the panel discussion on the cancer-obesity connection (summarized in the post-conference blog, which has a link to a video of the discussion, for anyone interested) raised many of the questions that still arise from the accumulating epidemiological evidence – including the possibility of using the anti-diabetic biguanide drugs (metformin and phenformin) in the treatment of cancer. That discussion was the inspiration for the focus of this year’s conference on cancer and metabolism, with a special session on the potential and mechanism of action of the biguanide drugs, now believed to act on mitochondrial complex I.

This year the panel discussion will be on the possibility of preventing cancer through diet, and registrants are invited to submit their questions to the panellists, who will include Elio Ribioli, Lewis Cantley, Michael Pollak, Craig Thompson and other selected experts from among our speakers, under the chairmanship of Gregory Petsko.

Perhaps the most important question remains, given the overwhelming evidence that obesity is bad for you, what can we do?