As Halloween begins, and night inevitably creeps closer, we’ve been scouring our open access research for the creepiest, weirdest, and grossest research we can get our claws into.

The kodkod, also known as the guiña, is the smallest cat in the Americas. Not many people have heard of the kodkod, which seems to have stayed under the radar. While the kodkod looks not unlike your typical domestic cat (though perhaps with  fluffier fur and rounder ears), it has a rather dramatic reputation, according to a recent study.

The people of Chile mostly regard the kodkod as a vampire. Not just a vampire, but a sadistic murderer, a demon, or a thief, who enjoys decapitating chickens and leaving their corpses uneaten. The villagers often set out traps to ward off the furry ‘monster’ – hence why it’s becoming an endangered species. In contrast, the puma, which is considered equally dangerous, is treated with respect due to its divine and godly symbolism. Perhaps with a little PR, the kodkod could be viewed more favorably and live in harmony with humans, which was the research’s primary aim. 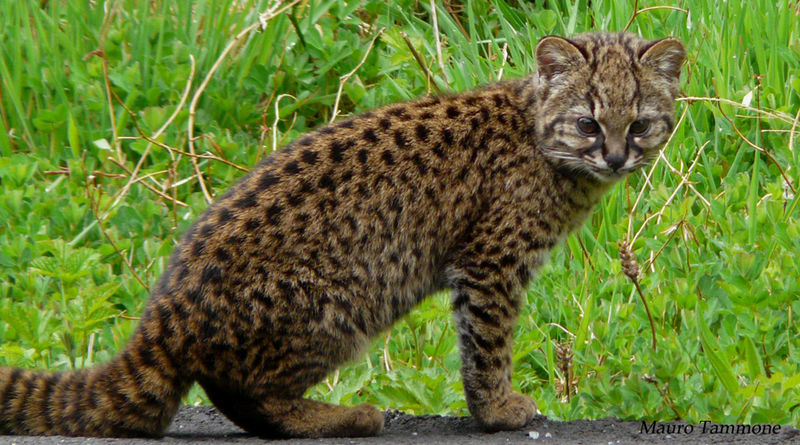 Are you ready for zombies? The Baculoviridae, a virus family, have managed to find a way to reign over Lepidoptera ( butterflies and moths). In this research, the virus changes behaviour, causing the insect to physically alter its surrounding environment. In turn, this creates a niche for the virus to survive. The virus even deactivates moulting in larvae, altering lifespan and growth patterns.

What’s scary is that this may be relevant to humans, albeit not by the same virus. Infections are known to alter behaviour, which makes us wonder: do we always have control over our actions? One for the philosophers. 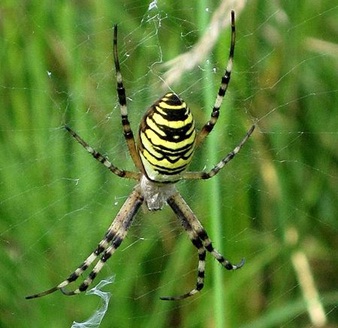 For those of you with a fear of spiders, it may be best to divert your eyes. The cannibalistic wasp spider, named for its yellow and black striped abdomen, is the subject of this research in Frontiers in Zoology. The article found that male spiders were more likely to remain faithful to their females if they were of higher quality. In other words, they knew exactly what they wanted in a lady, and if she didn’t have it, then she’d have to deal with a polygamous relationship. Only perfect females kept their males all to themselves. But what made a perfect female, exactly? Ideal females were virgins, and heavier than average. Weighty females had greater reproductive potential. However, the males often did not wear the trousers in these relationships – certain male specimens were found mutilated, without genitalia, or legs. Perhaps those females were not so perfect after all?

Laugh of the hyena

Although not traditional to Halloween, the hyena’s laugh is undeniably creepy. But that creepy laugh also tells a tale, reflecting the age, dominance, and very identity of the hyena itself (find the study here). The groan of a hyena, meanwhile, reveals its sex: males were much more high pitched.

Researchers had a rather alarming theory for why the hyenas laugh: it might be used to rally the pack. Lions often scavenge the hyena’s hard-earned kill, and  a lone hyena would stand no chance against a lion. A group of seven or more, on the other hand, could emerge victorious, so the laugh may serve as a mob call against threatening scavengers.

Scarily enough it seems hyenas aren’t as stupid as the stereotype suggests. They demonstrate high cognitive skills – and prove themselves smart predators. So if you hear this sound for real, you might want to make yourself scarce.

[…] As Halloween begins, and night inevitably creeps closer, we’ve been scouring our open access research for the creepiest, weirdest, and grossest research we can get our claws into.  […]