It is still under debate why we age. The majority of gerontologists think that aging is not genetically programmed, but it results from accumulation of stochastic damage to all types of cellular molecules, and DNA damage seems to be the most important for the aging process. Nevertheless, on the molecular level, aging is accompanied by a variety of phenomena including abovementioned accumulation of damage mostly induced by the reactive oxygen species (this view, however, is not unanimous), as well as altered gene expression profile. 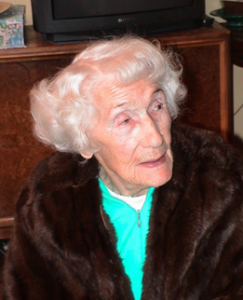 The rate of aging, length of life and the aging phenotype depend on multiple genetic, environmental and stochastic factors. Aging is accompanied by the epigenetic drift – a very subtle but progressive and disadvantageous change of the epigenome. It is still not firmly established if its features are tissue specific or common for all tissues and organs; however, it seems that some of them, such as age-associated  global de-methylation of the genome and overexpression of miR-34a might be universal, while others are tissue specific. This lack of knowledge results from a shortage of data; epigenetics of aging is quite a new field of biomedical science, and, in humans, not easy to study because of the difficult access to fresh, healthy tissues other than blood and skin.

While we have no influence on the genetic endowment and on unpredictable stochastic factors, we can influence the process of aging and the aging phenotype by manipulating the environment. By doing so, we are able to slow down the epigenetic drift or, under certain circumstances, even to reverse it. It should be noted, though, that such positive effect is only temporary. To become permanent, it requires a permanent modification of the environment. The most important environmental modification is change of the diet. Again, there is a lot of debate regarding what “healthy” diet means. However, we begin to understand how certain nutrients affect gene expression and health by changing epigenetic modifications. Regardless of their views and opinions, anyone who deals with nutrigenetics, nutrigenomics or epigenetics of aging recommends a diet based on plant products.

(Figure shows a participant of the Polish Centenarian Programme POLSTU, a study on Polish centenarians carried out between 2001-2004)