It is becoming increasingly clear that cancer is not only a genetic but also an epigenetic disease. Improper deposition of epigenetic marks is one of the hallmarks of cancer and the notion that epigenetic modifications can be critically involved in the pathogenesis of disease is constantly increasing. A point of reflection stands in the evidence that both genetic and epigenetic alteration can cause cancer in concert. For example in the manuscript recently published by the Cancer Genome Atlas Research Network [1], of the 200 acute myeloid leukemia samples analyzed, a large number displayed genetic mutations in genes coding for epigenetic enzymes, clearly indicating a complex pathologic interplay between genetics and epigenetics in cancer. It seems that we just know the tip of the iceberg and are only now starting to understand which players to look at with a close eye to networks. 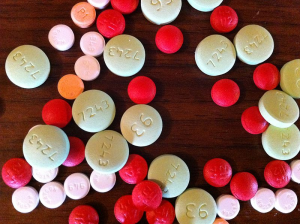 Based on this evidence, one concept is now clear; the strength point of epigenetics applied to cancer research (and in general terms to human diseases) not only relies in the diagnostic/prognostic value of some of the discovered targets and marks but also in the opportunity to revert cancer epi-mutations by identifying and characterizing inhibitors of chromatin modifying enzymes. Thus epigenetic enzymes hold great promise as targets for anticancer therapies. Several histone and non-histone targets have been identified and validated by clinical use of the first “epi-drugs”. Notwithstanding their success, a major goal of epi-drug development will be to increase the therapeutic index, mechanistically characterize the correlation between drug-target and anti-cancer effects and, of course, limit development of resistance. One attractive option is to exploit the derived knowledge and combine anticancer effects with drugs able to prevent neoplasia or reduce resistance to drug treatment. An example of this concept in a 2012 Nature Medicine article [2] clearly shows that inhibitors of a lysine-specific demethylase 1 (LSD1; also known as KDM1A) can make drug-insensitive forms of acute myeloid leukemia (AML) responsive to treatment with all-trans-retinoic acid (ATRA), an older, well-known drug.