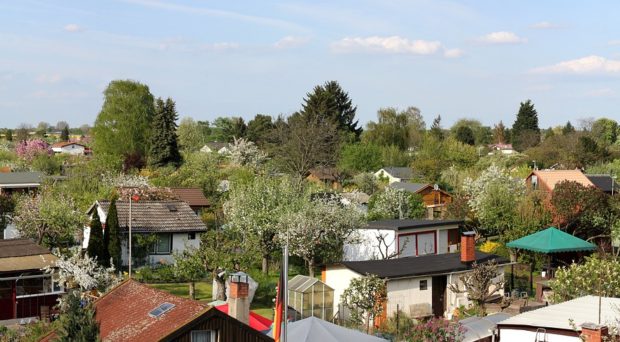 From pixabay free to use (user Jana V. M)

One of the most effective ways of controlling infectious diseases is to take measures to restrict their vectors. However, an obstacle to fighting infectious diseases can be people themselves – whether through lack of education (or access to education) or through perception and attitude towards the risks posed by the vectors. This is especially true in non-endemic areas, where the risk posed by certain ‘normal’ behaviors, such as leaving containers of water outside, may not even be fully appreciated.

Aedes albopictus, more commonly known as the Asian Tiger mosquito, is the vector responsible for carrying viral pathogens that cause diseases such as Zika and dengue. Worryingly, the mosquito has been found in 67 metro metropolitan departments in France – a non-endemic country. The mosquito thrives in urban areas because there are plenty of still water containers (guttering, flowerpots etc), concentrated heat islands, and densely populated areas providing easier access for blood feeding.

One growing part [excuse the pun!] of the modern urban environment where this mosquito can be found in are community gardens – these are social initiatives that have become increasingly popular in France over the last 20 years. Pénélope Duval and her colleagues surveyed gardeners from 288 community gardens in Lyon, to measure gardener motivation and attitude to the mosquito’s presence and its control measures.

The surveyed gardeners were mainly well educated (most had High school diplomas or above), professionally active or retired professionals, between the ages of 50-65 years and spent 2 hours or more in the community garden on each visit. Most had heard of the Asian Tiger mosquito and 85.7% of them felt they could distinguish them from other mosquitoes and flying insects. However, only 32.8% knew the mosquito possessed a distinct dorsal line.

Almost 95% of the gardeners surveyed knew the mosquito breeds in still waters, but more than 80% of them believed, incorrectly, that they also breed in vegetation. Furthermore, only 31.3% knew about the significance of biological control measures, and 9 gardeners in total could explain the different control measures available.

Alas only 10.5% of gardeners felt that the mosquito control measures currently used in their gardens were effective.

On a more positive note, a high proportion of gardeners wanted to know more about the mosquito and control measures. They conducted their own research (mostly online) and 69.7% of gardeners actively changed their habits in the garden in response to the mosquito presence for example by using insect repellents on themselves, by wearing covering clothes, eliminating standing water containers and using insecticides.

Overall, the gardeners who showed more concern about the mosquitoes were likely to take action to control their numbers in the community garden, indicating that educating people (through various media channels) about the presence and dangers posed by the mosquitoes, leads to a more conscious effort to find out about and contribute to control measures.

Executive Publisher at BioMed Central
Srimathy Sriskantharajah completed a BSc in Microbiology (UCL) and a PhD in environmental microbiology/ atmospheric chemistry (Royal Holloway University of London) before joining BioMed Central. Srimathy blogs about microbiology, infectious diseases and the environment amongst other things.

Srimathy is the Executive Publisher for Parasites & Vectors, Malaria Journal and other microbiology/ infectious diseases journals at BioMed Central.